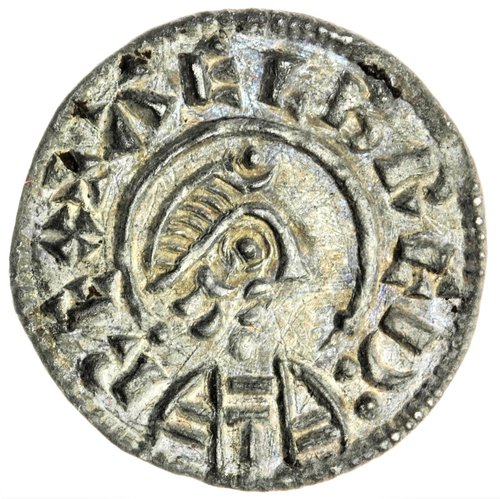 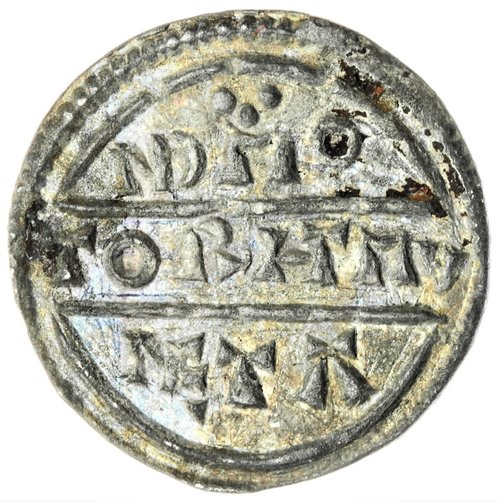 Auction: 20055 - The Ennismore Collection of Anglo-Saxon and Viking Coins
Lot: 6

Wessex, Alfred the Great (871-899), Penny, 'Lunettes Coinage', Canterbury dies, Torhtmund, 1.14g, 9h, +AELBRED: REX, diademed and draped bust right, rev. NDMO | TORHTMV | NETA in three lines, inverted trefoil above inscription in upper lunette (Corbet Anderson [1870], pp. 144, no. 11; Lyons & Mackay, obv. 1a, style i/3, as AfL1.117-118, albeit this coin not listed; BMC 471; N.625: Spink 1057), some rust deposits to reverse and fine scratches in fields, otherwise on a full flan with a trace of peripheral tone, extremely fine and very rare, only four coins of Torhtmund known for Alfred with only two available to commerce, this being by far the finer

Provenance
A W Morrison collection by private treaty with Ennismore, 2019

With both recorded examples of this moneyer from the Whitehorse (Croydon, 1862), and the Beeston Tor Cave (1924) finds accessioned into the British Museum cabinets, the provenance for this coin remains somewhat of a mystery, although a hoard discovery is also probable. On 7 July 1870, Sotheby's auction rooms saw the dispersal of W. Cotton Risley's collection, late Curate of Deddington, Oxon. His cabinet featured amongst others Saxon coins, ten Burgred Pennies, one Aethelberht, one Aethelred I, and four Alfred coins, all described as in 'varied' condition. The latter two were noted thus: "Alfred, bust to right, as Hawkins n. 172, the moneyers HEREMOD. and TORTHMUND. the letters curiously dipthonged, both fine.' Such a collection would be entirely consistent with an early 10th Century hoard, the mixture and absence of duplication within the Burgredians suggestive of a selected parcel from a larger find. 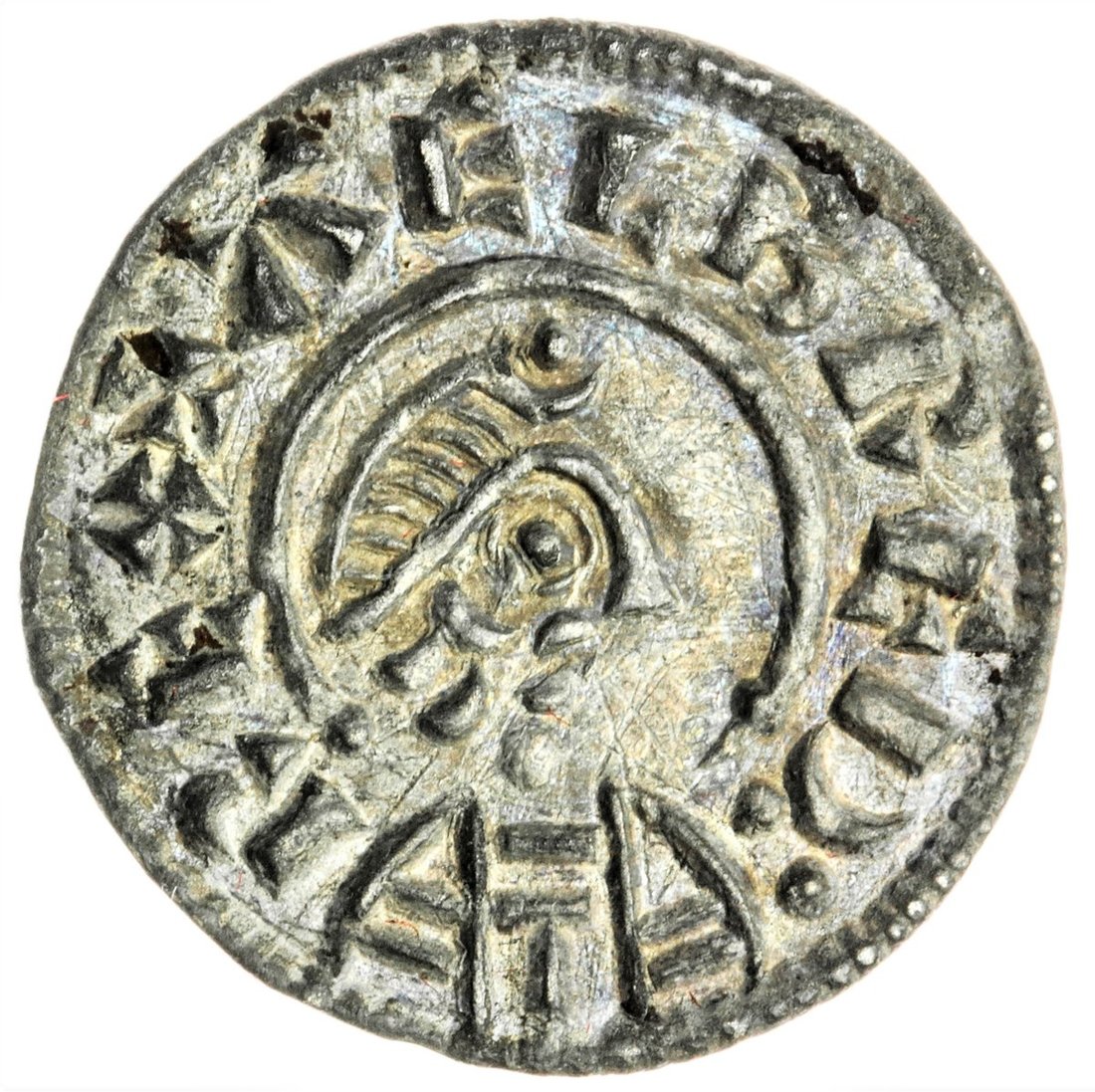 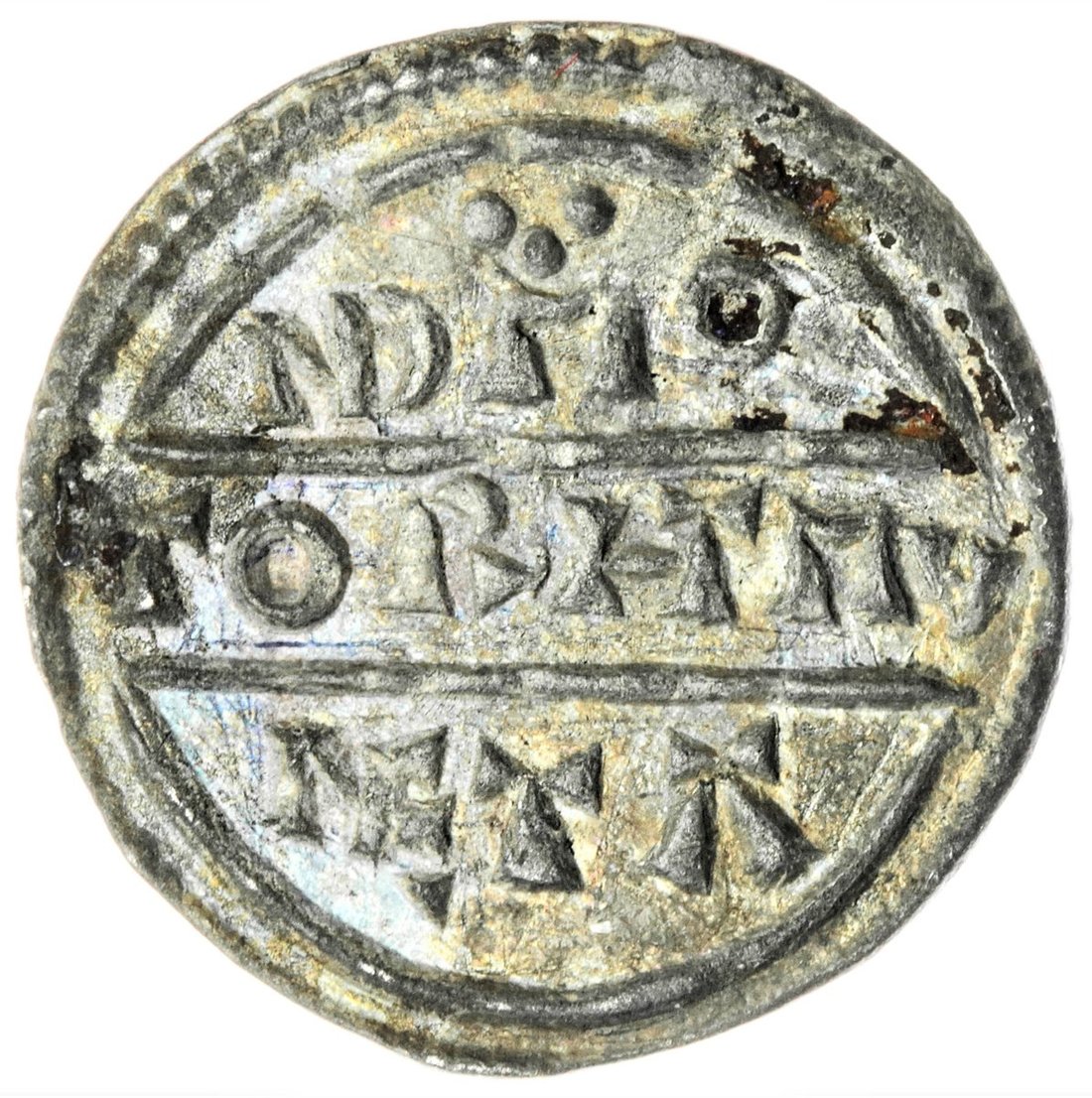