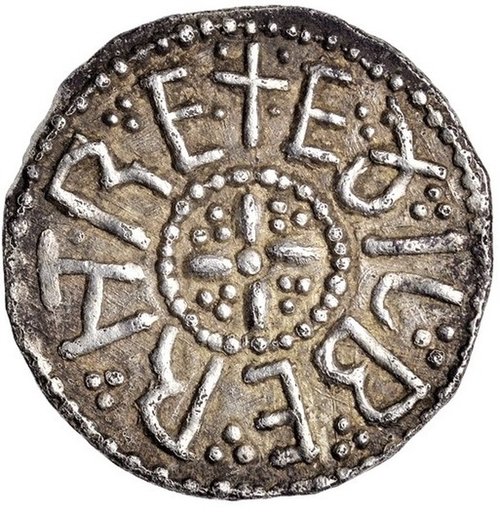 Auction: 20055 - The Ennismore Collection of Anglo-Saxon and Viking Coins
Lot: 4

East Anglia, Æthelberht II († 20 May 794), Penny, 'Light Coinage', Non-Portrait type, Ipswich [?], Lul(la), 1.30g, 9h, † EðILBERHT RE, trefoil stops between letters, HT ligate, upright lobed cruciform extending from central pellet, trefoils in angles, all within pelleted inner circle, rev. + | L | V | L in quarters of voided quadrilobe inset with central escarbuncle formed of upright lobed cruciform and long saltire fourchée, trefoil stops between letters and in fields (BNJ [2014], pp. 230-32 this coin; EMC 2014.0071 this coin; Chick -; N -; Spink 946A), a 'discovery' piece in the name of an Anglo-Saxon Saint, latterly King of East Anglia for which only four coins are known, about extremely fine and on a full flan, of the highest rarity and utmost historical importance, the only example of his coinage available to commerce 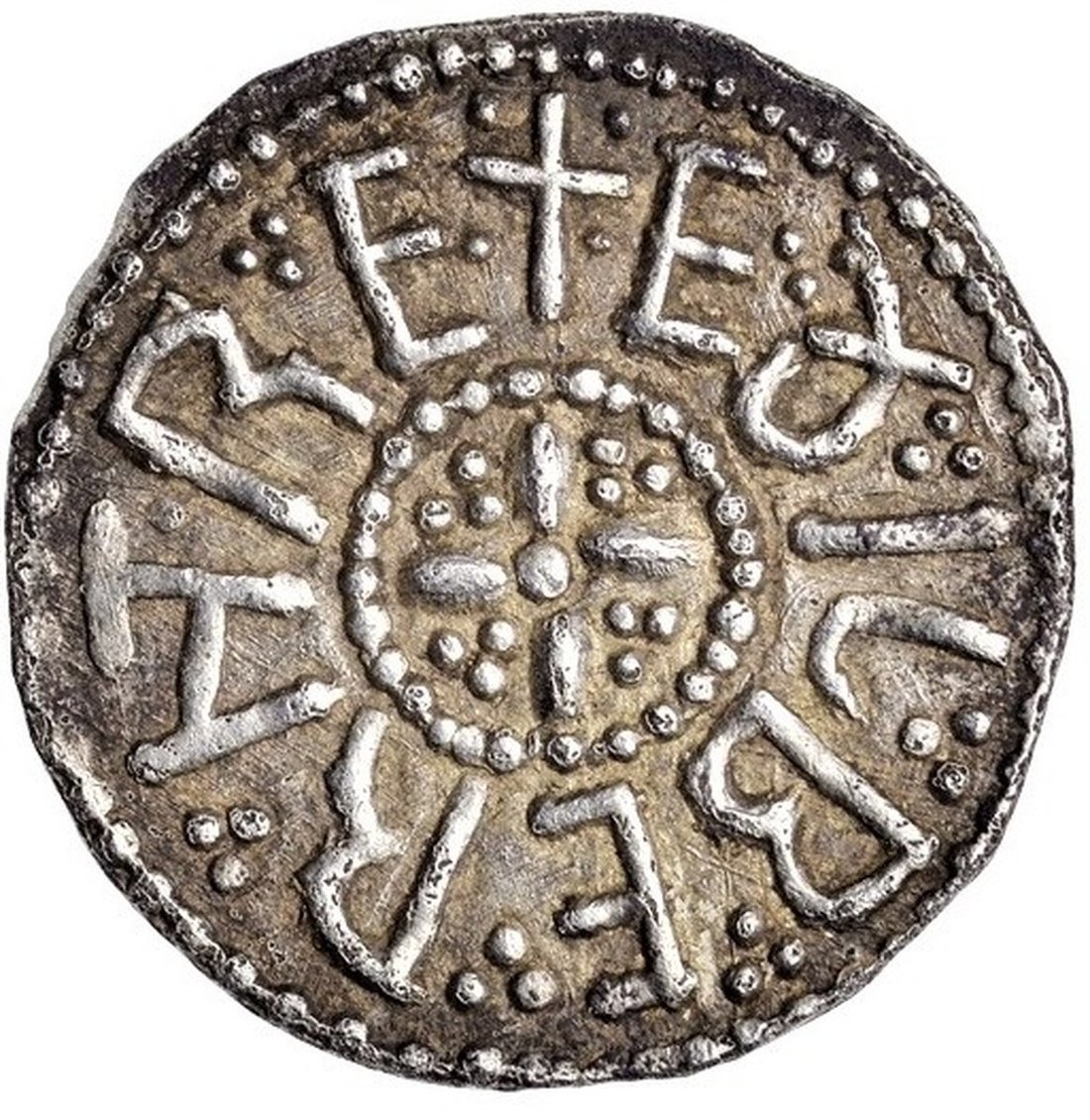 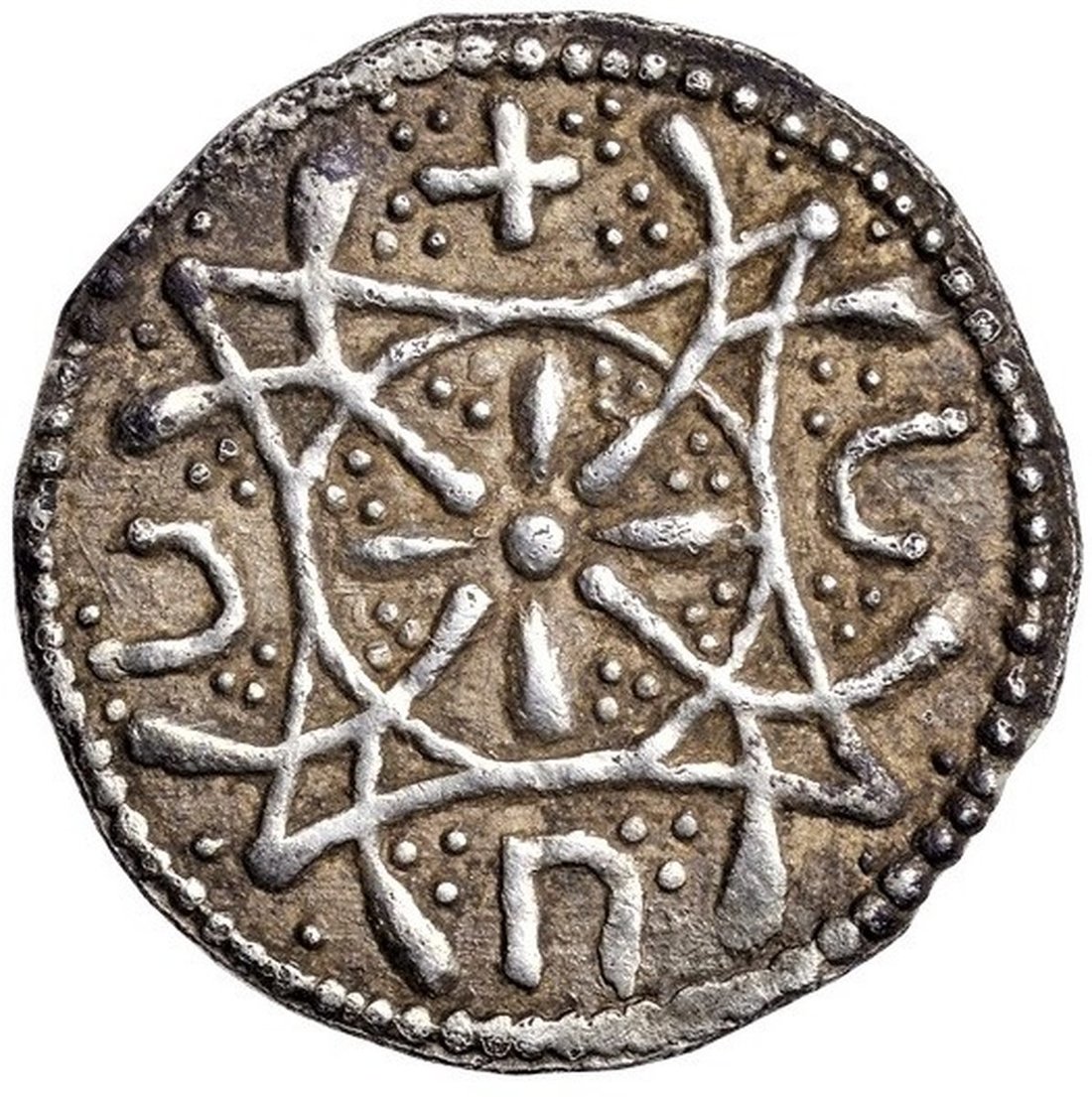