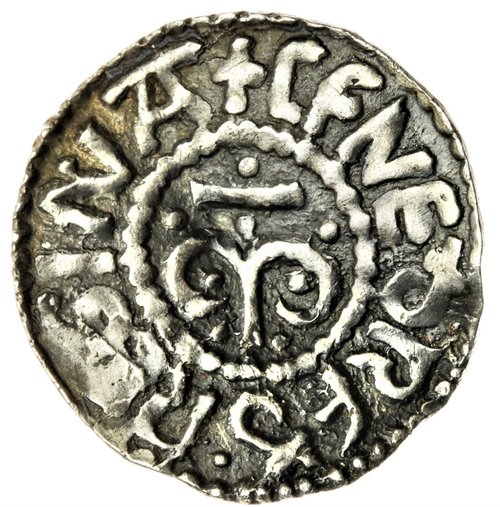 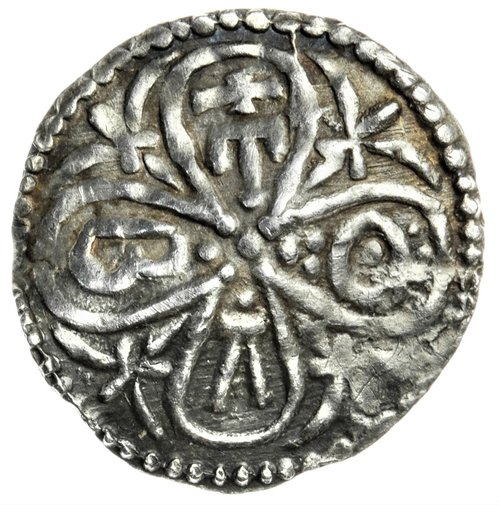 Auction: 20055 - The Ennismore Collection of Anglo-Saxon and Viking Coins
Lot: 3

Little is known of the ancestry of Cynethryth, although previous scholarship has connected her name to the legendary Mercian King Penda († 655) by way of his similarly-named wife and daughters (Cynewise, Cyneburh, and Cyneswith). Medieval historiographies however point to Frankish origins and possible exile from the continental Royal court, a factor which would account for Offa's subsequent pretence in ruling Mercia in the likeness of Charlemagne. The date of her marriage to Offa is not recorded, but Cynethryth begins appearing on Royal charters after the birth of the heir apparent, Ecgfrith in AD 770. A decade later, she is recorded as 'Regina Merciorum' and it is assumed her coinage begins soon after - the only Anglo-Saxon Queen to have such an honour.
At time of publication, only fifty-four coins of Cynethryth have been documented; fifty-two from the period of Offa's 'Light coinage' in the name of the 'Royal engraver' Eoba, and two recent single fragmentary finds in the name of 'Heavy coinage' moneyer Ludoman at London. At least thirteen of this total number are held institutionally, with the remaining examples available to commerce varying wildly from unstable fragments to the imposing examples recovered from the Aiskew Hoard (2006) and the Bascom-Lockett-Norweb specimen last seen at public sale in 1999. Although Chick divides his corpus into eleven types (nos. 138-148), realistically but four core varieties exist for her coinage: three portrait issues which make up three-quarters of the present corpus, and one non-portrait type as the example here. The dominant role of Eoba in the production of this series is abundantly clear, with the varieties in his emissions explained by the use of skilled London engravers as well as local craftsmen at his Canterbury workshop. Only twelve examples of her non-portrait type are currently known, with nine in private ownership and over half of those are chipped or in a fragmentary state. This renders the present offering quite remarkable within her numismatic corpus and equally noteworthy amongst the paucity of surviving material history from her reign. 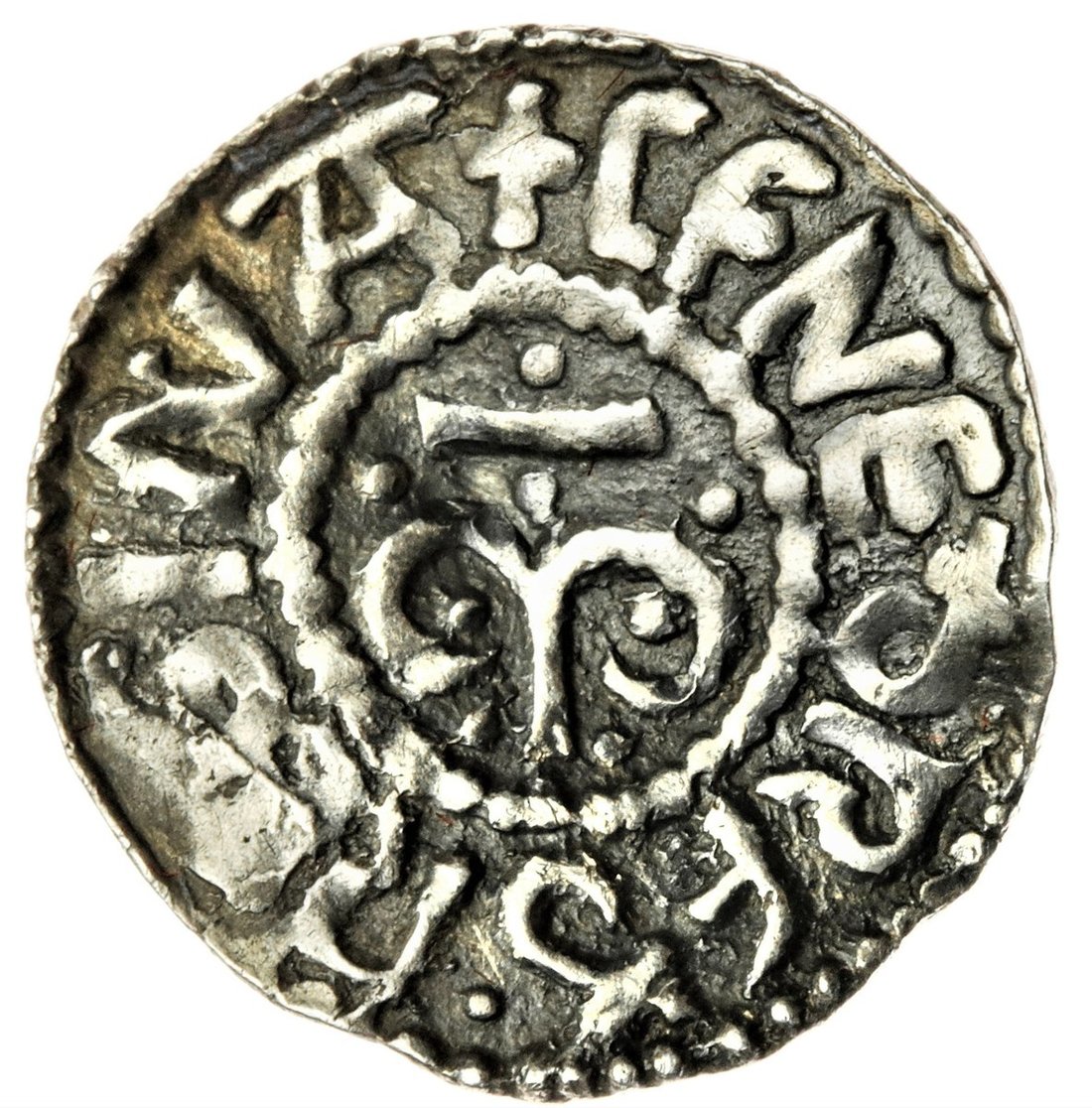 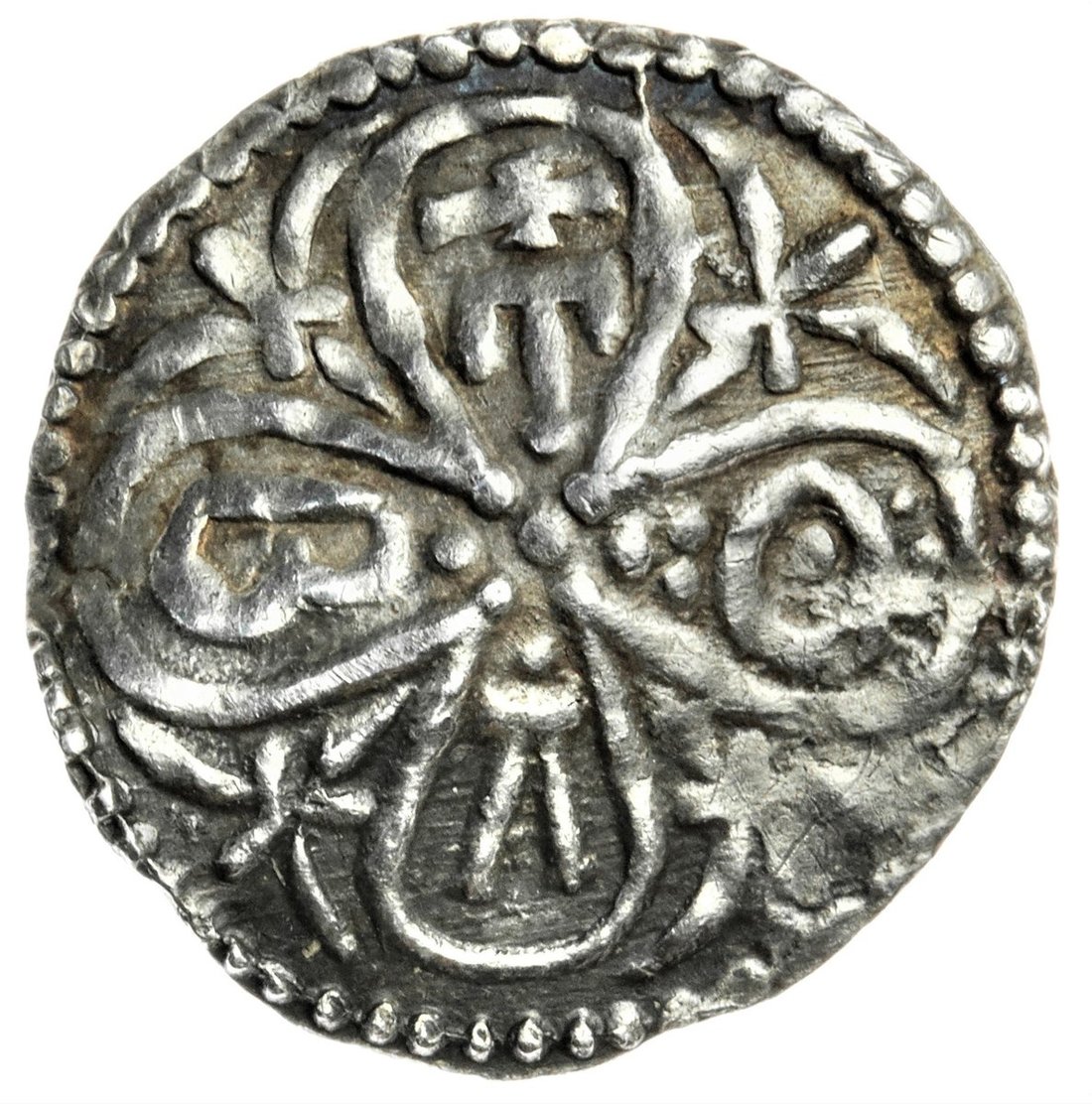