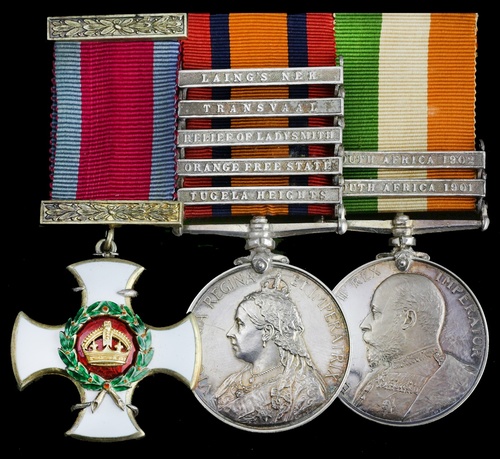 'Remember, men, the eyes of Lancashire are watching you today!'

The battle cry of Lieutenant-Colonel W. MacCarthy O’Leary, commanding officer of the South Lancashire Regiment, before the decisive attack on Pieter's Hill on 27 February 1900

An impressive Boer War D.S.O. group of three awarded to Colonel R. H. Dempster-Hall, 1st Battalion, South Lancashire Regiment, who assumed command of the Battalion on the death of the gallant O'Leary at Pieter's Hill and led them throughout the remainder of the War

Reginald Hawkins Hall-Dempster was born in March 1854, son of Captain Henry Hall, 1st Madras Light Cavalry. Educated at Wellington and the Royal Military College, Sandhurst, Hall was commissioned Lieutenant in the South Lancashire Regiment in November 1873. Having served as Adjutant from January 1883-January 1888, he was promoted Captain, July 1883 and Major, March 1893.

Hall landed in the Cape aboard the Canada on 20 December 1899, as second-in-command of the 1st Battalion to Lieutenant-Colonel William MacCarthy O’Leary. Present for the operations towards the Relief of Ladysmith, 17-24 January 1900, including Spion Kop and afterwards at Vaal Kranz, the decisive action on 27 February would see Hall take command of the Battalion.

In one of the final battles required to clear the path to Ladysmith, Conan Doyle takes up the story in The Great Boer War:

'Of the three Boer hills which had to be taken the nearest was now in the hands of the British. The furthest was that on which the Irish Brigade was still crouching, ready at any moment for a final spring which would take them over the few hundred yards which separated them from the trenches.

Between the two intervened a central hill, as yet untouched. Could we carry this the while position would be ours. Now for the final effort! Turn every gun upon it, the guns of Monte Christo, the guns of Hlangwane! Turn every rifle upon it - the rifles of Barton's men, the rifles of Hart's men, the carbines of the distant cavalry! Scalp its crown with the machine-gun fire!

And now up with you, Lancashire men, Norcott's men! The summit or a glorious death, for beyond that hill your suffering comrades are waiting for you! Put every bullet and every man and all of fire and spirit that you are worth into this last hour; for if you fail now you have failed forever, and if you win, then when your hairs are white your blood will still run warm when you think of that morning's work. The long drama had drawn to an end, and one short day's work is to show what that end was to be.

But there was never a doubt of it. Hardly for one instant did the advance waver at any point of its extended line. It was the supreme instant of the Natal campaign, as, wave after wave, the long long lines of infantry went shimmering up the hill.

'Remember, men, the eyes of Lancashire are watching you,' cried the gallant MacCarthy O'Leary. The old 40th swept on, but his dead body marked the way which they had taken.'

So it was, at the point just short of victory that the command passed to Hall. He was to be commanding officer for the victory which Buller sent the telegraphic dispatch on 28 February stating 'The main position was magnificently carried out by the South Lancashire’s about sunset.'

Hall would command the Battalion until March 1901 and again from November 1901-May 1902. Awarded the D.S.O., which was sent from London to Lord Roberts in South Africa and presented by Lieutenant-General Littleton at Newcastle on 28 April 1902, Hall was also thrice 'mentioned' (London Gazettes 8 February & 10 September 1901, 29 July 1902, refer). Promoted Lieutenant-Colonel on 10 February 1904, he retired with the rank of Colonel on 3 August the same year, donating the famous painting of the Battle at Pieter's Hill by Private J. A. Lamb to the regiment. The painting to this day resides with The Duke of Lancaster's Regiment, Lancashire Infantry Museum, Preston. He assumed the name Dempster-Hall in 1918 via deed poll from his cousin, Miss Helen Hawkins-Dempster of Dunnichen. J.P. for County Forfar and a keen shot and golfer, Hall-Dempster died on 17 May 1922; sold with copied research. 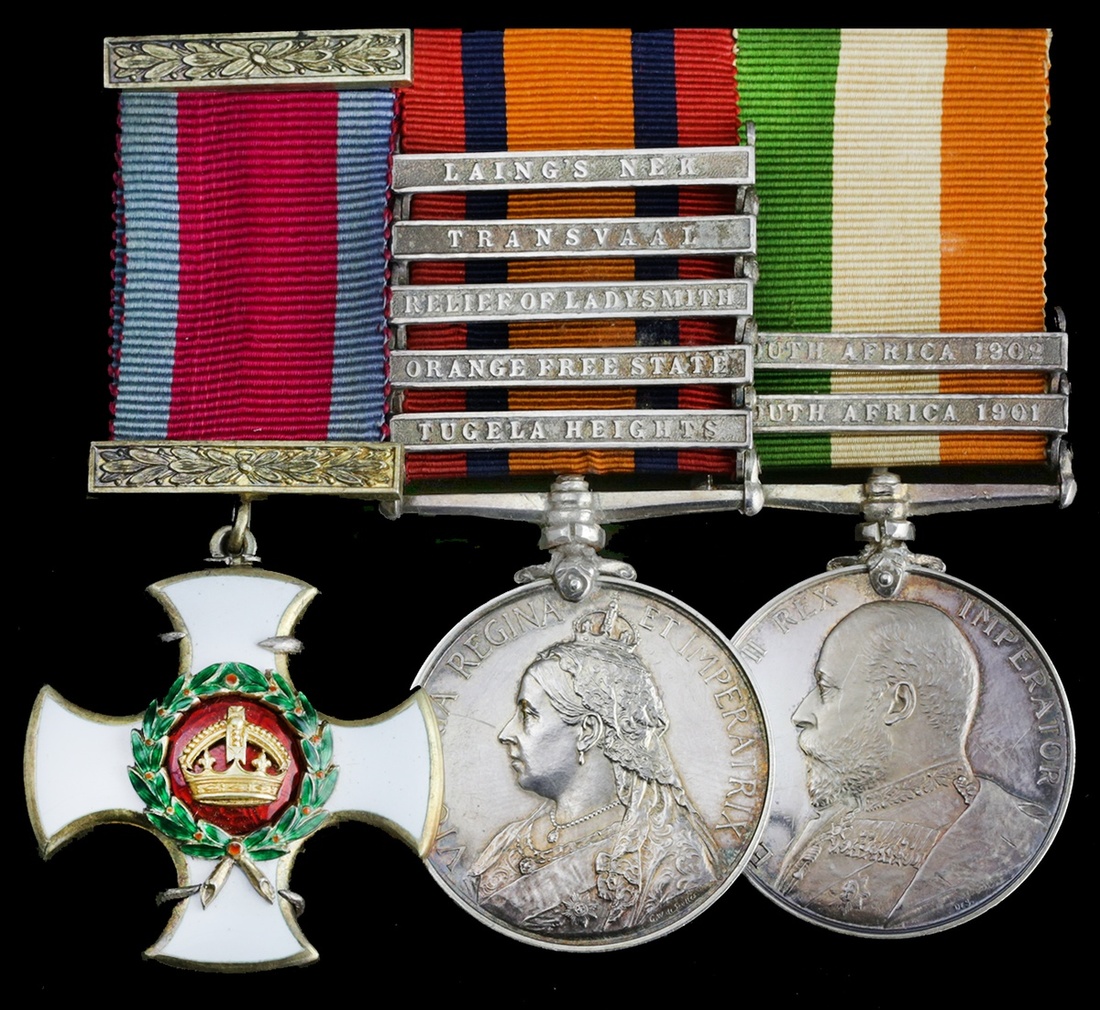