(x) An impressive and unique C.I.E., O.B.E. group of six to Lieutenant-Colonel E. C. Bayley, 15th Lancers, late Scottish Rifles, a long-served Private Secretary to the Lieutenant-Governors of India and the only recipient of the A.G.S. for his Regiment

Edward Charles Bayley was born at Edinburgh in December 1867, fourth son of George Bayley, a Writer to the Signet. Educated privately and at the Royal Military College, Sandhurst, he was commissioned 2nd Lieutenant in the 2nd Battalion, Scottish Rifles in 1887. Transferred to the 15th Lancers (Cureton's Multanis), Indian Army in 1890, he was appointed Private Secretary to the Lieutenant-Governor of the North-West Provinces and Oudh in 1899, a position he held for a further two years. He earned the rare accolade of a unique A.G.S. with clasp 'Somaliland 1902-04' to the 15th Lancers before reverting to be appointed Private Secretary to the Lieutenant-Governor of the Punjab in 1907. Whilst holding this post he would be awarded the C.I.E. (1911), Kaisar-I-Hind (1910) and Delhi Durbar Medal.

Bayley was awarded the O.B.E. on the conclusion of the Great War and retired in 1920, having held his position of Private Secretary for 13 years. A keen shot and golfer, he died on 26 April 1924 and is buried in the Dean Cemetery, Edinburgh. 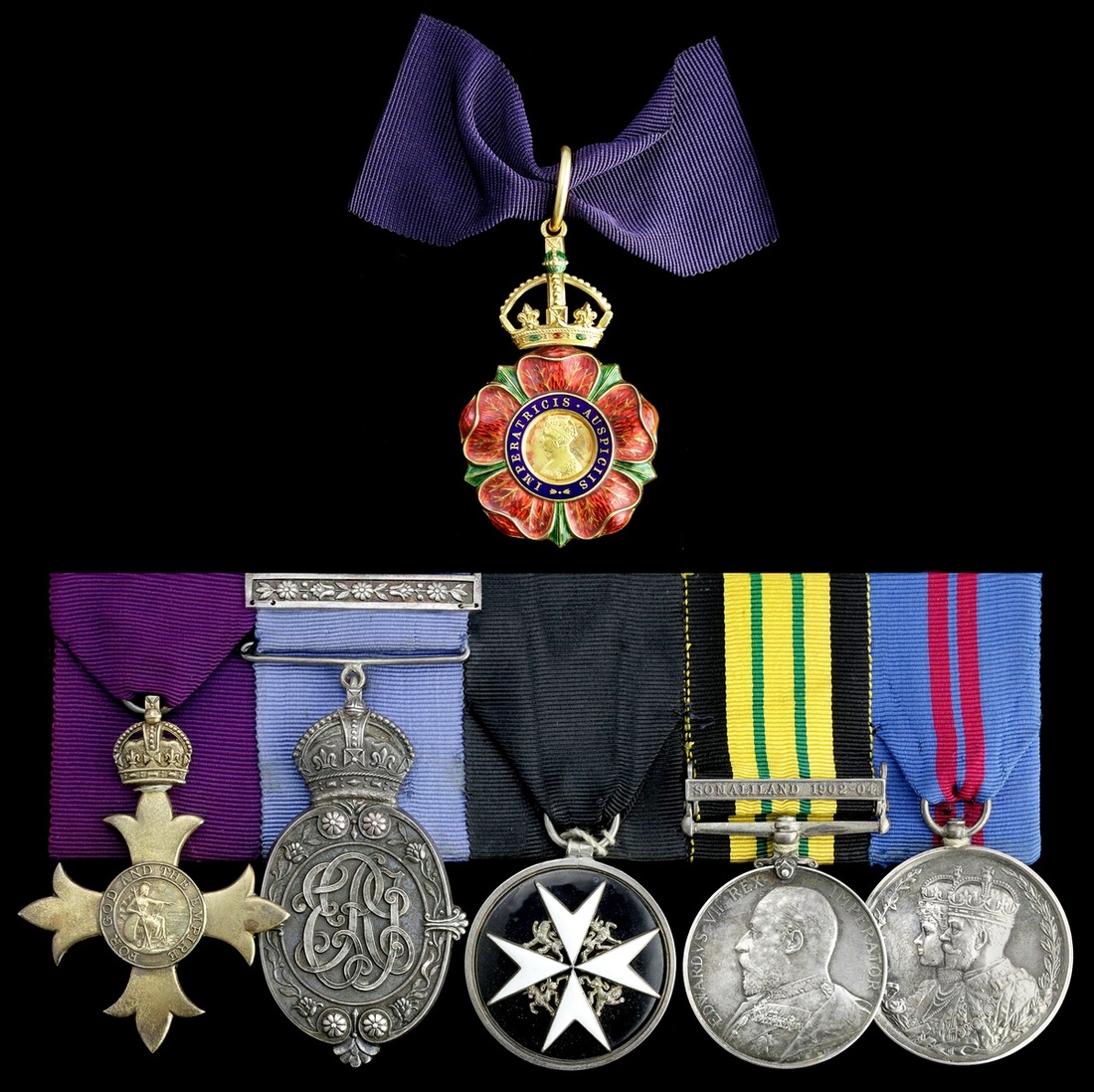