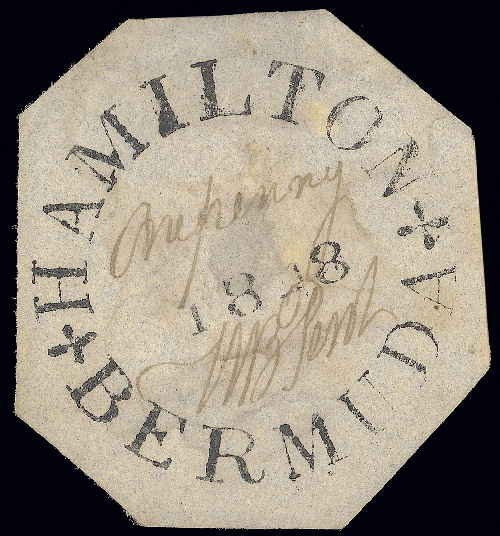 Note: Only eleven examples of Perot's First Issue are recorded with five struck in black and six struck in red.

Of the five struck in black one is known used as a seal on the reverse of an entire letter, dated 28 March 1848, from N.J. Butterfield (once Mayor of Hamilton) to Henry E. Higgs at St. Georges

Of the other four struck in black only two are dated in 1848, this example and one in the Royal Philatelic Collection

provenance:
1921: Given to Miss Trott by her nephew, Englesbe Seon

1963: Sold privately through the agency of H.R. Harmer to Lars Amundsen

1993: Bought from the Ulrich estate through a British dealer and subsequently acquired by David Saul 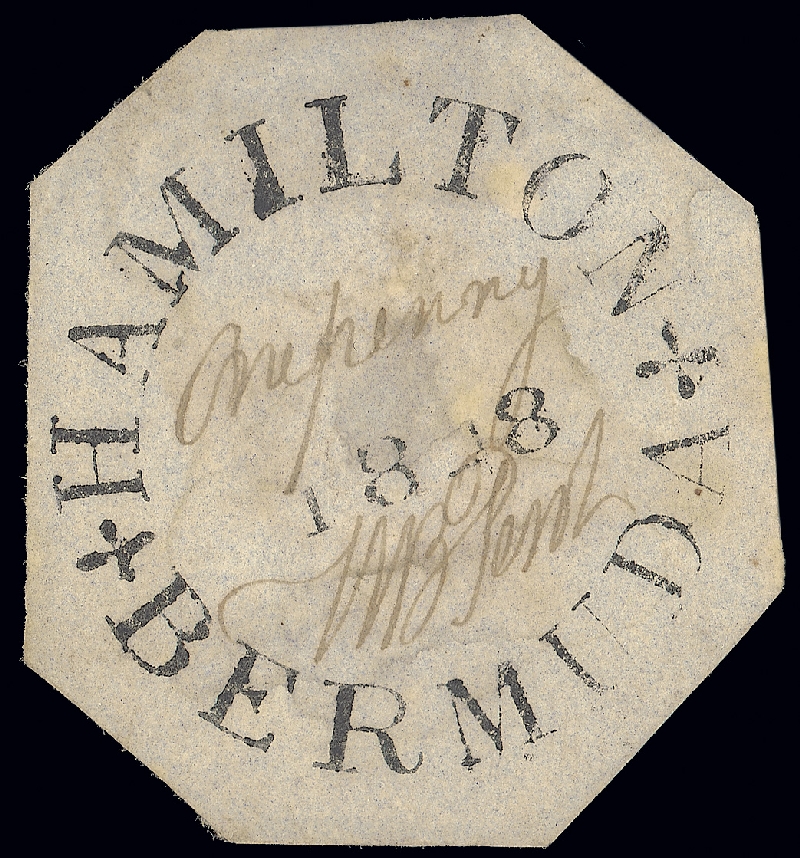