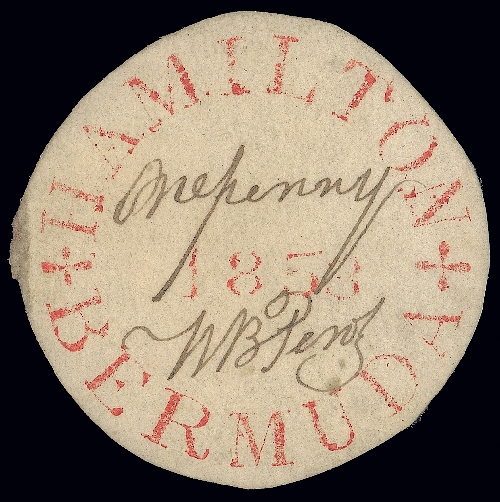 Note: Only eleven examples of Perot's First Issue are recorded with six struck in red and five struck in black.

Of the six struck in red one is known affixed to an entire letter, dated 16 April 1855, in the hand of banker N. Butterfield of Hamilton, addressed to B. Wilson Higgs at St. George's
Of the other five struck in red the stamp offered above is considered to be one of the finest and once formed a horizontal pair with the example now in the Royal Philatelic Collection

provenance:
1853: This, together with the example that now resides in the Royal Philatelic Collection, was bought from W.B. Perot by John Harvey Darrell, Chief Justice of Bermuda 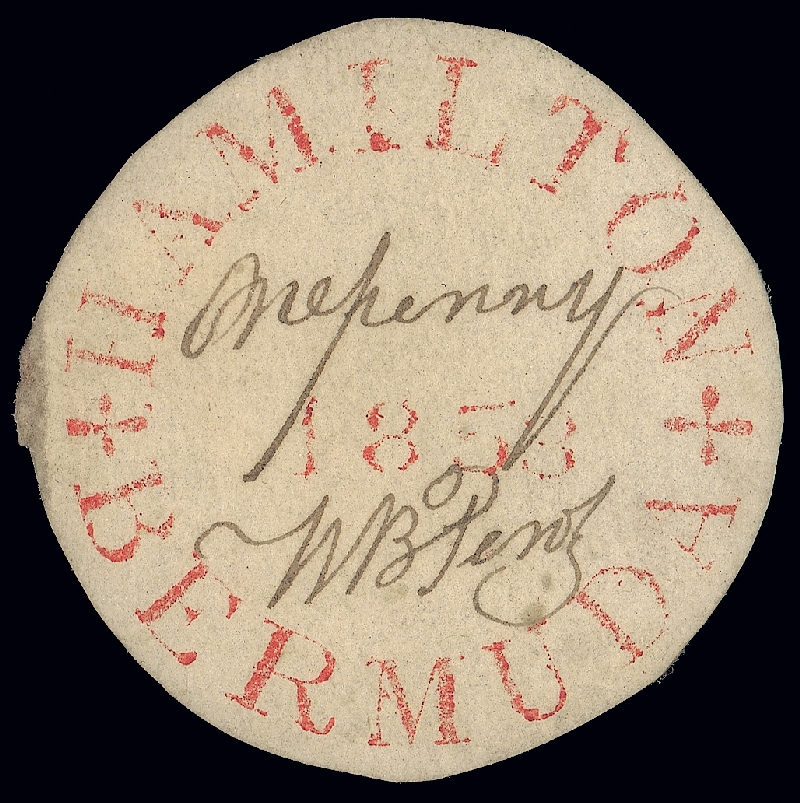