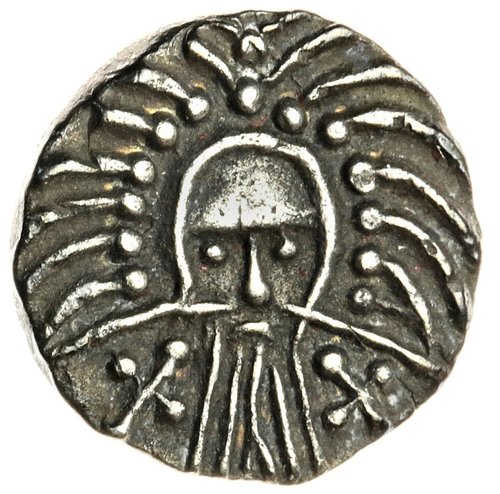 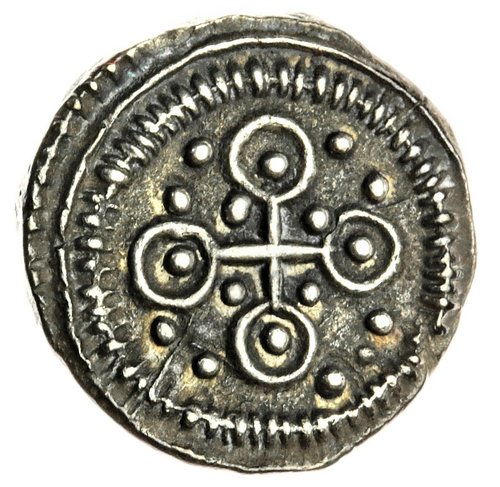 Auction: 20055 - The Ennismore Collection of Anglo-Saxon and Viking Coins
Lot: 1

The century succeeding AD 650 was a formative period in the history of this island. From which would emerge a socio-political structure of governance named the 'Heptarchy' {OE: 'Seofonrice'} of ruling 'petty' English kingdoms, and a universal religion - Christianity. The independent territories of Kent, East Anglia and Northumbria were among the first to transition away from paganism, thanks to the papal missions of Augustine in AD 595 and Paulinus in AD 604. In the West Midlands, the territory of Mercia proved more resistant to change. Their legendary King Penda waged war against the Northumbrians at Hatfield Chase in AD 633 and again at Maserfield in AD 641/42 where he twice succeeded in killing their king - both slain rulers would later be venerated as Christian martyrs.

Following this initial turbulence, it would appear that the Midlands then experienced a period of sustained prosperity during which time this coinage was struck. East Anglia and Mercia would record lengthy reigns and seamless transitions of Royal power between Ealdwulf (663-713) and Ælfwald (713-749) in the East, and Æthelbald (716-757) in the West. While coining locations have yet to be firmly established, the newly-prospering municipalities of Ipswich and Norwich are probable candidates for mint sites, like that established for Southampton {'Hamwic'}.


The concept of hedging one's religious beliefs is the defining aspect of life in this era, with Pagan and Christian influences clearly visible on this coin. On one side: the imagery of 'Odin', the Norse God of wisdom and death, and on the other: the symbol of a cross pommée redolent those borne on contemporary Heraclian gold Solidii from Byzantium. Both are symbolic, and both allegories of life and death. Perhaps such a message reflects a widely-held insecurity about the spiritual unknown? A similar fear gripped the occupant of the Sutton Hoo ship - a man who quite literally held a drinking horn in one hand, and a baptismal spoon in the other. However, the blending of such imagery may have been intended as message of hope instead - the possibility of life imitating art - side-by-side - two diametrically opposed religions peacefully co-existing. Whatever the true purpose, within mere decades of coining, the monastery at Lindisfarne would be desecrated, and the opinion of this newly fostered Christian isle forever tarnished by the 'heathen'. 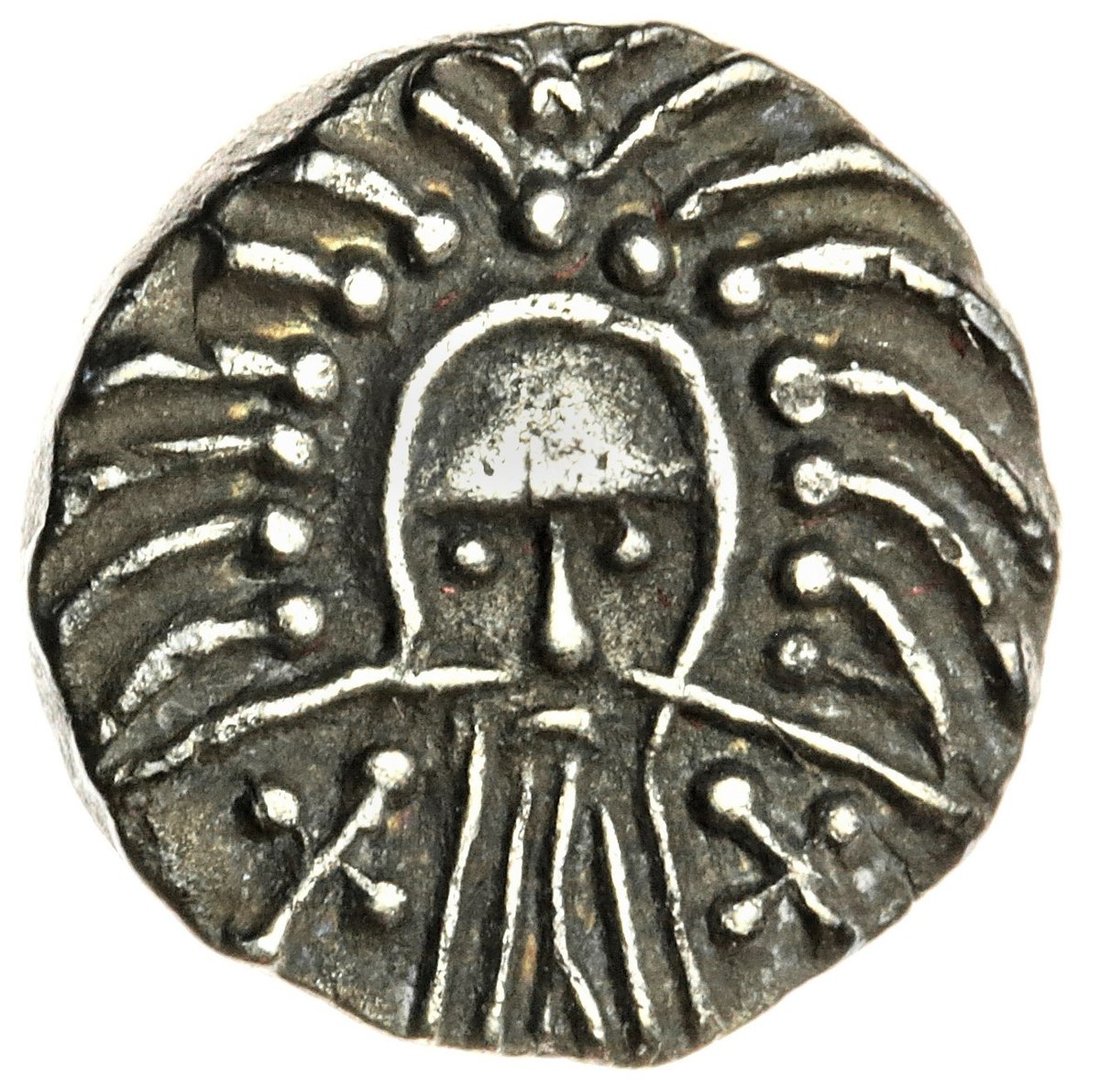 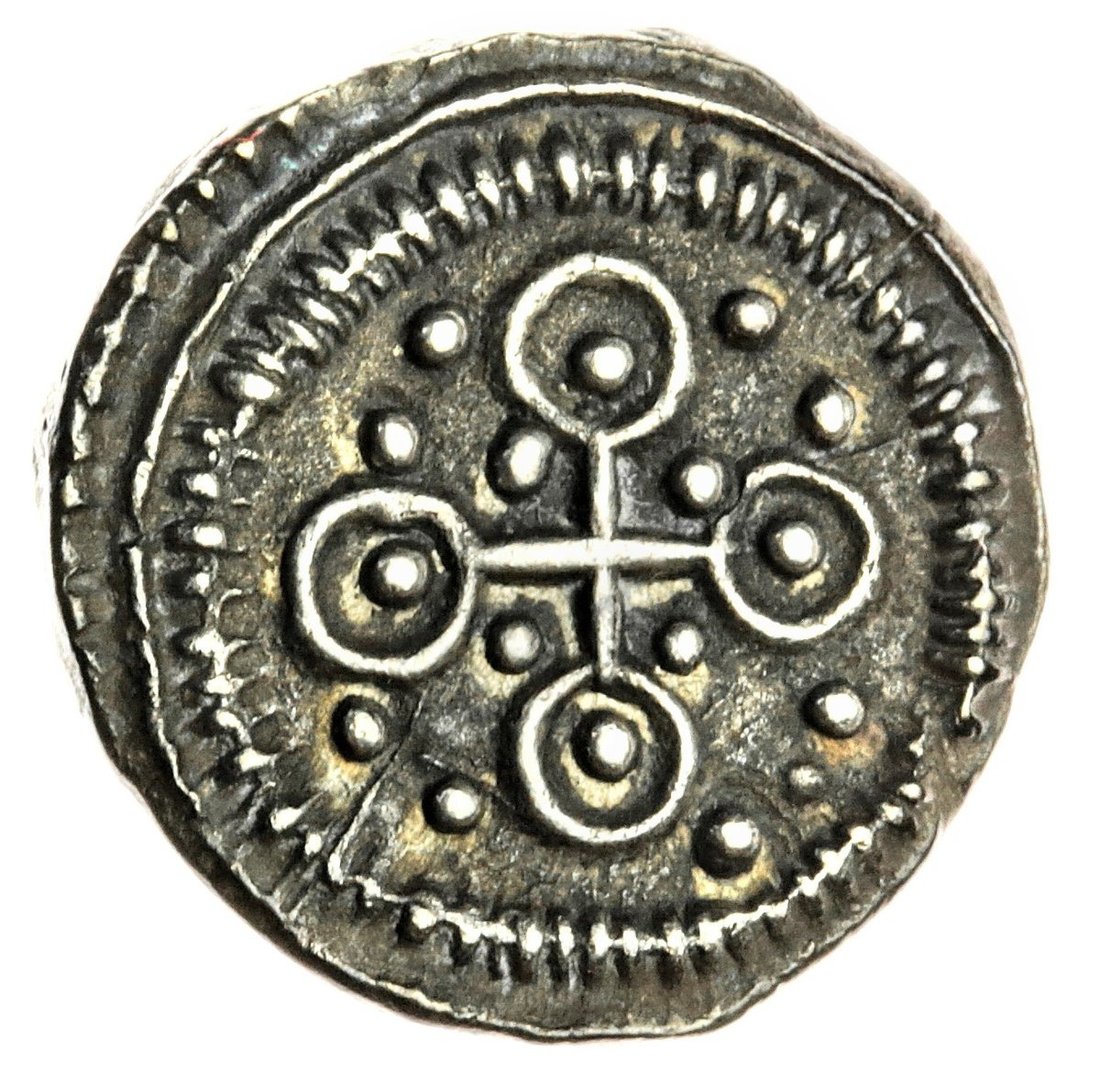