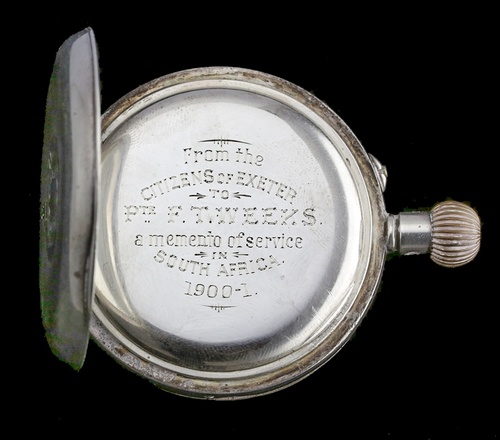 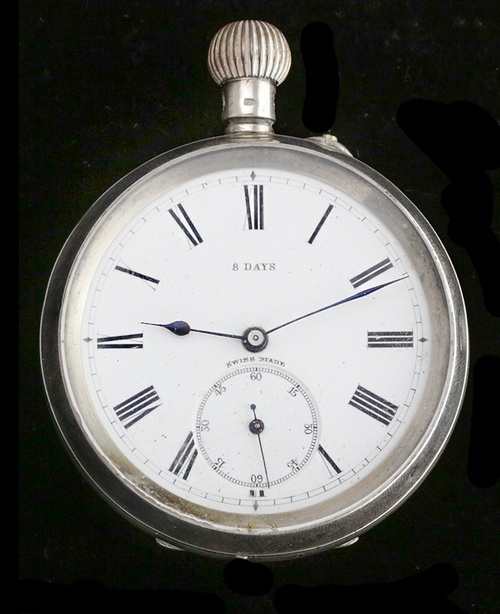 A Boer War tribute pocket watch from the citizens of Exeter

silver, Swiss made, the inside of case engraved, 'From the Citizens of Exeter to Pte. F. T. Weeks, a Memento of Service in South Africa 1900-1', lacking loop for attachment to chain, otherwise generally in good condition

The recipient served in South Africa with the Volunteer Company of the Devonshire Regiment. He was presented with his Queen's South Africa Medal by Field-Marshal Lord Roberts at Higher Barracks in Exeter on Thursday 12 September 1901.

In respect of his presentation pocket watch, the following report appeared in the Western Times, 2 July 1901:

At a smoking concert at the Royal Public Rooms last night watches were presented to 31 of the Exeter Volunteers who have recently returned from South Africa. Various tradesmen in the city and others gave 17 watches, and the other 14 were provided out of a fund amounting to about £50 subscribed by about a hundred readers of our morning contemporary. Mr G. F. Gratwicke presided, and was supported by the Rev. S. W. E. Bird, Major Weeks, Qr.-Mr. Hosegood, Capts. Ham, E. S. Perkins, and Mr J. Gould.

Private F. T. Weeks served in South Africa with the Volunteer Company of the Devonshire Regiment. He was presented with his Queen's South Africa Medal by Field-Marshal Lord Roberts at Higher Barracks in Exeter on Thursday 12th September 1901. 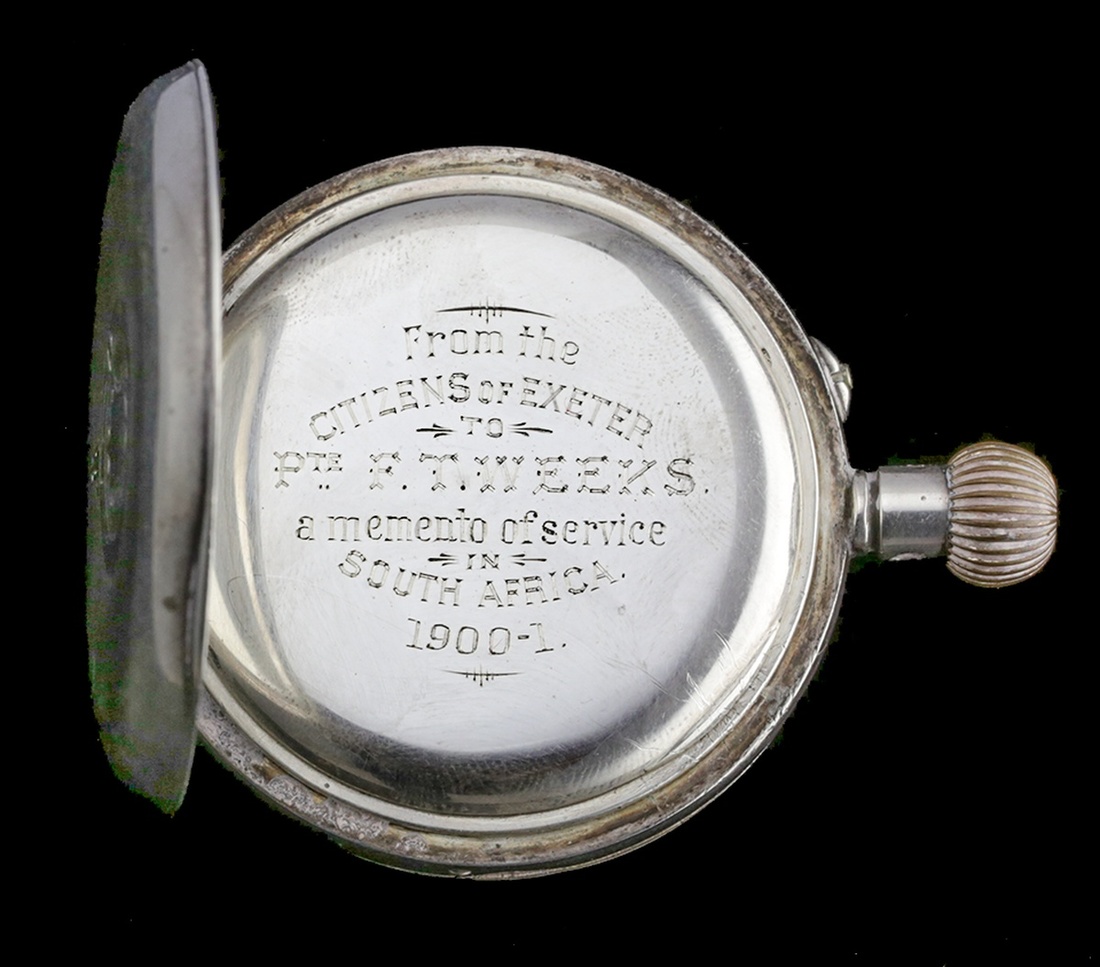 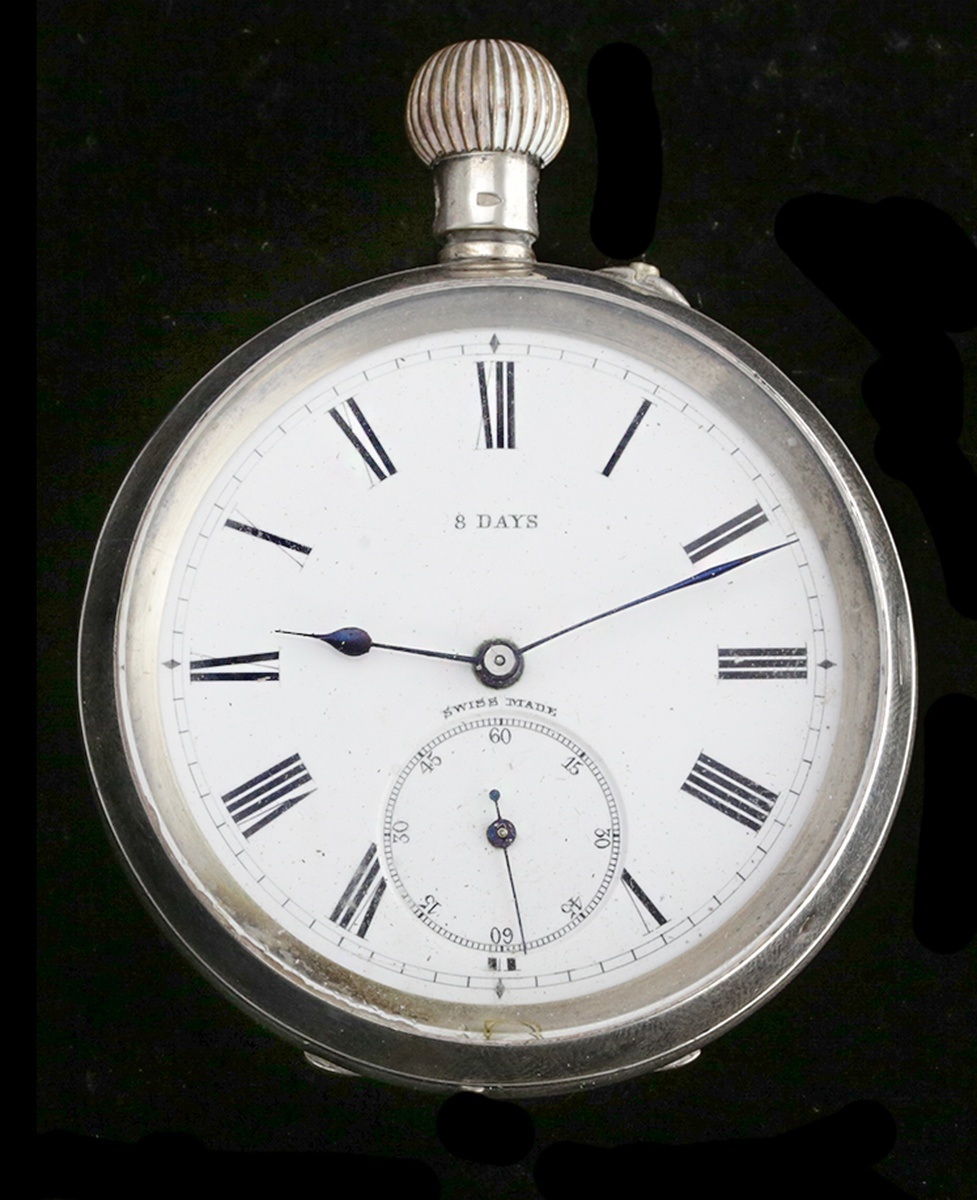