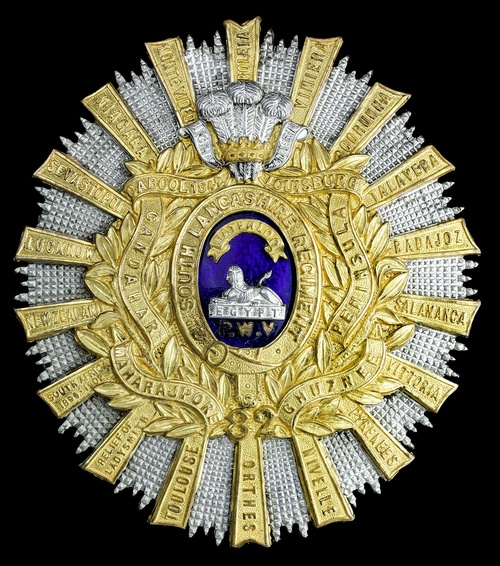 mounted on a white-metal, multi-rayed and faceted star, a gilt-metal laurel wreath with the numeral 82 at its tie and with six scrolls bearing the battle honours CABOOL 1842, LOUISBURG, CANDAHAR, PENINSULA, MAHARAJPORE and GHUZNEE and, at its top, the Prince of Wales's plumes, coronet and motto - the plumes in white-metal, the coronet in gilt-metal; at the centre of the wreath, a strap-and-buckle bearing the title: 2ND SOUTH LANCASHIRE REGIMENT enclosing, on a domed blue enamel ground, a white-metal Sphinx upon a tablet bearing the battle honour EGYPT above the letters PWV reserved in gilt and below a scroll bearing the battle honour WATERLOO; emanating from the wreath, eighteen gilt-metal rays with irregular points bearing the battle honours, reading clockwise from the top, ROLEIA, VIMIERA, CORUNNA, TALAVERA, BADAJOZ, SALAMANCA, VITTORIA, PYRENEES, NIVELLE, ORTHES, TOULOUSE, RELIEF OF LADYSMITH, SOUTH AFRICA 1899-1902, NEW ZEALAND, LUCKNOW, SEVASTOPOL, NIAGARA and MONTEVIDEO; the reverse with four threaded posts and nuts, the front mounts secured by an oval white-metal plate, two lugs and a vertical pin; some slight grazing to the enamel; 108mm x 95mm.

The earliest date for this badge must be 1905, when the battle honours for the South African War 1899-1902 were awarded. Since the regimental title changed slightly in 1920 and the battle honours for the First World War were awarded in 1924, it seems like to pre-date either 1920 or 1924. During that period, the battalion would have had two Colours - the King's and the Battalion Colour; this badge would have been used on one of the Colour Belts worn by the subaltern charged with carrying one of those Colours. 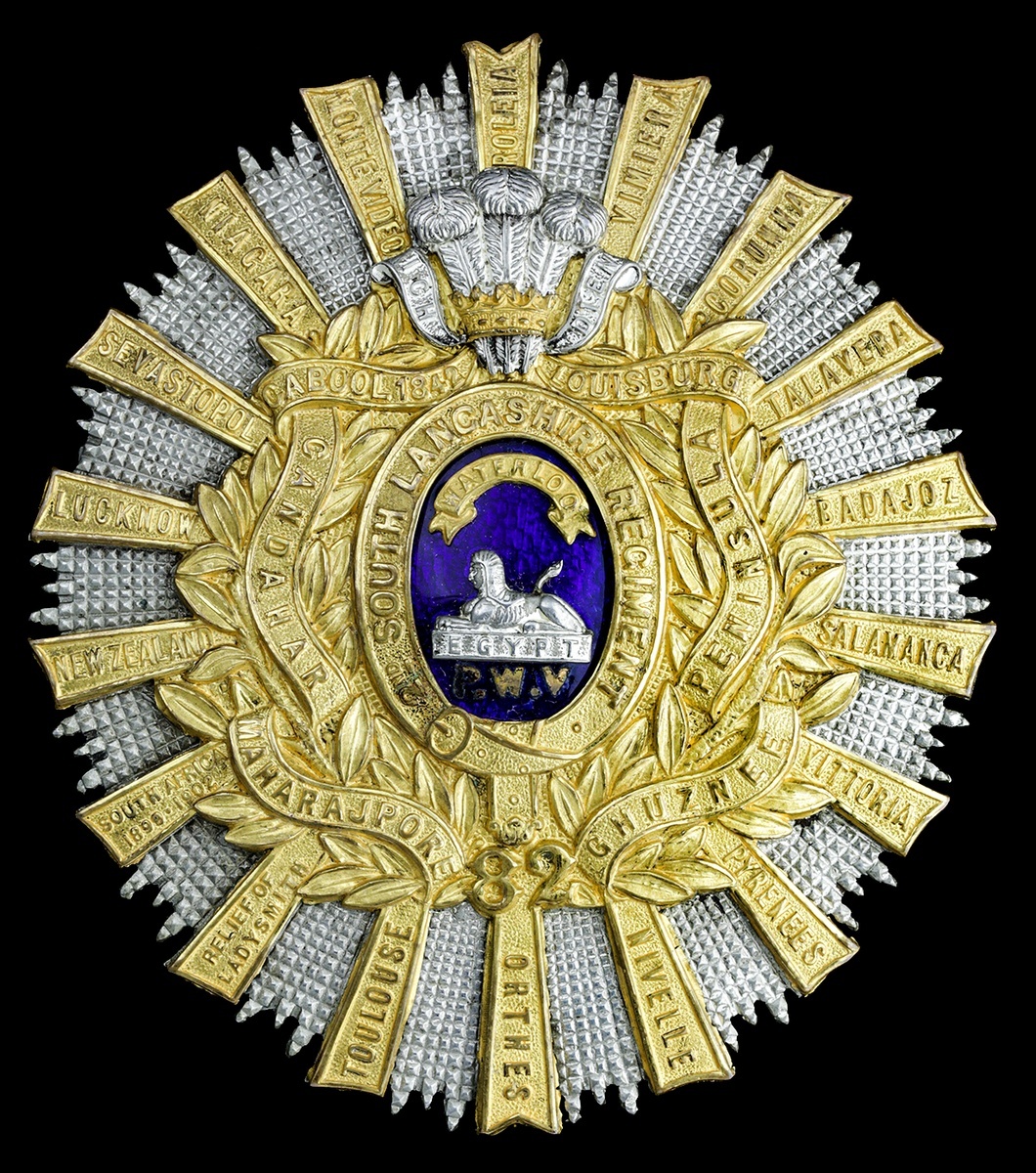