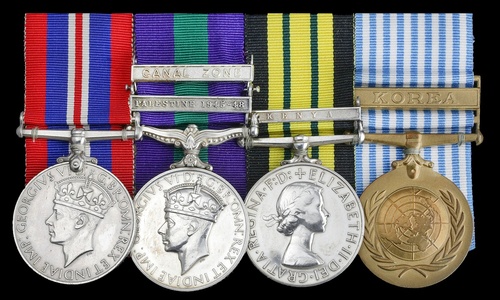 Patrick Daly was born in Northern Ireland in 1926. An Apprentice Painter by trade, he enlisted in the General Service Corps at Belfast on 24 March 1944 (Medal) before transferring to the 2nd Battalion, Royal Irish Fusiliers on 2 November 1944. He would see active service in Palestine from 16 September 1945-4 April 1948 (Medal & clasp), with the 2nd Battalion being a part of the 9th Independent Brigade. On returning home for leave, his application to join the Parachute Regiment was accepted on 19 May, having qualified as a parachutist at R.A.F. Upper Heyford, Oxfordshire. Serving in West Germany, December 1948-September 1949, Daly would also serve in the Canal Zone with the Middle Eastern Land Forces. The 16 Parachute Brigade Group landed at Cyprus aboard Triumph and Warrior in June 1951 before moving to Egypt in the Autumn until April 1952. On returning home, Daly transferred back to the Royal Irish Fusiliers in August 1853.

Despatched to Korea from 14 May 1954-7 January 1955 (Medal), the Royal Irish Fusiliers would go direct to East Africa in January 1955. Landing at Mombassa aboard the Empire Fowey the Regiment was assigned the area of West Abedare's and the Rift Valley. They spent their time hunting terrorist bandits in the Kinangops and forests, including Operation "Dante", July 1955 (Medal). Having completed his 12 years' service, Daly was discharged on 23 March 1956. He had served for over half of that time on overseas postings and one assesment states:

'A first class, well disciplined soldier. He is industrious, self reliant, honest and trustworthy. Has a good sense of humour and is quite a sportsman. Possessed boundless energy. A good round reliable man.'

Sold with the named card boxes of issue for the named Medals, an Order of Buffaloes Badge, gilt and enamel, reverse inscribed, ‘Bro. Patrick Daly, initiated 7.10.53, Faugh-a-Ballagh Lodge’, two Certificates of Service, Parachute wings and cloth badges, all housed in a file of copied research. 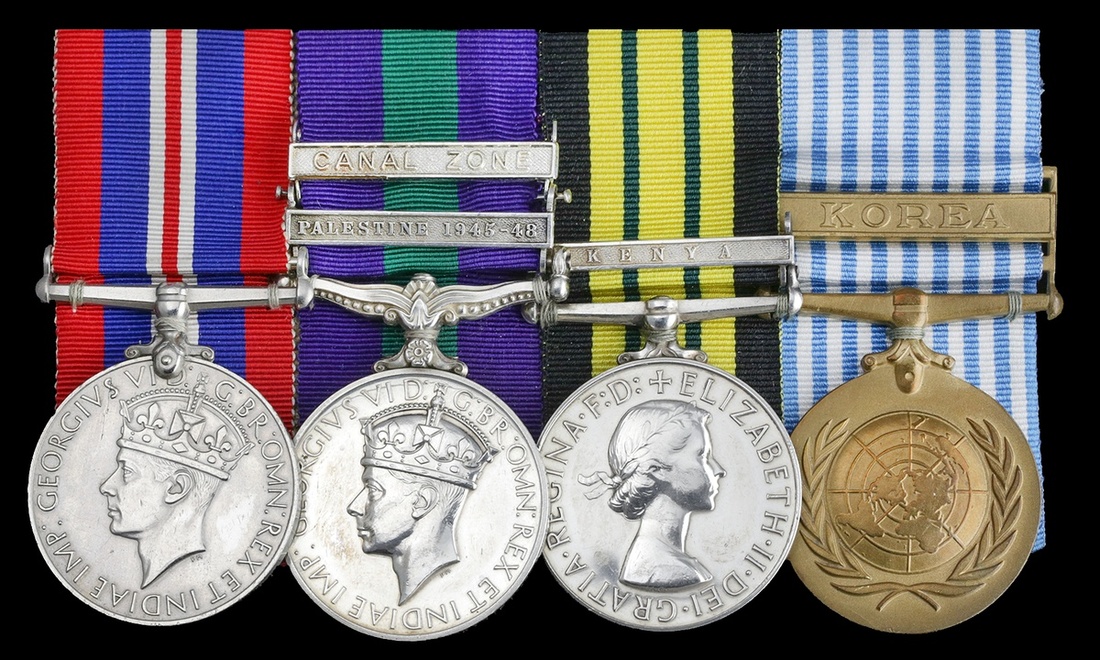