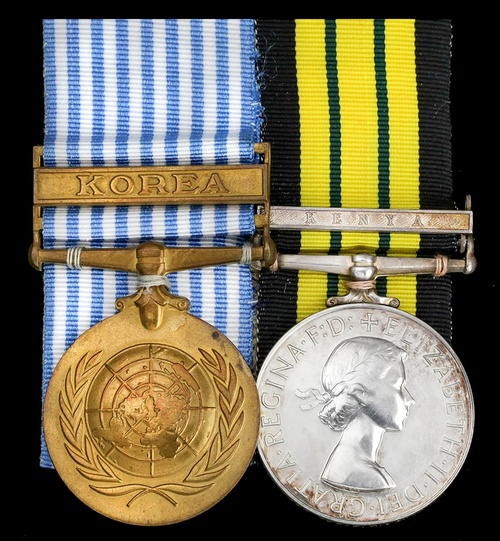 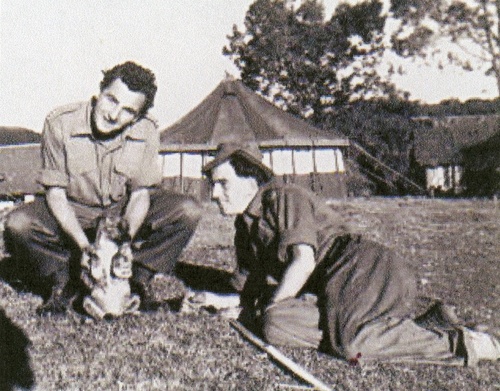 Provenance:
Acquired from the recipient's widow.

Frederic Charles Lawrence was born on 5 June 1932 at Fulham, London. The son of Richard and Ethel, who lived at 30 More Park Road, Frederic was educated at Halford Road School, St. Mark's College, Chelsea and The Hammersmith School of Building. Having finished his education to take up an engineering apprenticeship he undertook National Service until June 1953.

Having wanted to see the world during his service and having previously served in the Sea Cadets, Lawrence had hoped in vain to join the Royal Navy. Instead he was advised by the Recruiting Officer:

'If you wish to see the world, enlist in an Irish Regiment, they travel!'

He did just that and enlisted into the Royal Ulster Rifles. Having completed basic training in Ireland, he soon found himself posted to Charlottenburg, West Germany as part of the British Army of the Rhine. Besides patrolling as part of 'The Berlin Brigade' in November 1953, Lawrence would see himself on guard at Spandau Prison, guests at that time including Rudolph Hess. Whilst in Berlin, Lawrence's career met a junction. He found himself transferred to 'B' Company, 1st Battalion, Royal Irish Fusiliers, who themselves were being brought up to strength to be deployed to Korea. He served on the Korean Peninsula on Garrison duties after the armistice of 15 July 1953 - thus not entitled to the Queen's Medal. Lawrence's fondest memories whilst as the Company Store Keeper were the ' ... daily tot of rum and Mars bar during the bitterly cold winter.'

Having enjoyed 10 days' rest and recuperation in Tokyo, together with $10 and 3 condoms courtesy of the American Army, Lawrence was returned to Korea. The 1st Battalion next sailed in January 1955 aboard the S.S. Devonshire to East Africa, via Hong Kong and Singapore, landing at Port Kilindini on the Empire Fowey. Serving as part of the 49th Brigade, 'B' Company were based at Kundu Kuhinge and took part in Operation "Dante" besides other terrorist patrols. Returning to the United Kingdom in 1955, Lawrence was discharged in August 1955, his papers stating:

'A quiet mannered man, completely honest and trustworthy. He is clean in appearance and works well with the minimum of supervision.'

Living in Walthamstow he later became Chief Mechanical Engineer for the Greater London Council and was made a Freeman of the City of London in October 1983. A keen Mason, Lawrence died on 19 May 1995 and was cremated at Putney Vale, the service being attended by several hundred family, friends and comrades; sold together with the named boxed of issue for the GSM, two gilt and enamel Masonic awards in card boxes of issue, the recipient's cap Badge and caubeen, housed in a folder with detailed copied research and first-hand accounts and photographs from which this biographical note has been sourced. 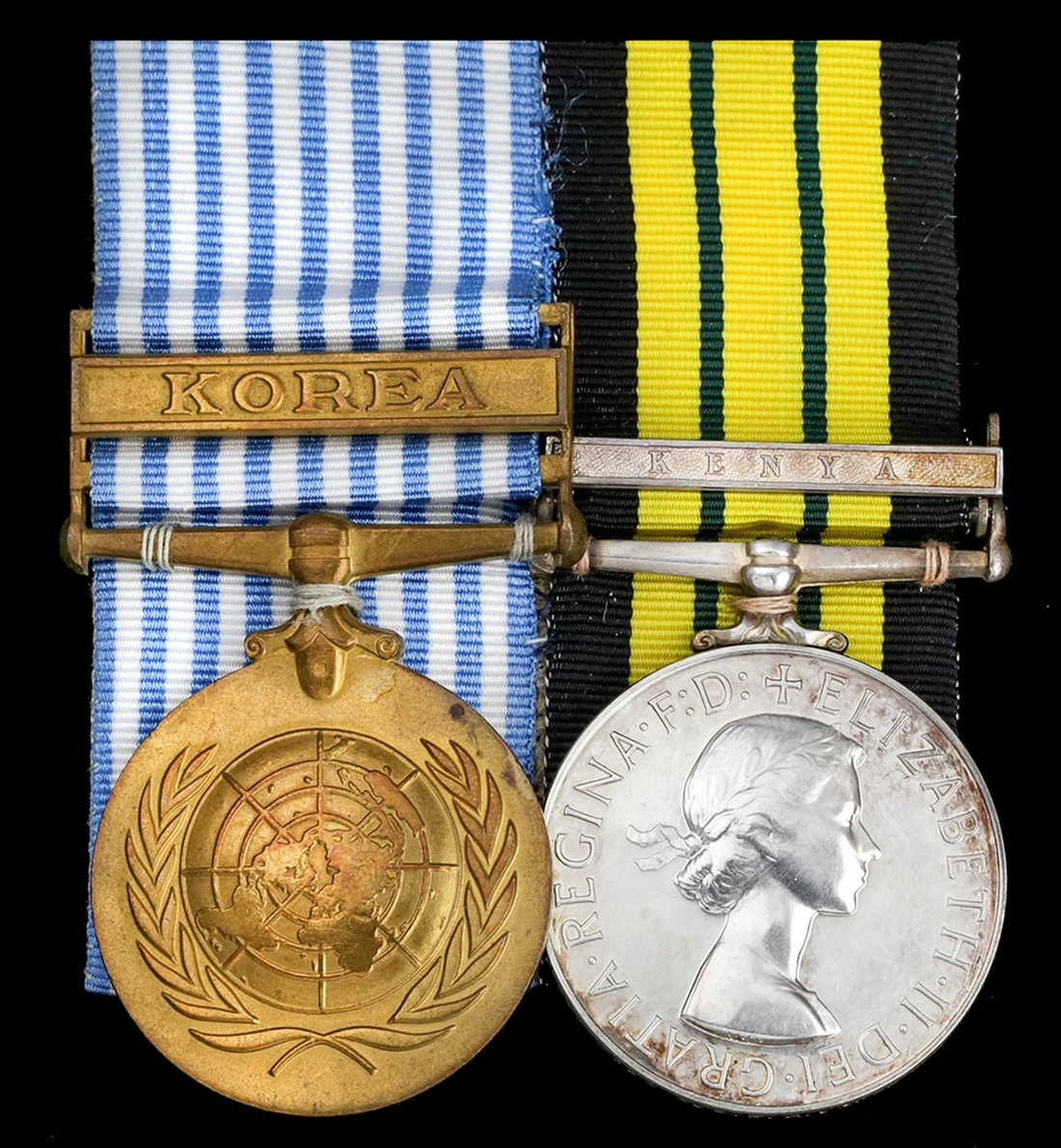 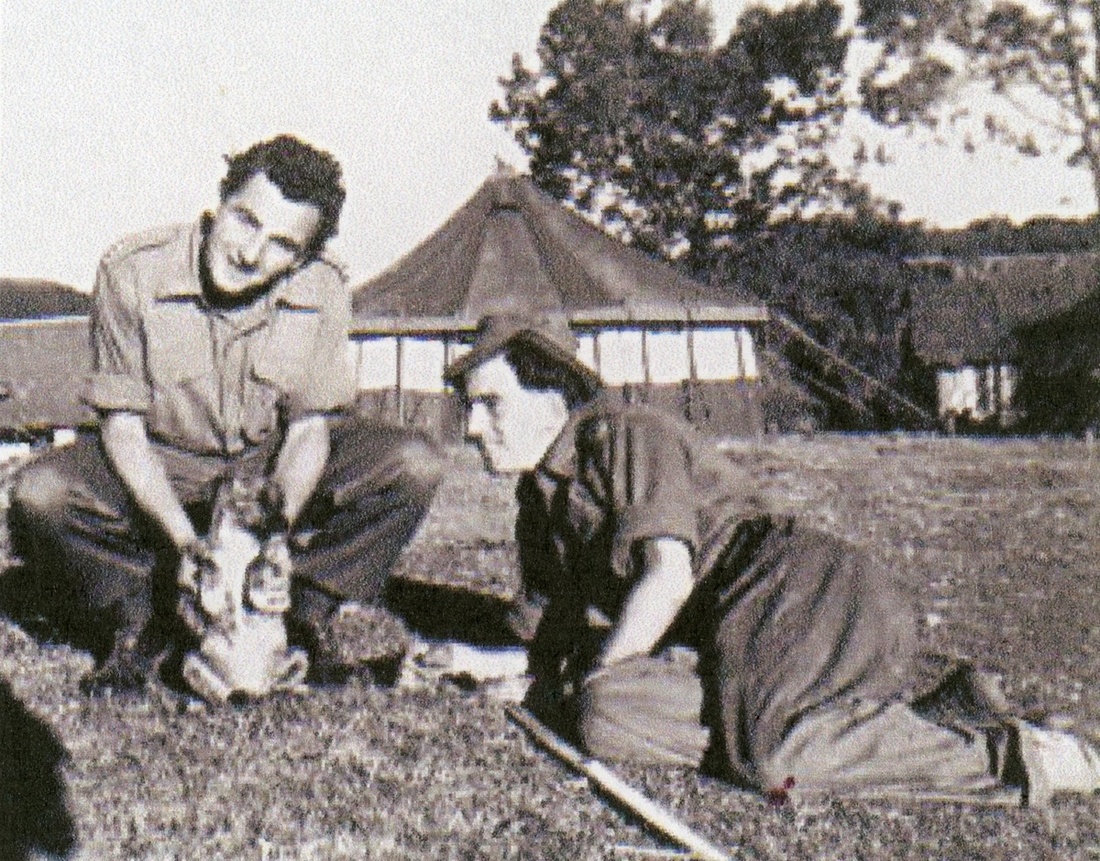