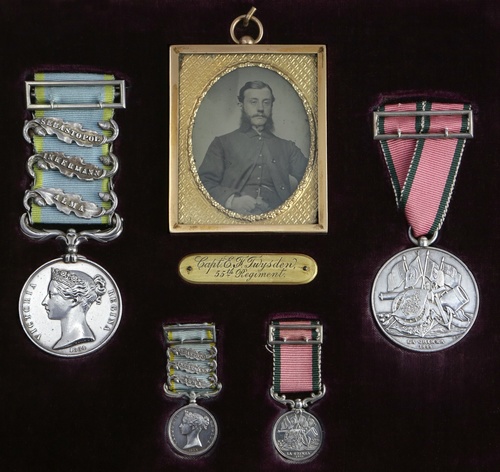 
Edmund Fortescue Twysden was born at Brixham, Devon on 8 August 1832, the son of the Rev. Thomas and Elizabeth Twysden. He obtained an Ensigncy in the 55th Regiment in June 1853 and was advanced to Lieutenant - without purchase - in September 1854.

He subsequently witnessed active service in the Crimea, where he was present at the battle of Alma and in the operations before Sebastopol (Medal & 2 clasps; Turkish Medal); the medal roll has been annotated in respect of his entitlement to the clasp for 'Inkermann', but the amendment is unclear. More certain is the fact Twysden is recorded as having been admitted to the hospital at Scutari in December 1854.

Having been advanced to Captain in the interim, Twysden died at sea aboard the hired transport King Arthur on 19 February 1864, on his way home from India, the cause of his demise being recorded as 'softening of the brain'; sold with a file of copied research, including a fine portrait photograph of the recipient in civilian attire, circa 1860. 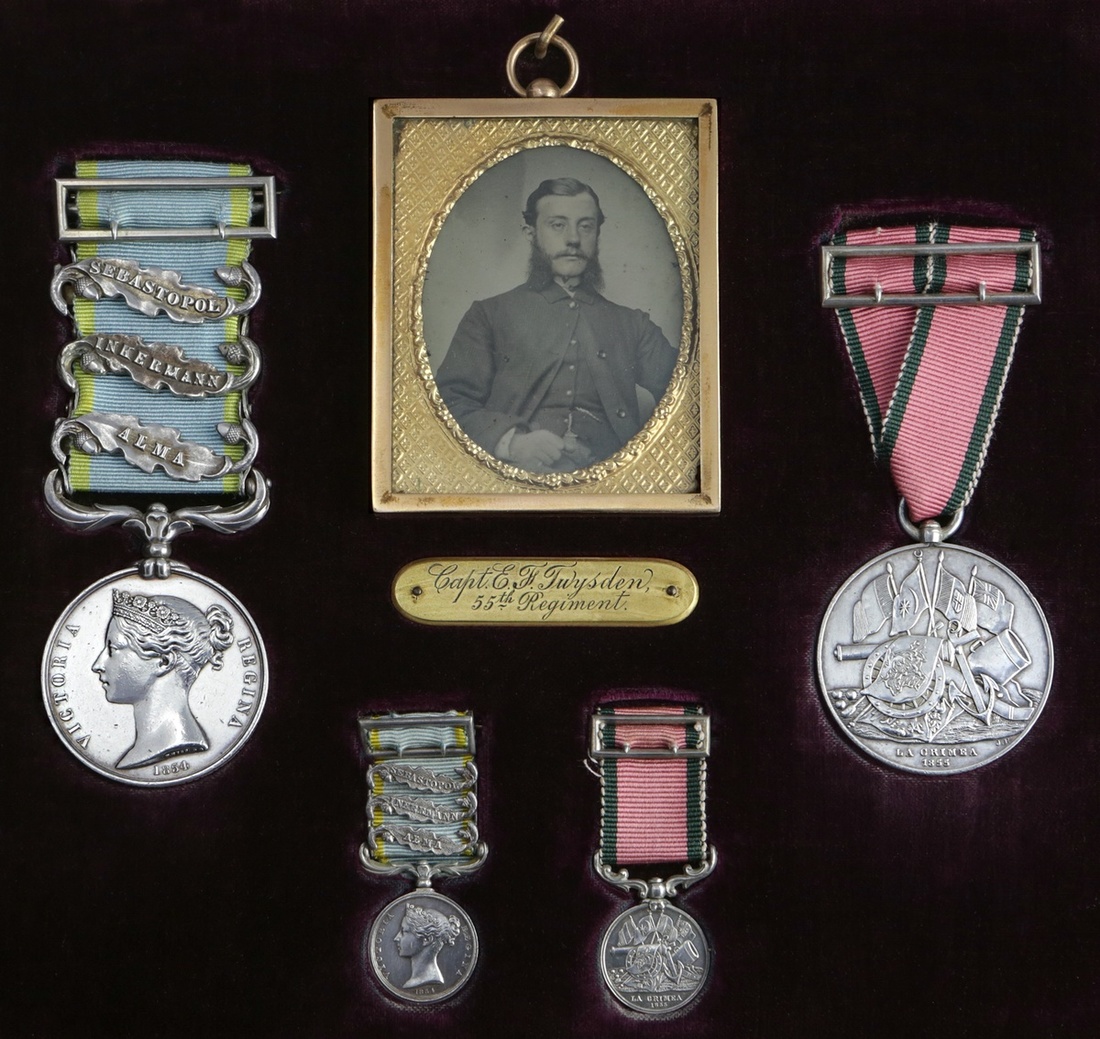