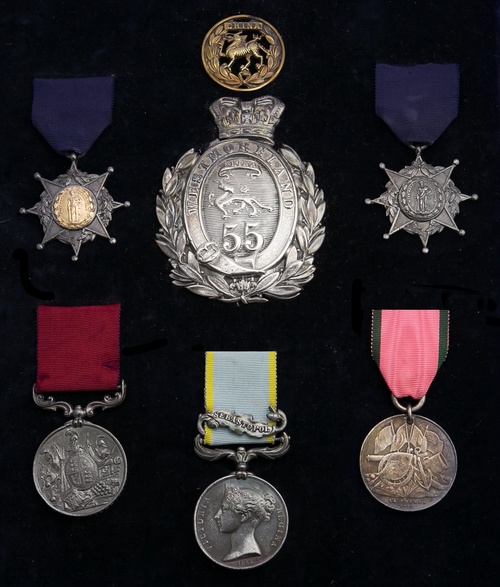 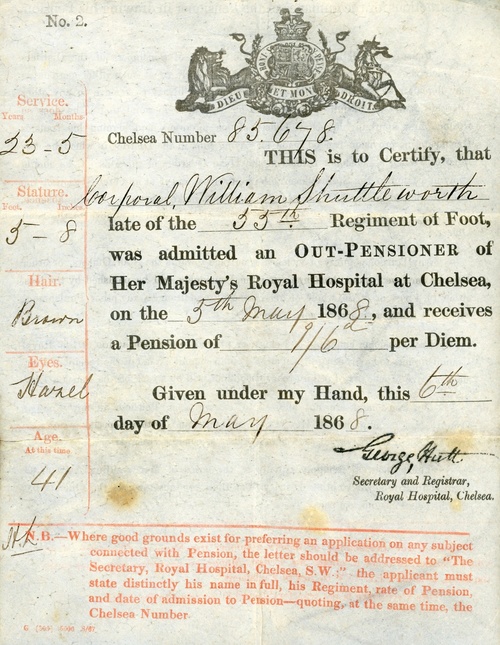 William Shuttleworth was born at Nuneaton, Warwickshire and enlisted in the 55th Foot in September 1844, aged 17 years.

It is clear from his letters home – see below - that he was on one occasion hospitalised at Varna and that his brother, presumably also of the 55th Foot, died during the Crimea campaign. By March 1855, Shuttleworth described duty in the trenches before Sebastopol as getting ‘harder than it used to be’. He was advanced to Corporal in December 1855 and was finally discharged in December 1867.

Sold with a quantity of original documentation, comprising letters from the recipient to his wife, dated 8 September 1854 at ‘Camp, Varna’, 25 March 1855 at ‘Camp before Sebastopol’ and 8 May 1856 at ‘Camp near Sebastopol’; his Parchment Certificate of Discharge, dated 4 November 1867 and Chelsea Hospital Out-Pensioner’s certificate, dated 6 May 1868; and baptism certificates for his four children, dating from the 1850s and 1860s. 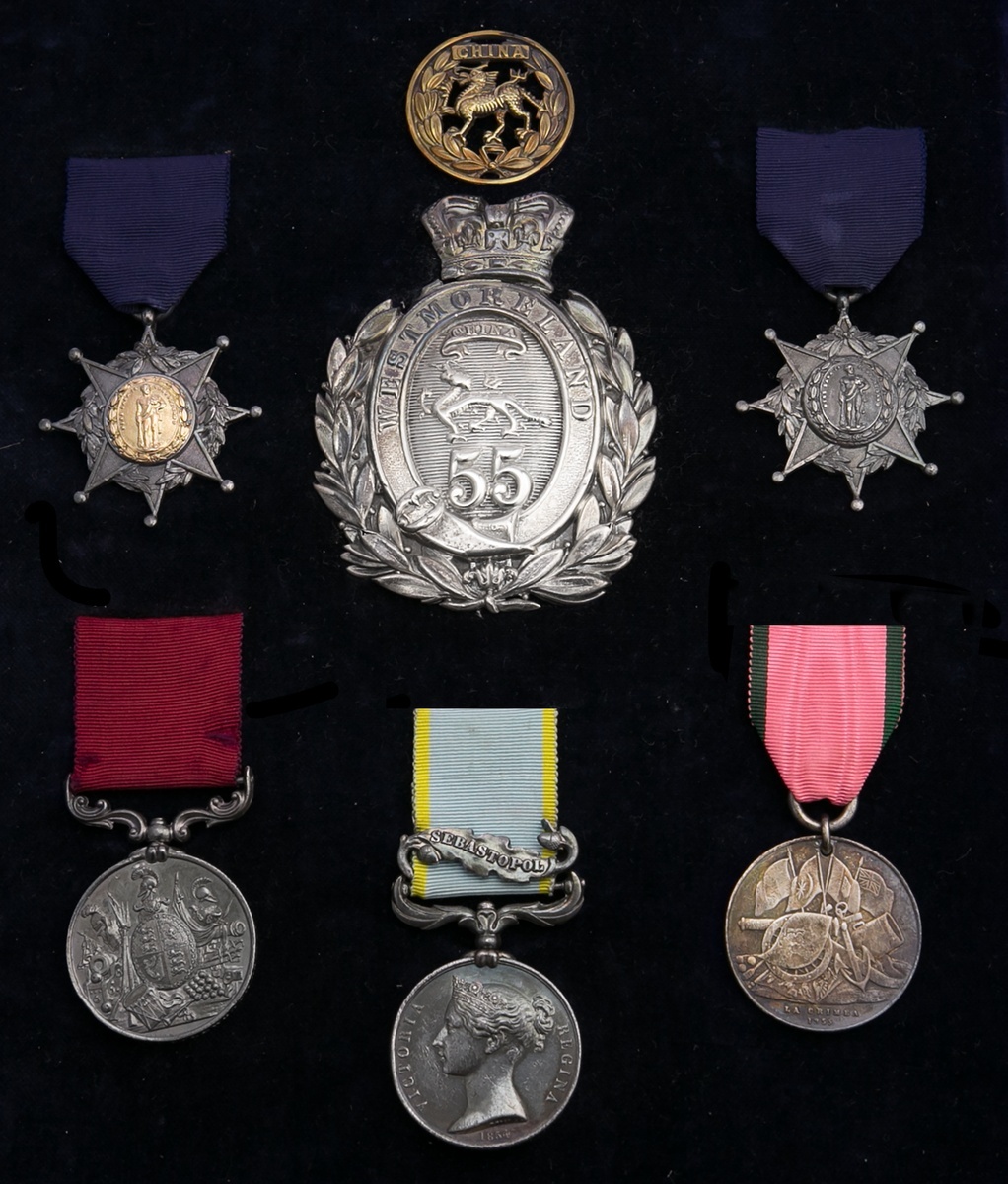 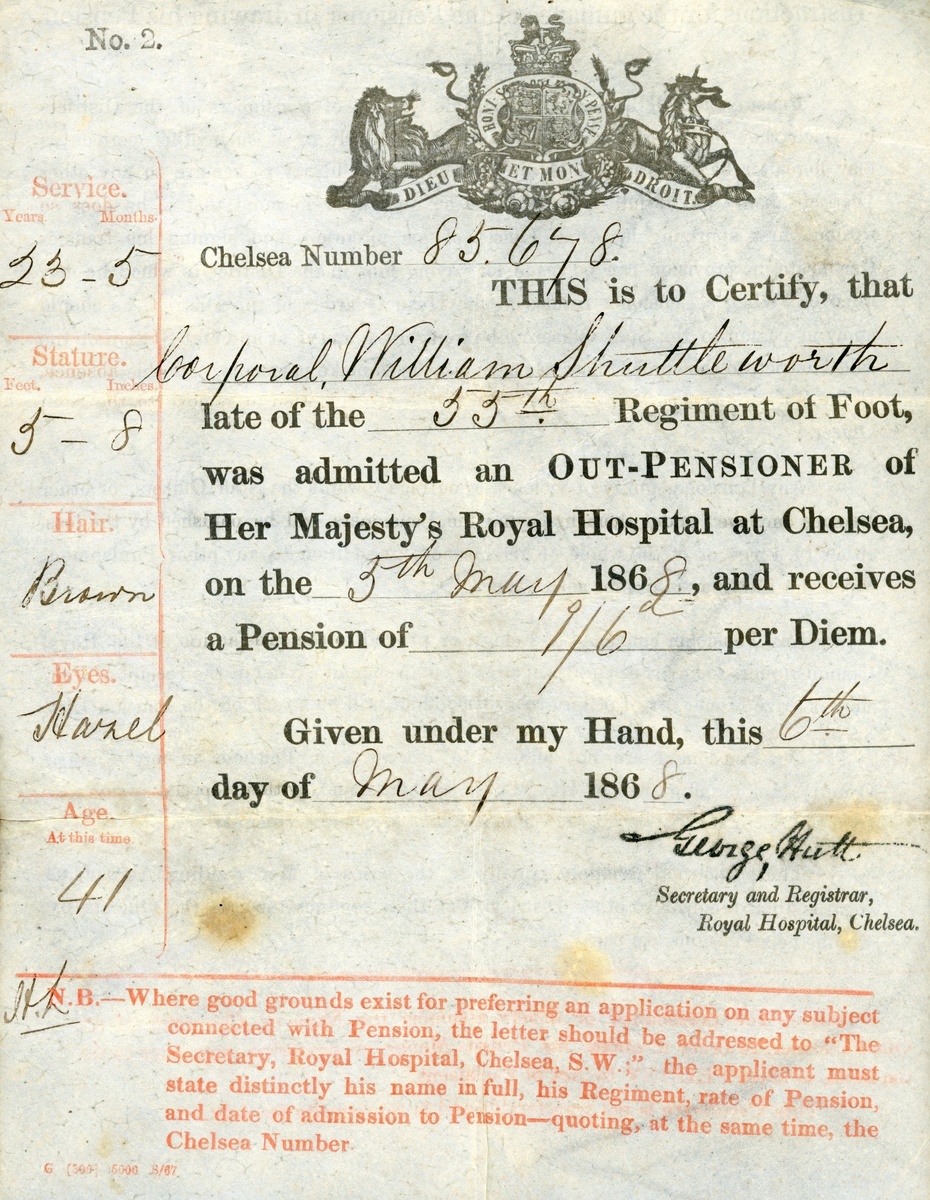