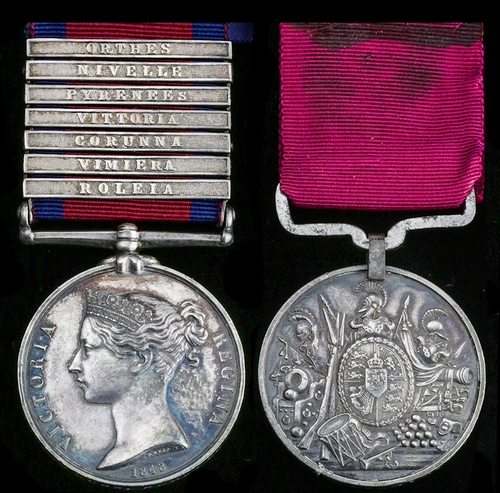 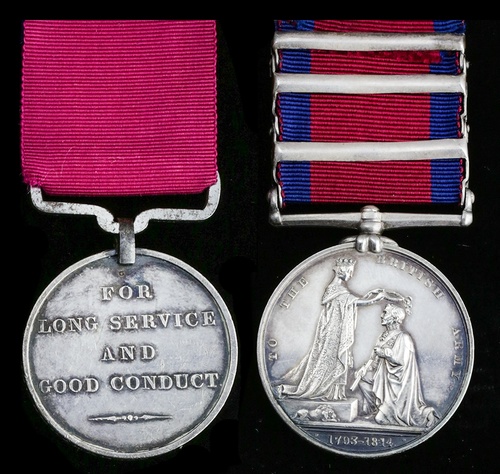 William Russ was born at Bath in 1794. Having enlisted in the 40th Foot in 1802 he went on to see nearly 30 years with the Colours, with his Chelsea Out-Pension Register stating he held the rank of Sergeant for the last seven years of his career, having also served in India for 12 years. Russ was discharged as a result of a hernia in July 1832 (T.N.A. WO 23/3, refers) and retired to Winchester, Hampshire. Reports suggest he became a wine merchant at Great Minister Street, '....supplying only wines and spirits of the first class, of which he has a large stock, both in bottle and in bond.' Russ died in 1855 (Hampshire Chronicle, 7 July 1855 refers). The premises continue to serve libations to this day, as The Old Vine pub and hotel. The establishment's website includes an extensive history of the Old Vine's past history, including mention of Russ's occupation:

'The property seems to have been occupied by both William Russ and William Henry Godden, although Godden had left by 1841 when William Russ, aged 45 and his wife Susan, aged 40, were in residence. Their sons William, 12, and Edwin, 9, were away on Census night, but their daughter Harriet 7, and son Percy 5 were at home. They employed three servants. Susan died in January 1842 without leaving a Will. William applied to the ecclesiastical court for administration of his wife's estate (£600), which was granted in February 1847 by the Bishop of Winchester. William was a successful wine merchant, and built up the business over the next ten years, employing three house servants and a wine cellar man in 1851. His sons William, 22, and Edwin, 19, and his daughter Harriet, 17, were at home. In July 1854 William Russ, Junior and company established 'The Winchester Steam Brewery' in order to supply families with ales and porter at moderate prices. In June 1855, William Russ died aged 61 at home. Strangely his servant aged 28, who had served him for 14 years died a month later. The following month Edwin Russ (aged 23) announced that he was succeeding to his father's wine and spirit business at Great Minster street.' 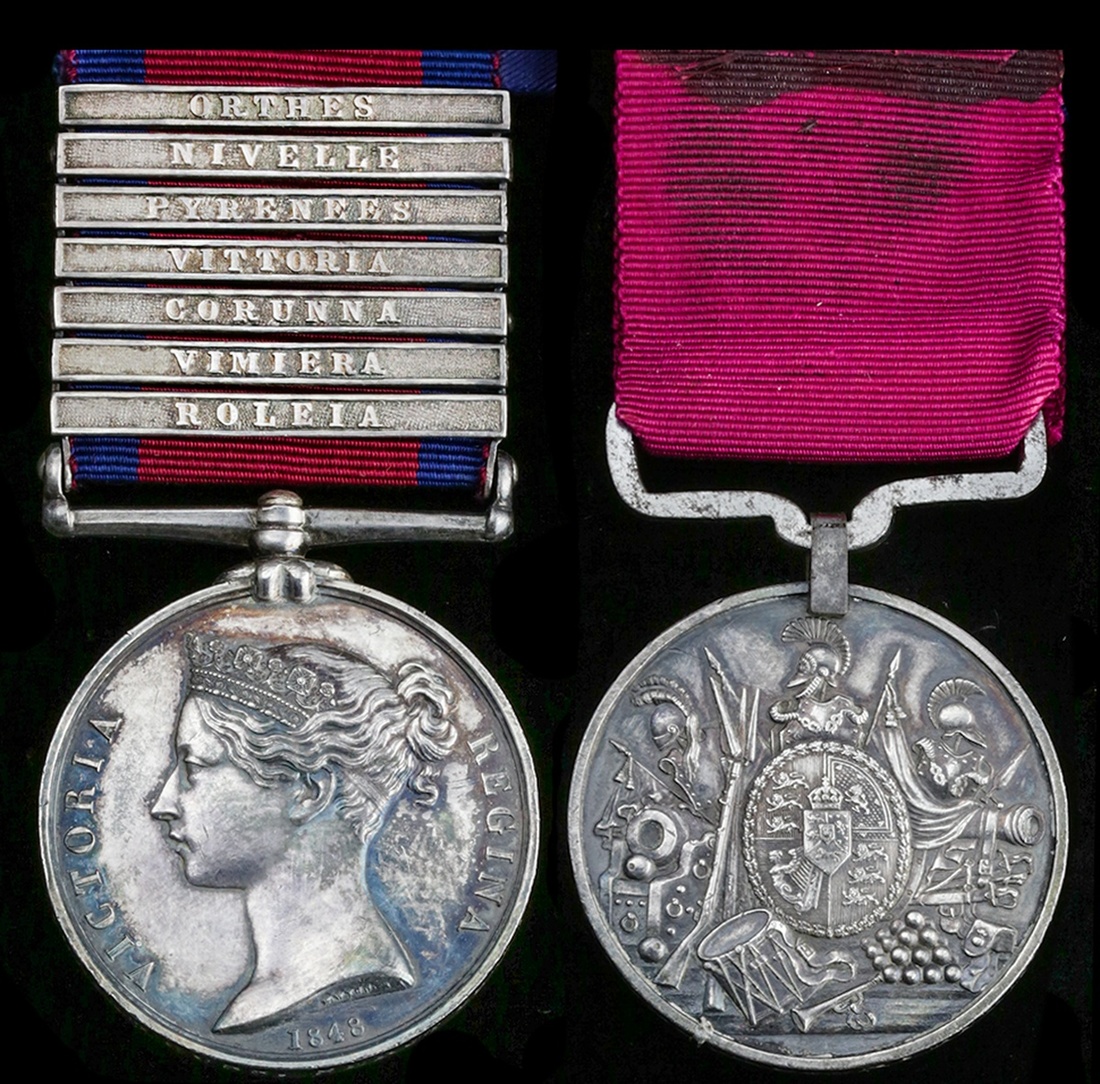 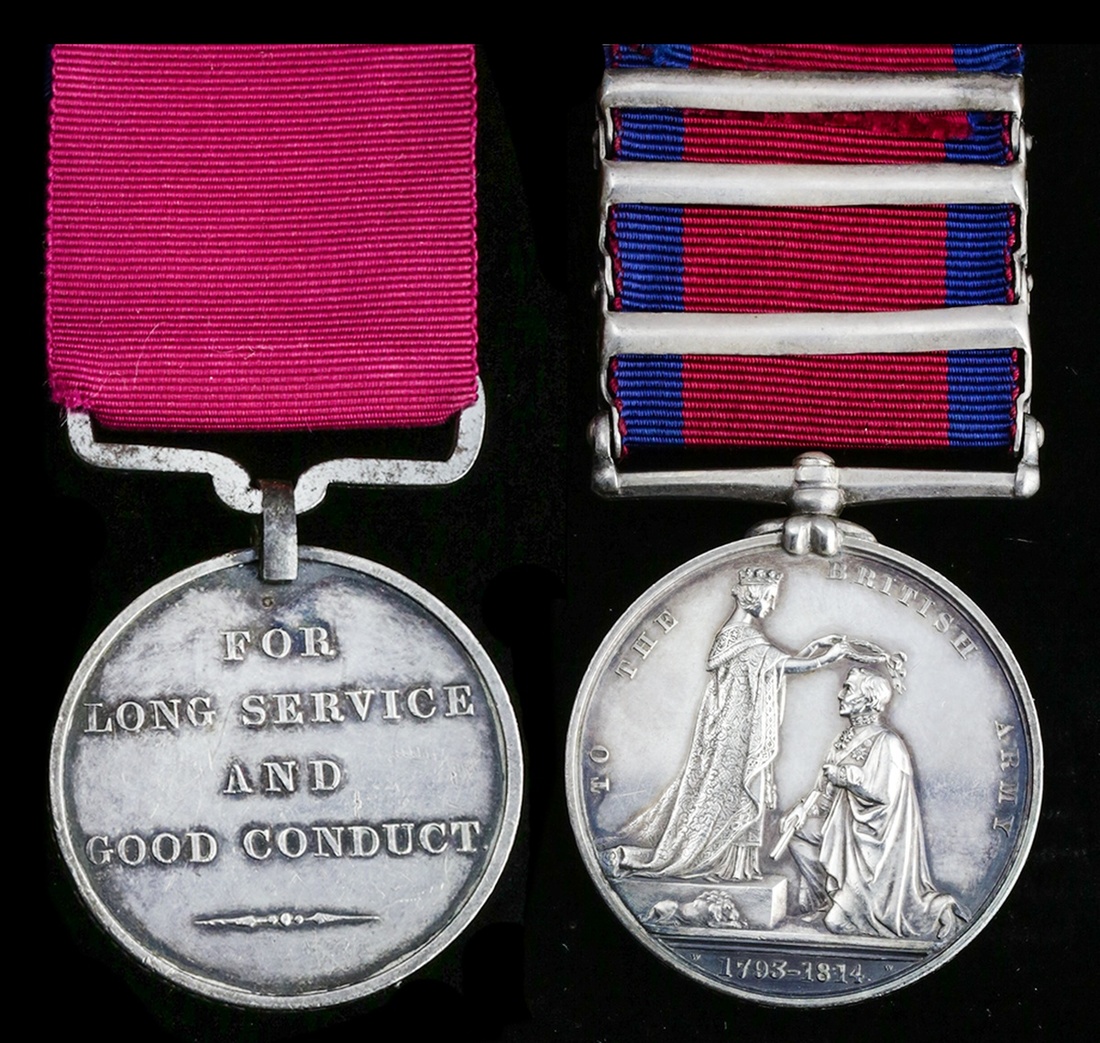