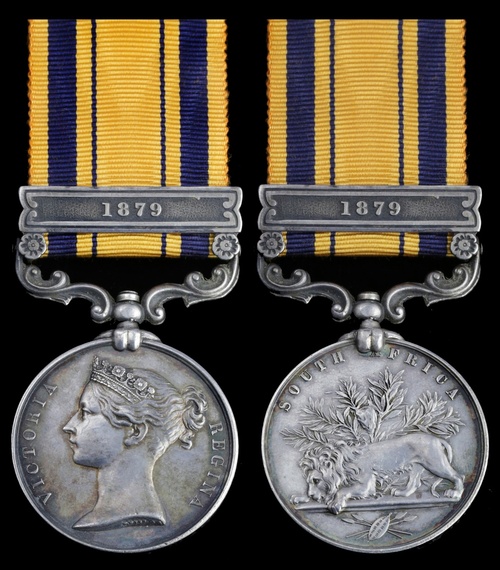 When stationed at Aldershot, on 12 February 1879, the King's Dragoon Guards received a sudden order for service in South Africa. With as little delay as practicable, they were brought up to war strength by volunteers from other corps and the transfer of horses; on 27 February the left wing embarked at Southampton under the command of Major Marter, in the hired transport Spain; the right wing, with Headquarters, followed the next day under Colonel Alexander in the Egypt.

Both ships arrived at Durban on 8 April, the men marching to Pietermaritzburg and then on to Dundee where they were joined by the 17th Lancers. On 19 April both regiments began marching towards Rorke's Drift, arriving at the battleground of Isandhlwana two days later; here they attempted to identify and bury the bodies of those who perished almost three months previously.

Engaged in reconnaissance for a time thereafter, on 6 June the K.D.G's were involved in a particularly savage exchange at Erzungayan: The Zulus were found strongly posted in a wood which was intersected with dongas, and in front of which was a line of four large kraals and from here they poured a heavy fusillade upon men under the command of Colonel Buller and those of the 17th Lancers under Colonel Lowe. Seeing this, and fearing the Zulus might rush out upon the horses, the K.D.G's formed up on the flank and right rear of the 17th; the Zulus however remained completely concealed in the wood, and General Marshall had little choice but to give the order to retire. Realising their opportunity and following in skirmishing order, the Dragoon's had barely crossed the Upoko, in which there were quicksands, when a brisk fire was opened upon them.

Thereafter, the regiment was employed on regular reconnaissance and skirmishing duties, using Fort Newdigate as a staging post; in these raids scores of native villages were destroyed. On the night of 7 August 1879, a detachment marched to Emptonjaneni, twelve miles distant from Ulundi. In the night a fearful storm of wind and rain smashed into the camp and continued until 11 a.m. the next morning. Lightning strikes, shock and the sheer ferocity of the weather left 360 transport bullocks dead in the camp, with approximately 90 more being discovered dead in the surrounding bushes.

On 18 August Major Marter marched with a squadron of K.D.G's under orders to establish a chain of outposts to St. Paul's, 40 miles distant, and to keep up communications throughout the line by patrolling day and night, in order to prevent the King from breaking across. The men subsequently joined Clarke's Column and on 27 August the expedition commenced which resulted in the capture of the King.


Robert Thomas Graves Lowry was born in 1857 and was educated at Eton and Oxford. Appointed to a Cornetcy in the 1st (The King's) Dragoon Guards in February 1878, he was advanced to Lieutenant in the course of his service in South Africa at the time of the Zulu War in the following year (Medal & clasp). He is also believed to have witnessed active service in the First Anglo-Boer War.

Lowry was finally placed on the Retired List as a Lieutenant-Colonel in June 1890 and, as reported in the Mid-Ulster Mail in October 1947, he died at his residence - Pomeroy House, Co. Tyrone - in the same month. He had latterly acted as a D.L. and J.P., was a former High Sheriff of the county, and served as a Sub-District Commandant of the Ulster Special Constabulary. The Colonel was otherwise noted for his 'keen interest in political and local government affairs' and was for many years Grand Master of the Grand Orange Lodge of County Tyrone. 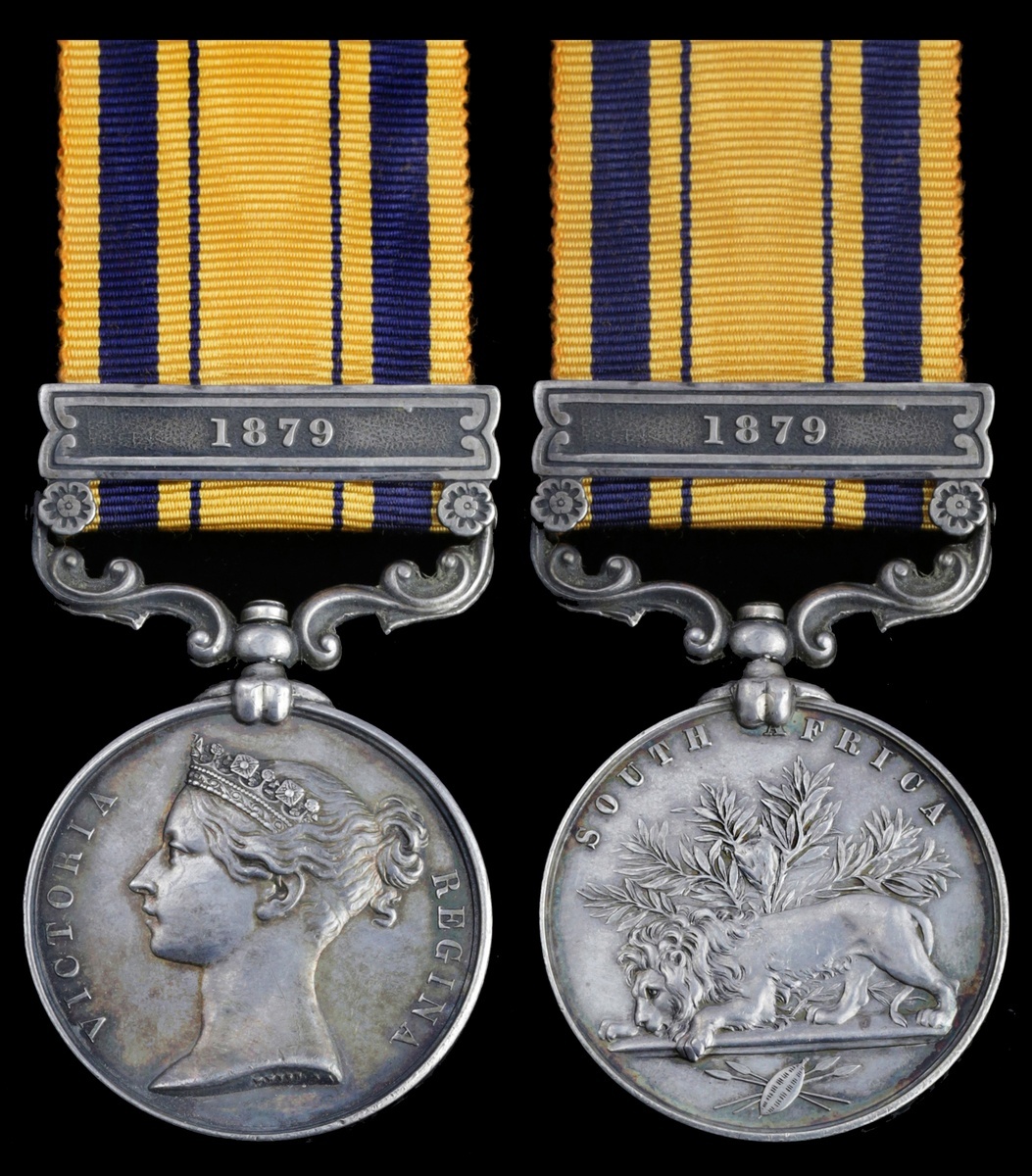