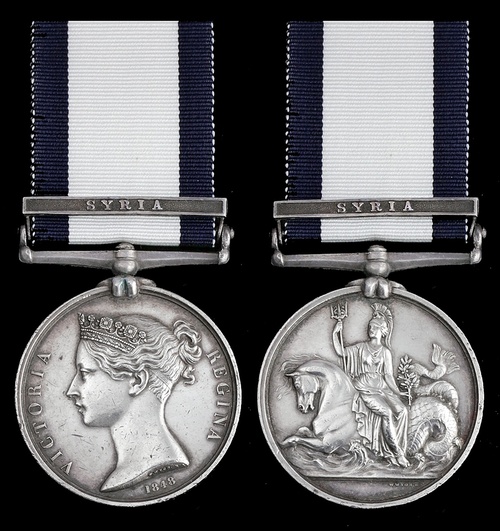 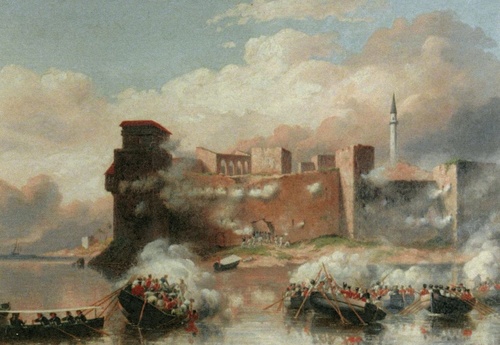 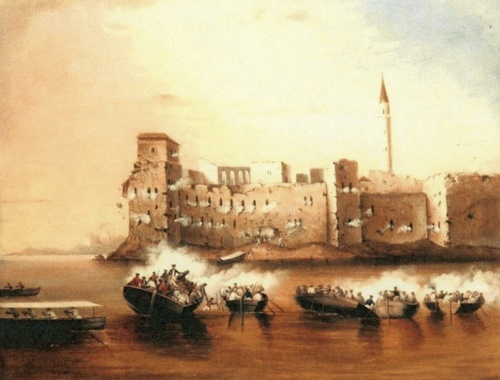 The Naval General Service Medal awarded to Commander F. H. Stanfell, Royal Navy, who was specially mentioned and promoted for his gallant service whilst leading the Landing Party of Bluejackets for the raid on Tortosa on 23 September 1840

Francis Henry Stanfell was born at Northam, Devon in 1811 and entered the Royal Navy in November 1824, passing his examination in 1831. He appears on the roll as a College Mate aboard H.M.S. Benbow for the operations off Syria during 1840. It would be for his service as a Bluejacket, having been landed at Tortosa on 23 September 1840, that he would be mentioned and promoted Lieutenant. Captain H. Stewart, aboard the Benbow off Ruad, 26 September, sent the following dispatch:

'My attention was now anxiously turned towards Tortosa: all information concurred in representing its great importance to the enemy's troops and all agreed in declaring that should we destroy the provisions, the troops must shift their quarters and this leave the communications with the mountains comparatively open. We were also informed that the chief breach might be made in the outer wall and immediate access obtained to them...The space from the margin of the sea to the breach, does not exceed sixteen yards. We could perceive only a few loopholes commanding that spot, and I concluded, that even should a fire be opened from them the advance from the boats would be too rapid to admit of its being effective - and that, being once within the breach, out men would easily make good their way.

Accordingly yesterday at one fifteen p.m. the Carysfort and Zebra commenced an admirably well-directed fire and very soon opened up the archway and showed us a large clear space within and the boats shoved off.

The marines were unable to land; had they done so I feel confident that we should have completely succeeded in destroying the magazines of provisions and have driven the enemy from the town, although not without loss as subsequent intelligence reached me that two hundred infantry and one hundred dismounted cavalry had entered the town the same morning, three hours before daylight.

Lieutenant Charlewood landed at once and proceeded towards the breach and had nearly reached it before a shot was fired, but the moment the large boats touched the rock, they became exposed to a destructive fire from every loop and crevice and even the holes which our cannon shot had made. Lieutenant Maitland succeeded in getting about fourteen of his men with himself landed by another turn of the same cutter. Charlewood proceeding with his pioneers broke open several stores and at length reached one filled with rice and another with corn when he immediately ran back to inform Lieutenant Maitland and get more hands forward.

Unfortunately during his momentary absence his men had hewn open another door, when, to their surprise, they found it entered upon a place filled with infantry soldiers and a struggle ensued. Two soldiers were killed by the three pioneers, but having nothing but axes they were obliged to give way, but Mr Charlewood's return checked the enemy's advance and they never followed him. There was no longer any prospect of success and I immediately ordered all to retire and succeeded in getting every man off.

The merits of the officers and men employed, where all did their duty, it is a difficult and somewhat delicate task to particularize. I annex a list of the boats employed with the names of officers commanding them, together with a return of the casualties in each boat.

The boats from Benbow lost five killed and a further 14 wounded, in a few short minutes of 'glorious action'.

Having been promoted on 5 November 1840, Stanfell saw service aboard Orestes and Indus in the Channel and Mediterranean, before being paid off in 1845. The Commander retired to the Isle of Wight and died at Courtfield, Ryde in September 1876. He is buried in Ryde Old Cemetery; sold with copied research.

A unique name upon the roll. 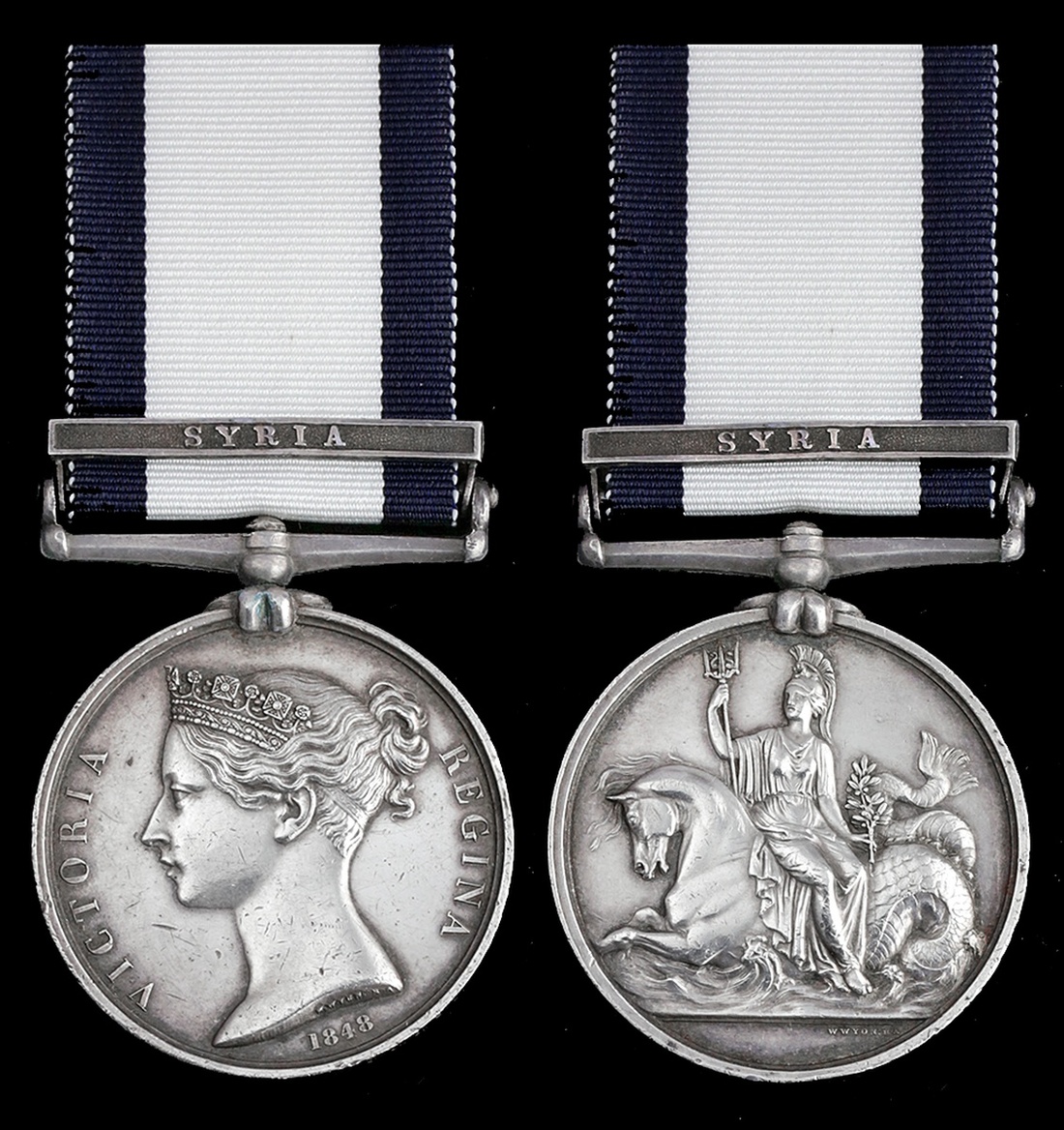 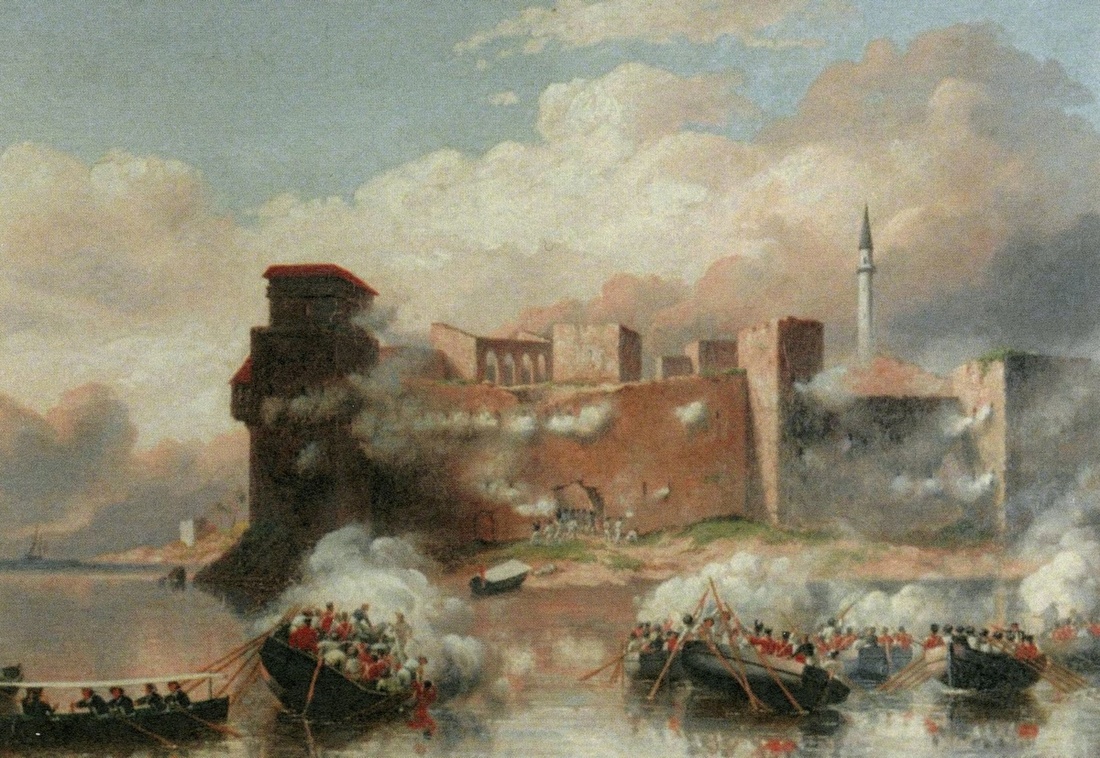 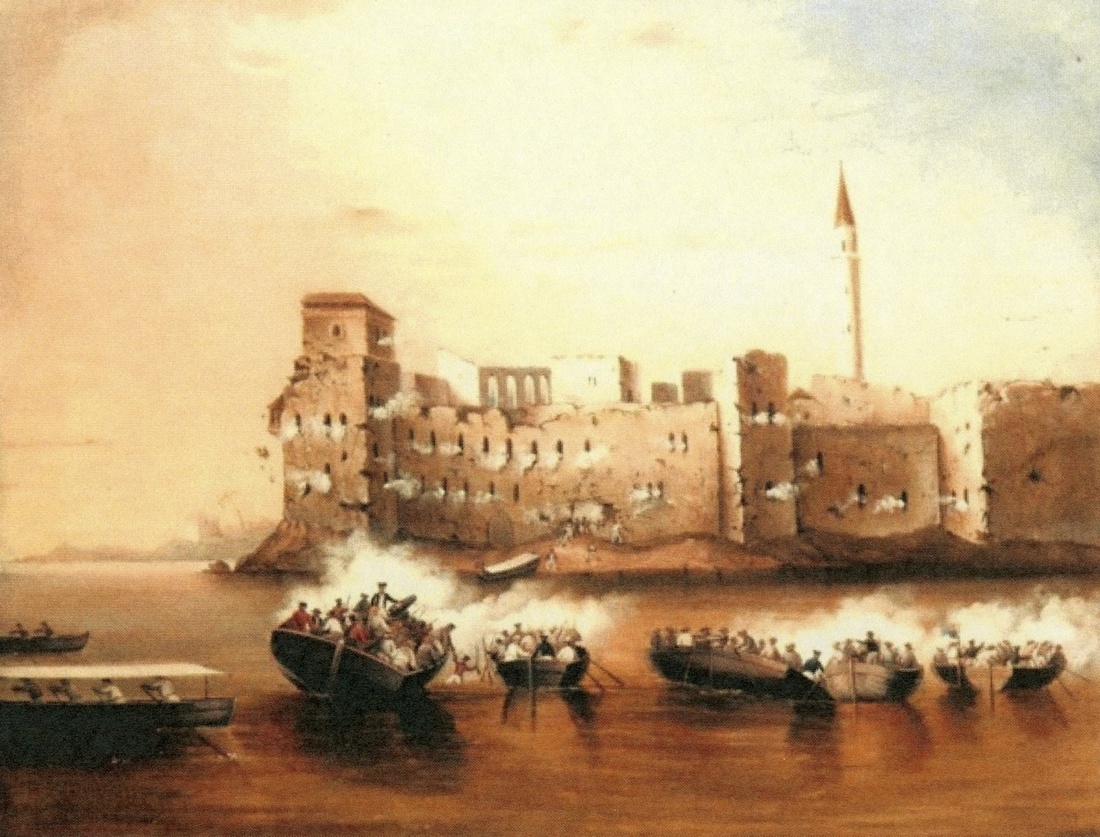