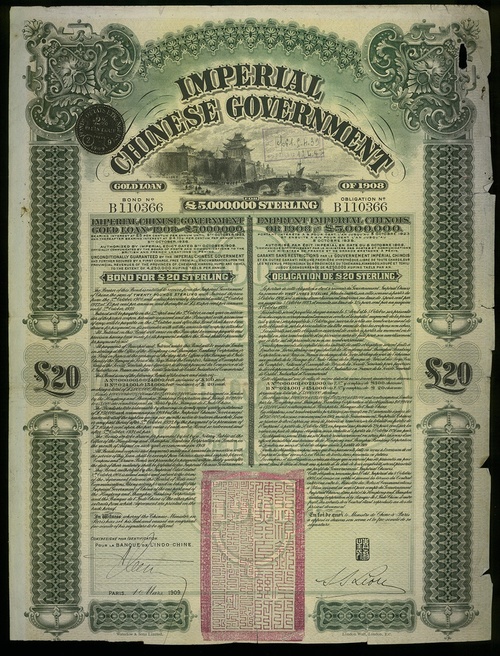 1908 5% (4½%) Anglo-French (Peking-Hankow Railway) Loan, bond for 20 pounds, folio number B110366, The Anglo-French Gold Loan of 1908 was for the capital sum of
£5,000,000. The loan was “…authorised by Imperial Edict dated 8th
October 1908 officially communicated by the Board of Posts and
Communications to the British and French Legations in Peking.
Unconditionally guaranteed by the Imperial Chinese Government
and further secured by a first charge, free from all encumbrances,
upon the provincial revenues of the provinces of Chekiang, Kiangsu,
Hupei and Chihli to the extent of 4,250,000 Kuping taels per annum.”
The participating financial institutions which handled the
arrangements for the issuance of bearer bonds against the loan and
which counter-signed the bonds were the Hongkong and Shanghai
Banking Corporation in London and the Banque de l’Indo-Chine in
Paris.
Each bank was responsible for £2,500,000 and received commission
of 4% for handling this loan. Bearer bonds were offered at 98% in
London and Paris and issued in various denominations by these two
banks as shown in the tables above. Coupons were payable on 5th
April and 5th October each year.
The loan had two purposes. Firstly, £4,000,000 was used to redeem
the Peking-Hankow Railway Loan of 1899 and the remaining balance
of £1,000,000 was to be used for the establishment of various
industries. The Peking-Hankow Railway Loan of 1899 was for the
capital sum of Fr112,500,000 (£4,500,000) and was used for the
construction of a railway between Lu-ku-Tchiao, in the vicinity of
Peking and Hankow.
Construction of the railway began in 1899 and was completed in
1905.
Vignette
(K 182), very fine, the right borders with multiple small tears 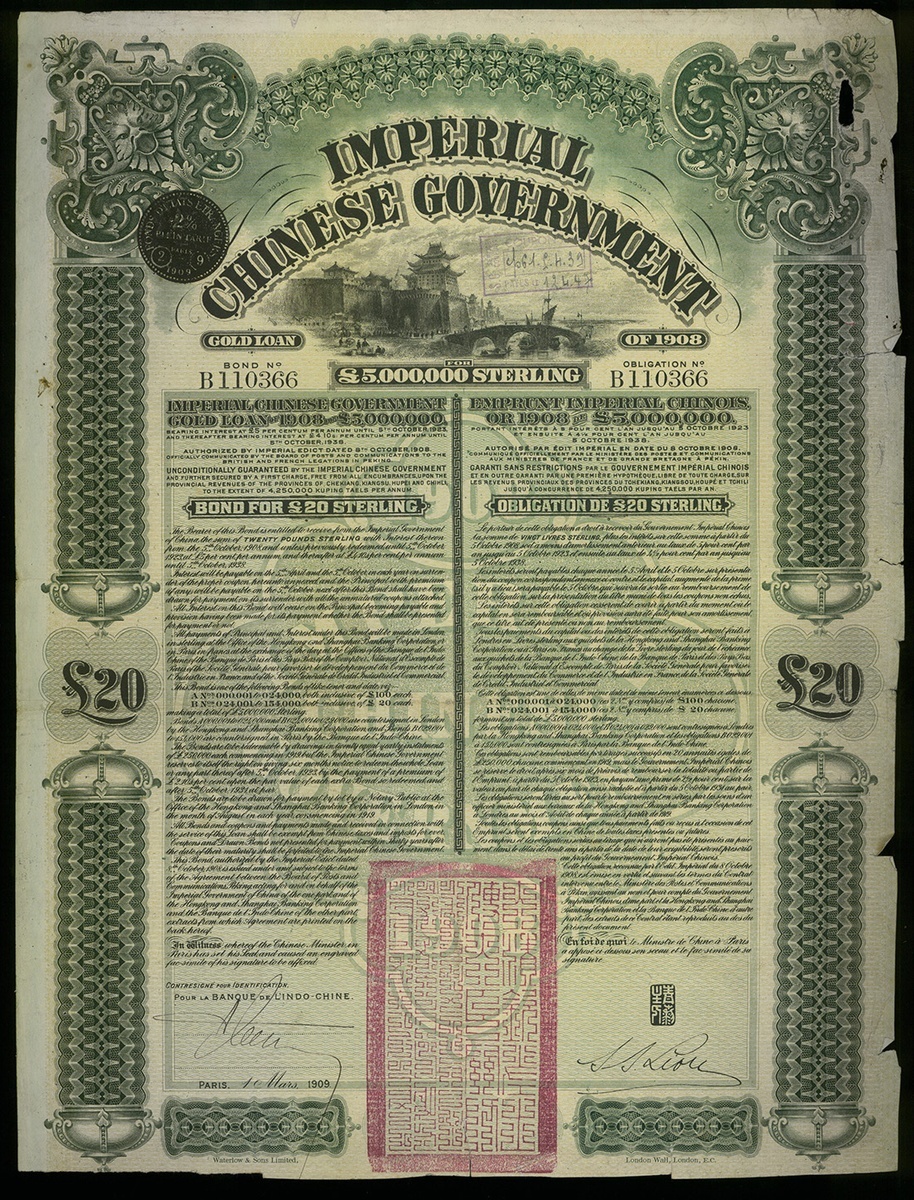