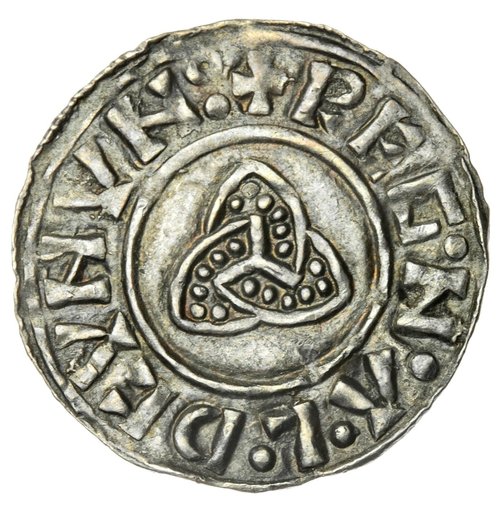 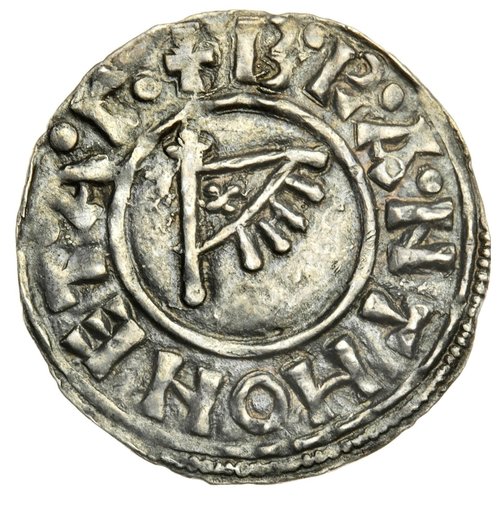 Auction: 20055 - The Ennismore Collection of Anglo-Saxon and Viking Coins
Lot: 25

This coin appears to be the first recorded and the only known coin of the moneyer Brant as well as only the third example of this type for Regnald, a king for whom very few coins are known. CTCE assigns the Triquetra type as group V, which is known for three kings, Anlaf Guthfrithsson (16 coins noted), Anlaf Sihtricsson (2 coins) and Regnald Guthfrithsson (2 coins). A small number of additions can be added to this each arising from the group of coins which appeared on the market at the same time as this coin, c.2012-13. This coin takes the total of this type for Regnald Guthfrithsson to 4, although it is possible there may have been another in the 2012-2013 group, but this is not confirmed. It is the only complete example and by far the best example of this type recorded for this king.

Regnald Guthfrithsson is known for less than 12 coins - CTCE listed 6, the other 4 being the Cross Moline type (type VI - also represented in the collection - see 14/026, Anlaf Sihtricsson). The Corpus, below combining data in CTCE, EMC and Coin Archives suggest 10 specimens are known for this king. By comparison the much more desirable Eric Bloodaxe is known noted for 39 coins in CTCE, with 16 for the sword type for which a further four can be added, including CNG Triton XX, 1519, from finds made after CTCE was published. 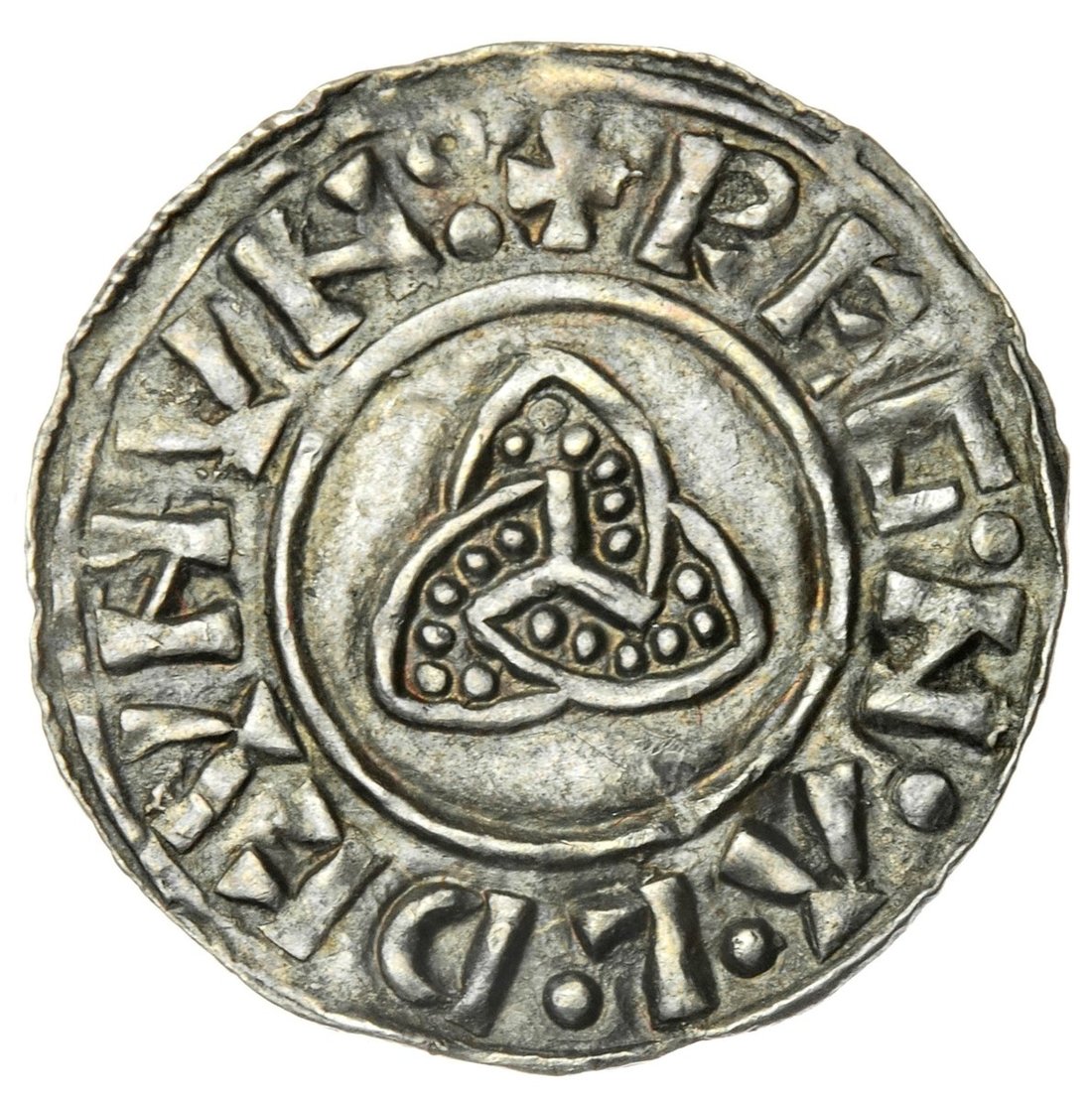 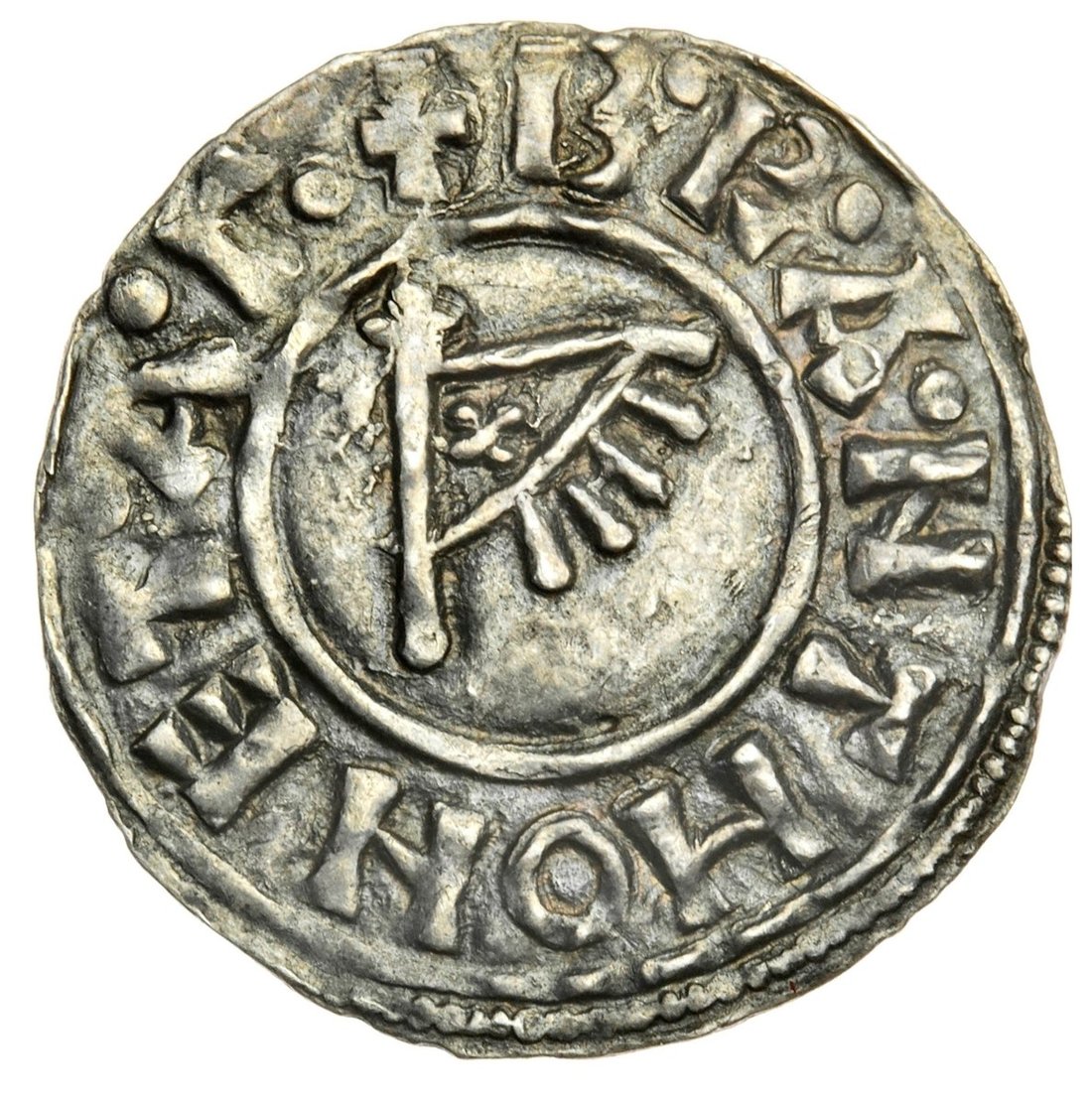