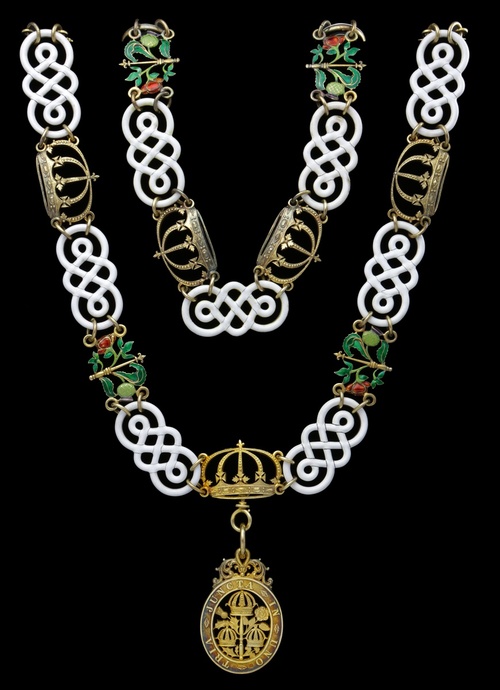 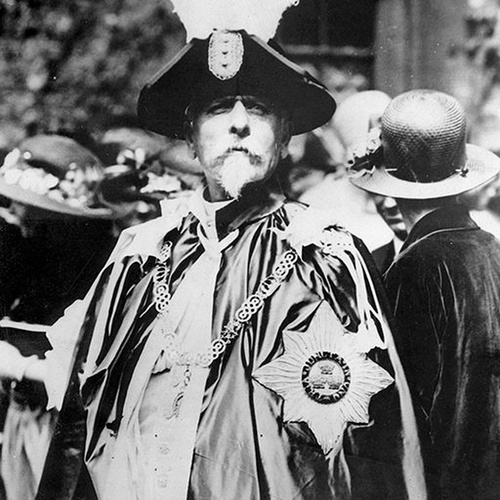 Sold by Order of the Estate

'You ask for his birth certificate. Alas! A fire destroyed the church registers.

You search for a document concerning him in the archives of the Vienna War Office. The folder is there, but it is empty; the document has vanished.

He buys a château in France and—how does the story of the Editor of the Documents Politiques go?—”Sir Basil Zaharoff at once buys up all the picture postcards…which show the château, and strictly prohibits any more photographs being taken.”'

The G.C.B. Collar Chain awarded to Sir Basil Zaharoff, the original 'Mystery Man of Europe' who was one of the richest men on earth and a famous international arms dealer

G.C.B. (Civil): Honorary award appointed on 1 January 1919, placed in the Private Circular, 13 May 1919 and Investiture made at Buckingham Palace by the State Chamberlain on 26 October 1921. Most unusually, the Central Chancery Card states: 'Special Permission given by The King for prefix "Sir"'. As a French citizen it is highly irregular such a title was permitted.

Basileios 'Basil' Zacharias Zaharoff - or 'Zedzed' to his close friends - was born on 6 October 1849 at Mugla, part of the Ottoman Empire. The eldest child of a Greek merchant, the family had become the Zaharoff's when they lived in Russia as exiles after the anti-Greek 'Easter pogroms' of 1821. By 1855, they had returned to Constantinople's Greek neighbourhood of Tatavla. Young Basil first found work as a tour guide but soon became an arsonist: working together with the firefighters called to extinguish the flames of the buildings he'd just set alight, he soon learned that they could all share in the payments for recovered or salvaged treasures.

After a charge of irregular imports, he left for Athens, where the 24-year-old Zaharoff was befriended by a political journalist, Etienne Skouloudis. The wily Zaharoff convinced Skouloudis of his case.

By a stroke of good fortune, Skouloudis knew the agent about to depart from arms manufacturer Thorsten Nordenfelt. Skouloudis used his influence to secure the role for Zaharoff in October 1877. The following years passed with Basil learning this trade besides adding further strings to his bow, surfacing in Galway and St. Louis, marrying an heiress and posing as a Prince whilst in the United States. The finest story of his time with Nordenfelt must surely be the tale of the 'dangerous and eccentric' Nordenfelt I steam-submarine, those two terms not usually affectionately attached to seafaring vessels. In simple terms, with a promise of generous payment terms, Zaharoff sold the first model to the Greeks. He then persuaded the Turks that the Greek submarine posed a threat, selling them two. After that, he persuaded the Russians that there was now a new and significant threat on the Black Sea: they invested in two.

None of the submarines were seaworthy and shortly after launching one of the Turkish vessels veered up and sank by the stern. Throughout the period he was at the centre of most large arms deals and steadily grew closer to Maxim. He was also involved in the Spanish arms trade, boycotting other submarines, trading in arms and in fact acquiring a factory in Spain along the way. As an aside, it should be noted that the fairer sex were often involved in influencing potential clients - Basil later attributed his success to his prowess and veracity in the bedroom.

With the eventual purchase of Maxim by Vickers, Zaharoff found himself elevated in position and also in the gift of shares. Cornering the market, by the outbreak of the Great War he owned the Union Parisienne Bank and had control over the French daily newspaper Excelsior. The work of Vickers during the War deserves special mention for they produced no less than:

Zaharoff himself is thought to have spent around £50,000,000 for the Allied cause and was incredibly close to both Aristide Briand and David Lloyd George. In fact he is reported to have left an envelope with 1,000,000 Francs in cash for War Widows. His work in ensuring that Greece entered on the Allied side of the conflict should not be underestimated. It was his press agency that assisted in the deposal of King Constantine. During the War he was often the go-between and confidant of King George V, the Prime Minister and his French counterpart. An even more remarkable story is his attempt, authorised by Lloyd George, to buy the Turks out of the War. Zaharoff travelled to Switzerland with £10m in gold to attempt to begin negotiations. It perhaps comes as no surprise that he was intercepted at the border, having to endure being strip-searched and left waiting in the snow by border guards. It was a valliant attempt that led to Zaharoff requesting the British Government issued:

That 'chocolate' was finally given at the end of hostilities. He was nonetheless awarded the G.C.B. in 1919 on the insistence of the Prime Minister to the King, with whom he had fallen out of favour.

Having donated half a billion in gold Francs to try to assist the Greek effort to claim further territory from Turkey, Zaharoff also foresaw the money to be made in the 'black gold' of oil, incorporating the predecessor to British Petroleum. He also forged a close bond with Prince Louis II of Monaco, buying the Société des Bains de Mer and turning a profit from the Monte Carlo Casino for the first time in years. Due to their close affection, he leant upon Georges Clemenceau to retain the rights of Monaco during the Treaty of Versailles.

Having lived one of the most remarkable lives of the time, Basil was additionally enthused with a love for aviation, claiming (together with Maxim) to have gone 'airborne' in 1894, in what would have been a world-first. With a love for fine art and living at the Château de Balincourt, Zaharoff died on 27 November 1936 at Monte Carlo. 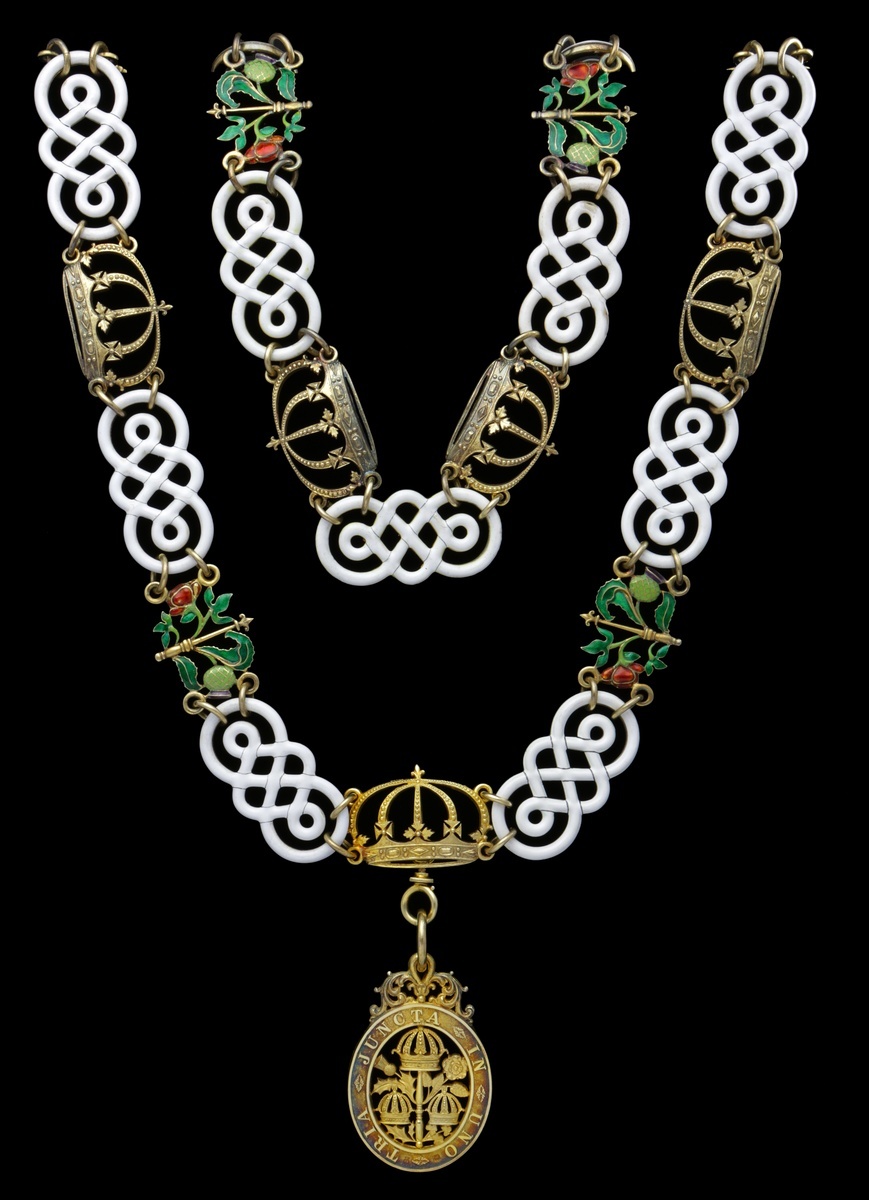 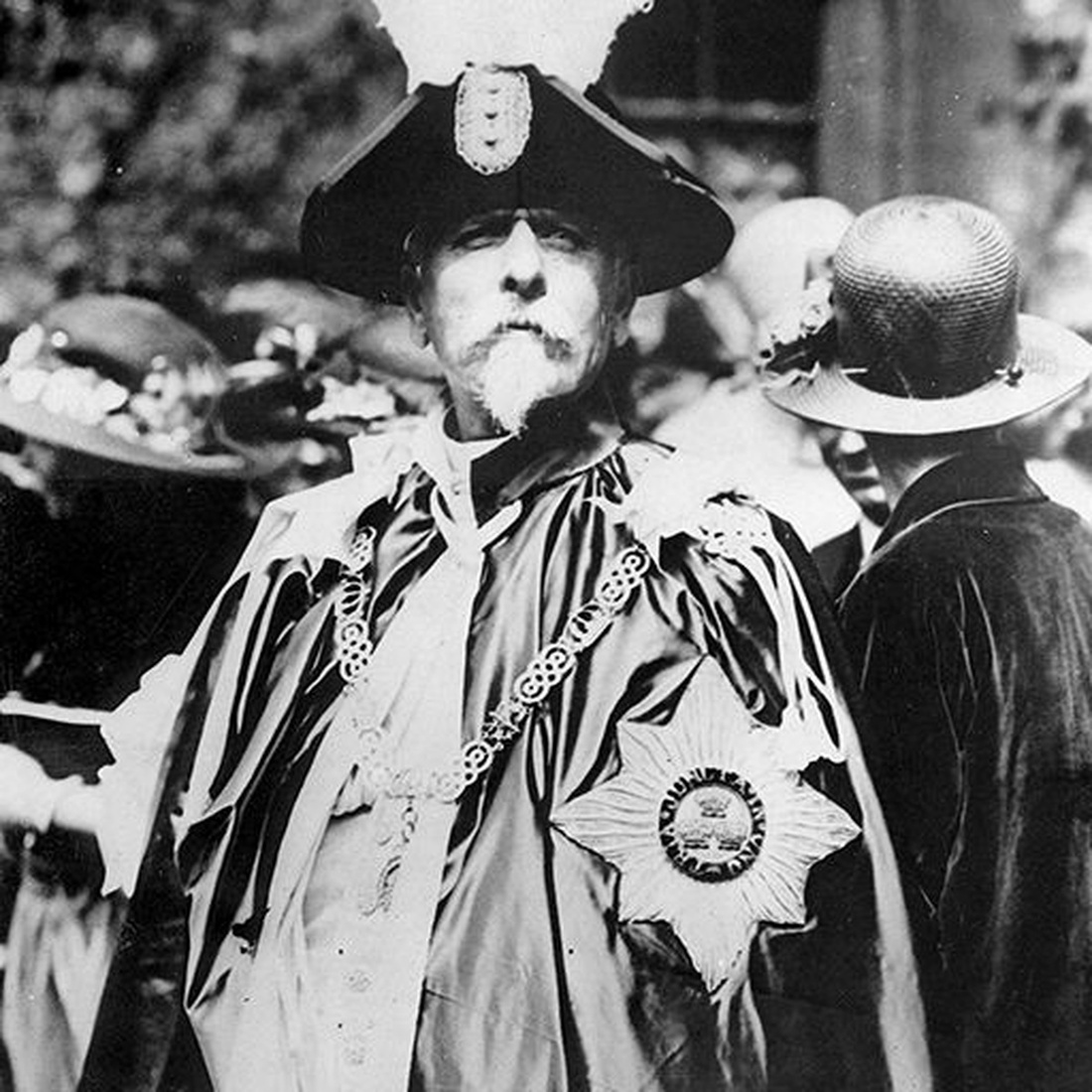