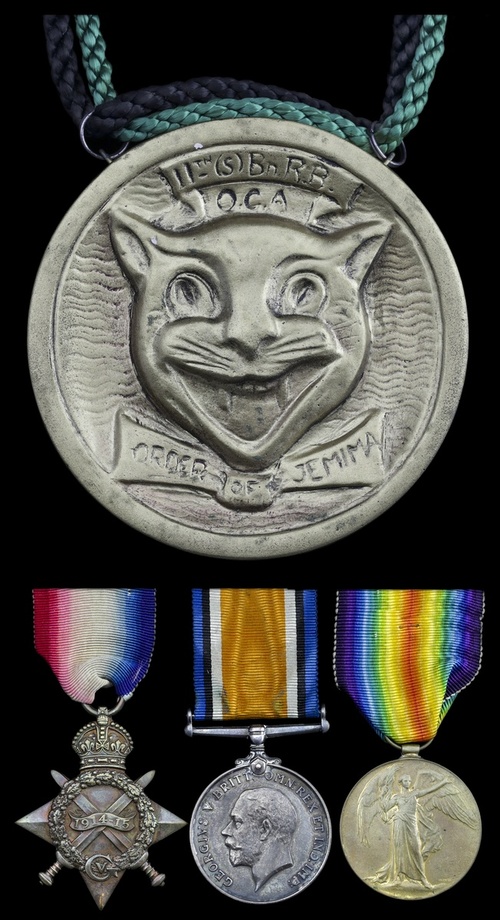 Three: Private P. Tudor, Rifle Brigade, a member of the Noble Order of Jemima, a charming Old Comrade's Association which met to celebrate their feline mascot from the trenches

P. Tudor, a native of South Wales, served in France with the 11th Battalion, Rifle Brigade from 22 July 1915. Having been discharged from the service and being a keen member of the O.C.A. he became eligible for admission to the 'Order of Jemima'. Debra Williams, grand-daughter of a comrade writes:

'While on the Western Front, my grandfather's Brigade cared for a cherished pet that became the symbol of their comradeship. My grandfather Billy Williams was in the 11th Rifle Brigade in the Great War, aged only 15. Out on the battlefields of the Somme, he and his comrades found a small bedraggled kitten.

They adopted the poor creature, and took it with them on their travels through the trenches - they said it helped keep down the vermin that ran through the dugouts. They named the cat Jemima.

My grandfather took a bullet in the stomach at the age of 18, and was sent home to England to recuperate. His fellow soldiers looked after the cat until the end of the War.

Right up until he died aged 84, Granddad went to an annual meeting of his old battalion at a pub in Fleet Street. He always took with him a large plaster medallion with the face of a cat on the front. He called this his 'Jemima', and all the soldiers had one.'

The chorus of the song Tudor would have well known was:

Tudor died in early 1981; sold together with his Jemima Medal, plaster painted gold, named 'D. Tudor' to the edge, 110mm, fitted with original woven black and green chord for wear, Jemima certificate of issue in the name 'M. Tudor', letter for the 37th Annual Reunion Dinner 1964, to be held at Ye Old Cock Tavern, Fleet Street, letter after his death, and two Rifle Brigade Badges. 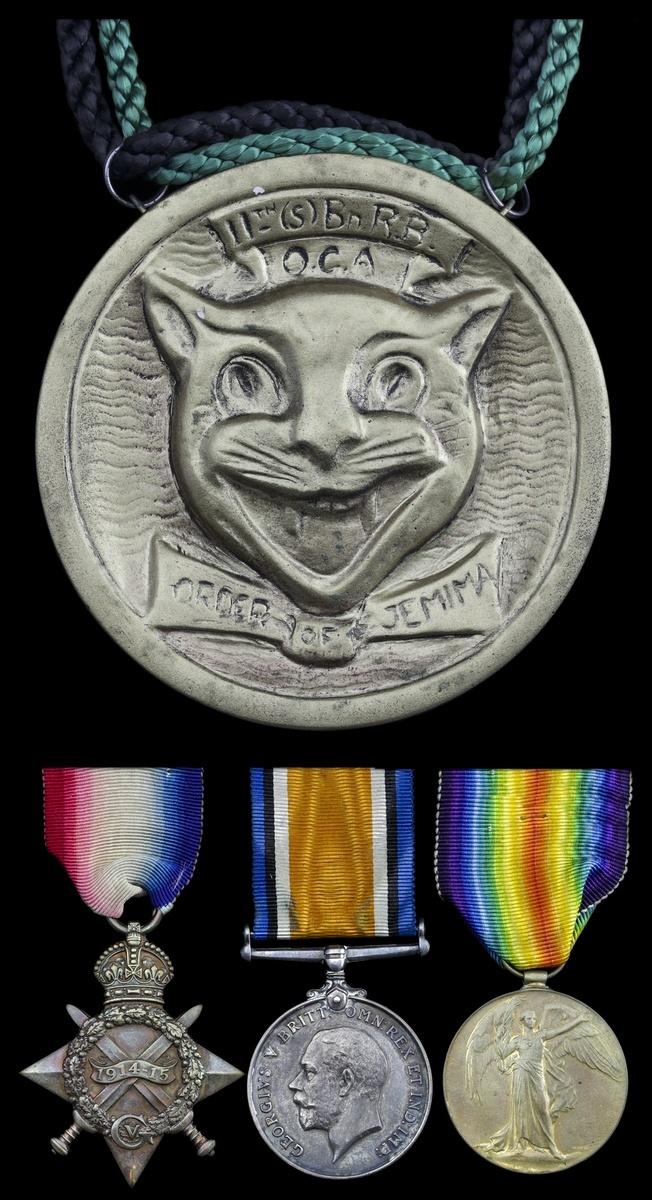