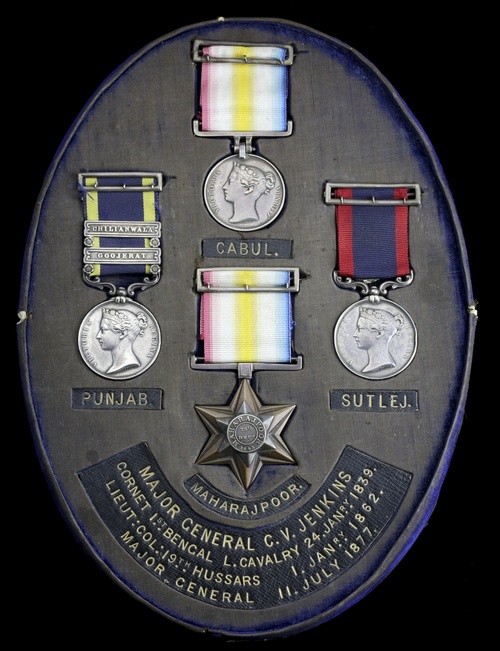 Charles Vanbrugh Jenkins was born at Wroxeter, Shropshire in March 1822. Nominated for the 1838 Season at Addiscombe by Sir Richard Jenkins G.C.B., he was commissioned a Cornet in the 1st Bengal Native Cavalry on 27 August 1839, serving under General Pollock during the 1842 Afghanistan campaign. Joining the advance on Kabul (medal), he was present at the forcing of the Khyber Pass on 31 March, when Pollock's men's 'crowned the heights' and routed the Afghan ambushers with very few casualties. Pollock then defeated some 15,000 tribesmen under Akbar Khan in the Tezeen Valley on 13 September. Jenkins took part in the celebrated cavalry charge during this battle, in which Pollock's horsemen, though vastly outnumbered, inflicted heavy casualties on their counterparts and cleared the way to Kabul. As Pollock's troops weaved through the passes they saw skeletons and unburied bodies. These were once proud soldiers of the 44th (East Essex) Regiment of Foot, which had been massacred at Gandamack on 12 January. Pollock reached Kabul on 15 September, quickly negotiating the release of 130 British hostages, including 22 children.

With the British weakened by the Retreat from Kabul, the Mahrattas of Gwalior saw an opportunity to gain independence. Jenkins' Regiment formed part of General Sir Hugh Gough's force, which marched into Gwalior in two columns. At the Battle of Maharajpoor (medal) on 29 December 1843, Gough's cavalry advanced on the right wing, turning the Mahrattan flank. Pursuing the fleeing enemy to the banks of the River Ahsin, the cavalry inflicted some 3,000 casualties.

Jenkins was promoted to Lieutenant on 1 January 1844. He served during the 1845-46 Sutlej campaign against the invading Sikh Khalsa army, which posed a severe threat to Company rule in India. He was present at the Battle of Aliwal (medal) on 28 January 1846, when Sir Harry Smith's Division attacked a force of 20,000 Sikhs and 70 guns under Runjoor Singh. The Indian native cavalry, led by the 16th Lancers, dispersed the Sikh cavalry and prevented them from turning Smith's vulnerable left flank. During the pursuit across the Sutlej, 67 guns were captured. During the 1848-49 Punjab campaign, Jenkins fought at both Chilianwala and Goojerat (clasps). After the Battle of Goojerat had been won, the cavalry pursued the Sikhs for over twelve miles, forcing their surrender at Rawalpindi on 8 March 1849.

Jenkins rose to the rank of Captain on 31 January 1852. Transferring to the 1st Bengal European Cavalry, he advanced to Major on 1 July 1857. He then joined the 19th Hussars, becoming Lieutenant-Colonel on 1 January 1862 and Colonel on 1 January 1867. He retired on 11 July 1877 as an honorary Major-General; sold with copied medal rolls and genealogical research. 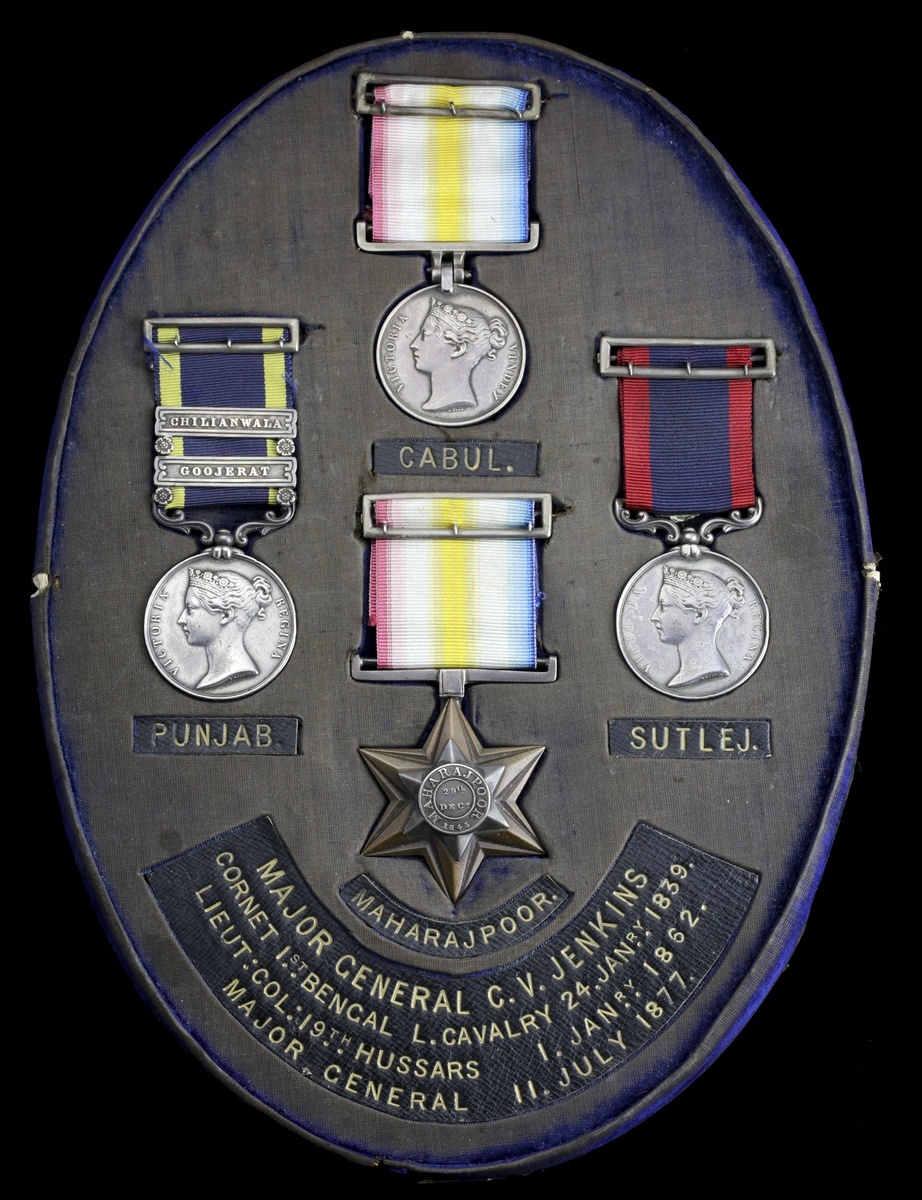