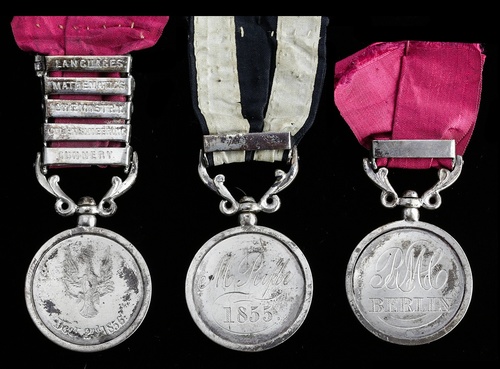 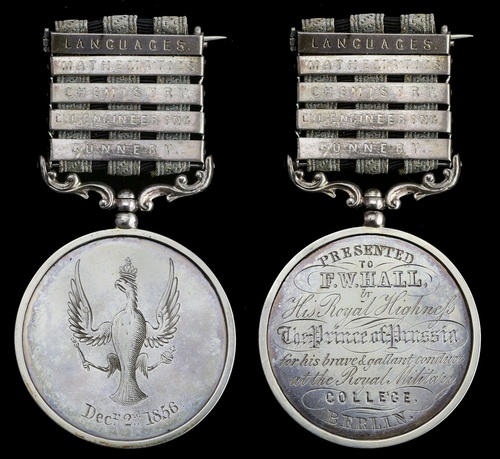 A most unusual and interesting set of awards from the Royal Military College, Berlin, to Ensign F. W. Hall, including a Medal for Gallantry presented by the Prince of Prussia

(i)
A large silver Medal, the obverse featuring a fine engraving of the Prussian Eagle,'Decr. 2nd. 1856' beneath, reverse finely and attractively engraved (Presented to F. W. Hall, by His Royal Highness, The Prince of Prussia, for His Brave & Gallant Conduct at the Royal Military College, Berlin.), with silver suspension and 5 clasps, Gunnery, Cvl. Engineering, Chemistry, Mathematics, Languages, the last with wearing pin attached, in original fitted case of issue, embossed to front in gilt lettering, 'F. W. Hall, Ensign, Berlin. 1856.' 44mm.; together with corresponding miniature silver Medal with similar clasps and obverse design, the reverse engraved, 'RMC Berlin', 25mm.

The Royal Military College, Berlin - otherwise known as the Prussian War College - was the highest military facility of the Kingdom of Prussia to educate, train and develop general staff officers in the nineteenth century. It is likely that the large Medal was presented by Prince Frederick William of Prussia, affectionately known as 'Fritz.' He was born in 1831, the only son of William I, King of Prussia and Emperor of Germany, and his wife, Augusta, the daughter of Charles Frederick, Grand Duke of Saxe-Weimar-Eisenach. In 1858 he married Victoria, Princess Royal, the eldest daughter of Queen Victoria and Prince Albert. A victorious commander in the Prussian War of 1870-71, his liberal sympathies made his position at court difficult over the following years. He succeeded his father as Emperor in 1888, but ruled for only 98 days, before succumbing to cancer. 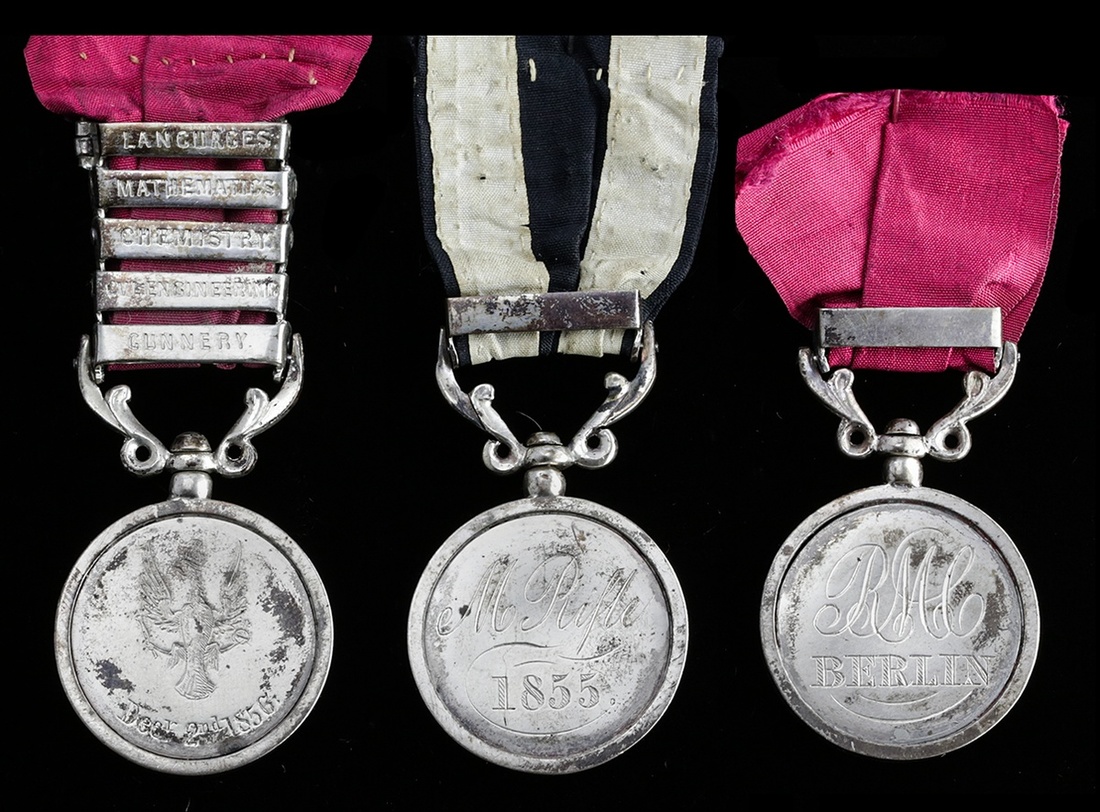 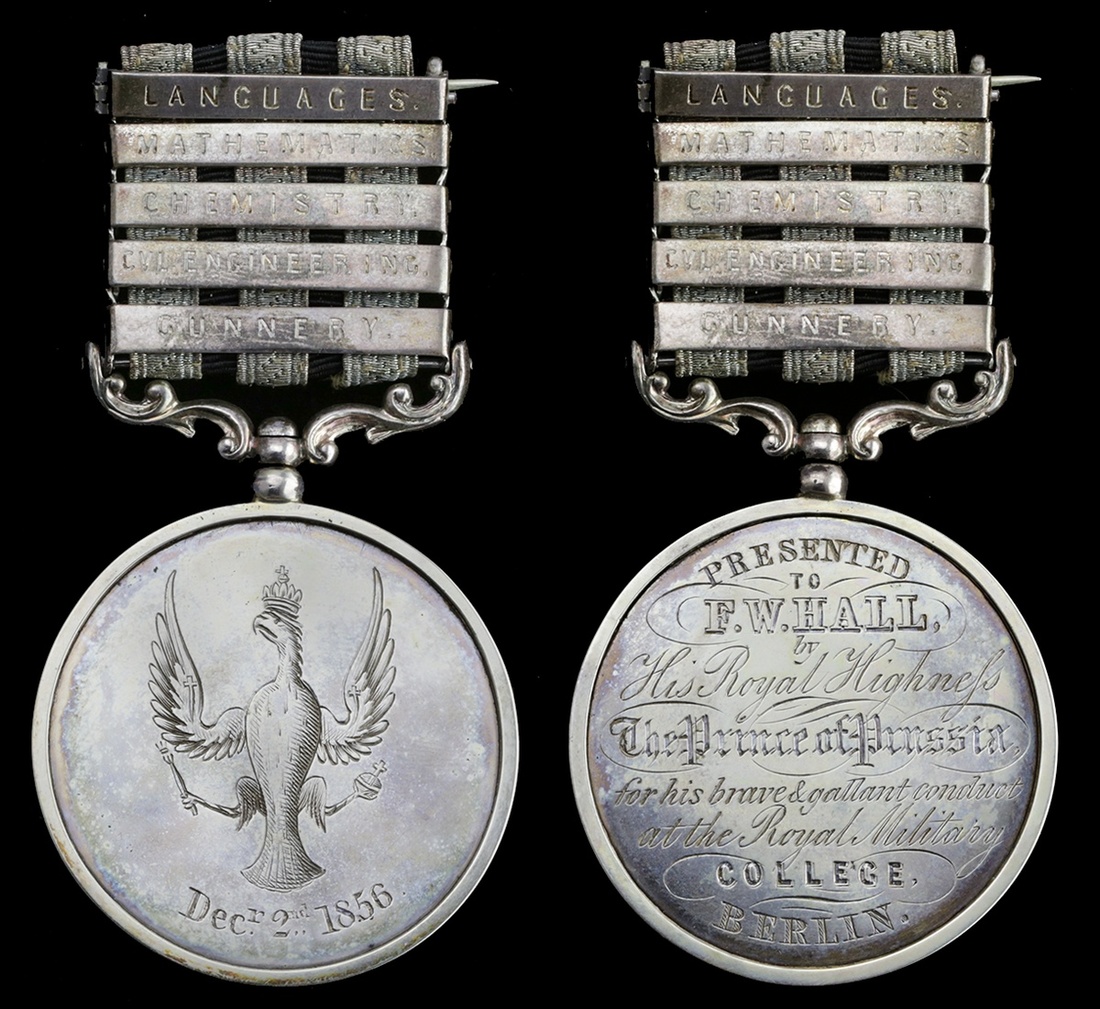