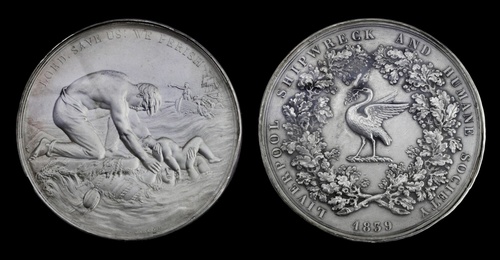 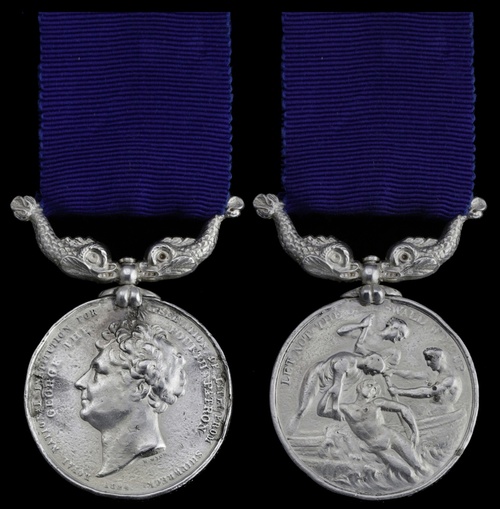 
Thomas Lewis was awarded the Marine Medal in silver in the 19th Annual Report of the Liverpool Shipwreck and Humane Society:

'The second case is that of James Lewis, Mate of the steamer Earl of Erne, who, on two different occasions, jumped overboard into Clarence Basin (Liverpool Docks) and saved a man, and a boy, from drowning. A Silver Medal was presented to Mr Lewis, who, in the subsequent passage of the steamer across the Channel, was himself rescued from a watery grave.'

One of just two such awards made that year.

Details of the deeds behind Thomas's Silver Medal from the Royal National Institute for the Preservation of Life from Shipwreck appear in Barry Cox's Lifeboat Gallantry: R.N.L.I. Medals and How They Were Won:

'6-10 April 1858: The barque Mary Stoddart, standing from Carlingford, Co.. Louth, Ireland, into Dundalk Bay in a gale, was seen to be in distress by Captain Johnson who went to her assistance. Acting on his advice, the barque managed to anchor near the rocks and, after more than six hours, he returned to Dundalk with a high sea running. Next day, in another boat, Captain Johnston returned and managed to get aboard the casualty where the weather forced him to remain; his boat steamed off to seaward. By the end of the day the Mary Stoddart had dragged one and a half miles and was aground in 12 feet of water, with five feet over her deck and the crew in her rigging. On the 8th, although the gale was still fierce and the sea very high, boats were manned by Mr. Connick in charge of one of them, but they were soon forced to return. The following morning found the gale blowing with great fury yet other boats made further rescue attempts, those led by Mr. Lewis and Mr. Gilmer among them. None was successful, except that at 1 p.m. a boat from Ballurgan got alongside the casualty but the survivors were too weak to do anything. Meanwhile, other attempts were being mounted and, at 5 p.m. a boat in the charge of Mr. Shankey put off from Gyles Quay and was able, three hours later, to land Captain Johnston and six men. Returning to the wreck with two fresh hands in his crew, Mr. Shankey brought ashore the remaining survivors at 6 a.m. on the 10th. Seven members of the barque's crew had perished. The other four medal winners had led rescue boats in the sustained efforts.'

A total of nine Silver Medals were awarded for this rescue.

The Earl of Erne was an iron paddle steamer, built by Robert Napier & Sons, Govan, and launched on 17 May 1855. Owned by the Dundalk Steam Packet Company, and registered at Dundalk, she offered a passenger and cattle service from there to Liverpool. Her history included the lifesaving exploits associated with the barque Mary Stoddart, but on 10 May 1869 the Earl of Erne ran down and sank the Chepstow schooner Wye, laden with copper ore, off the Mersey bar; the schooner's crew was rescued by the Earl of Erne's boats. In 1909 she ran into a trawler and in 1917 she collided with the S.S. Clan Macfadden, both vessels running without lights due to the suspected presence of U-Boats. The Earl of Erne was eventually wrecked in the Mediterranean in 1926. 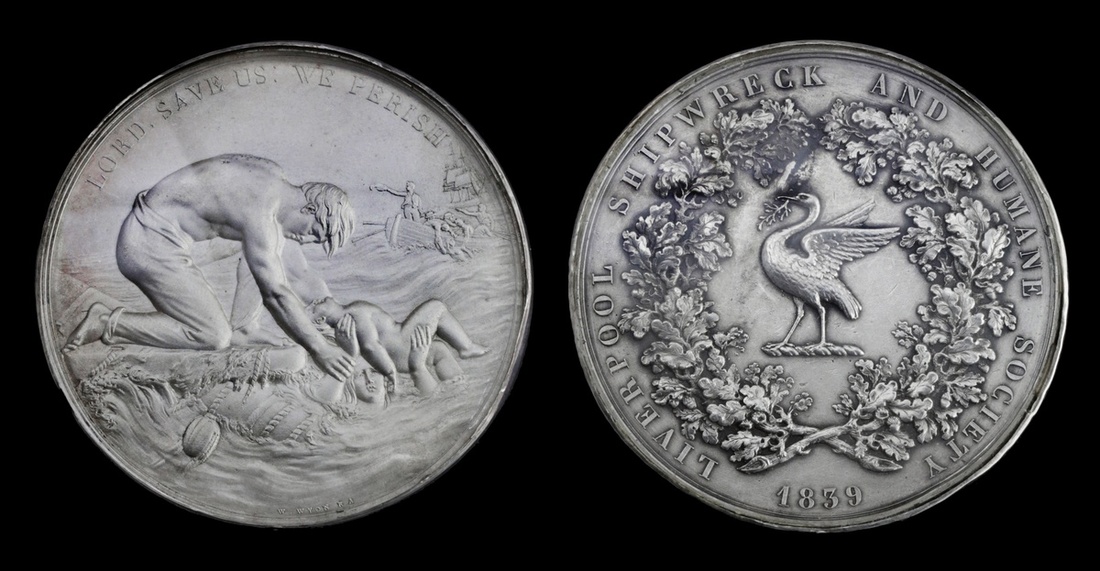 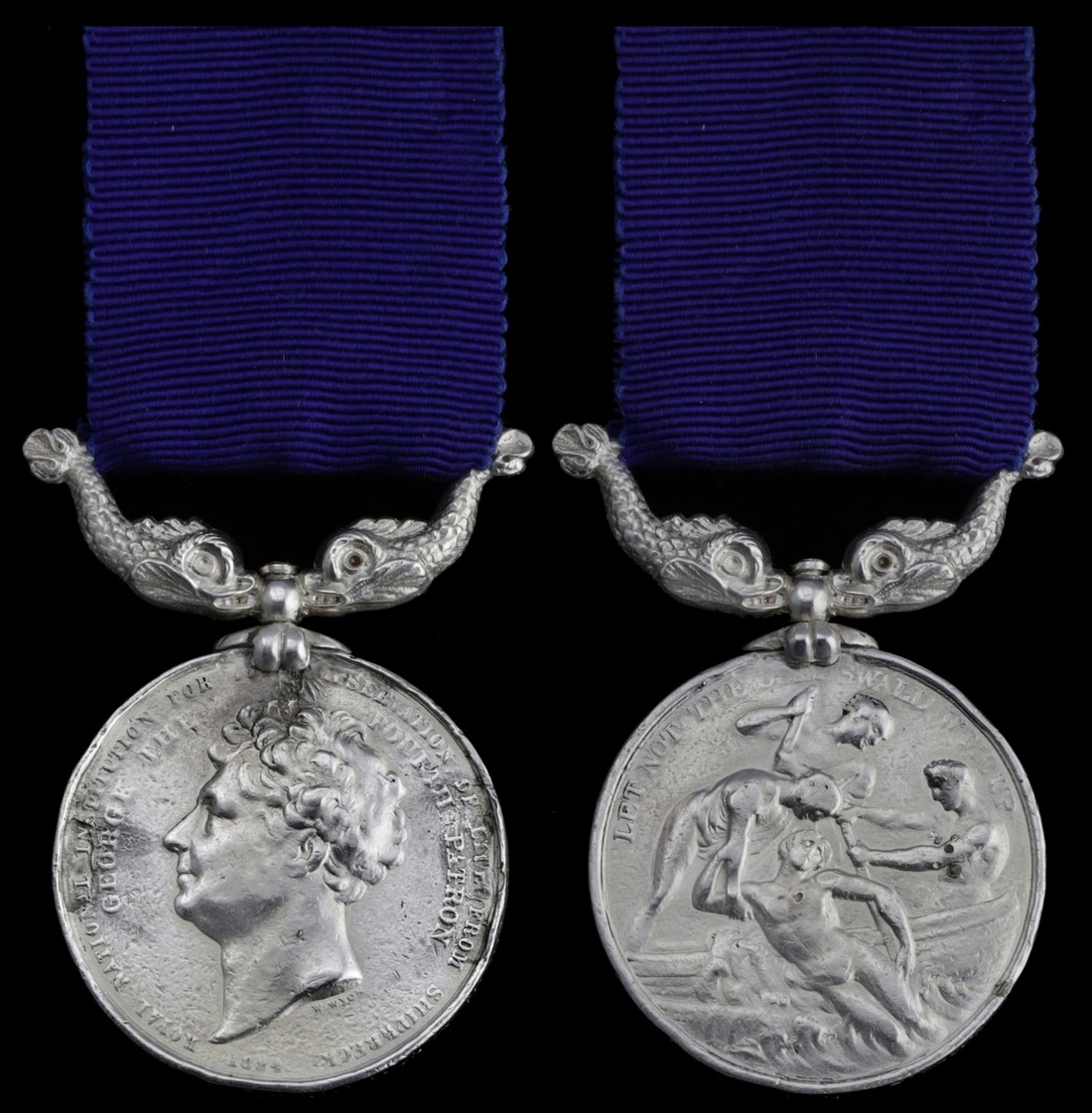