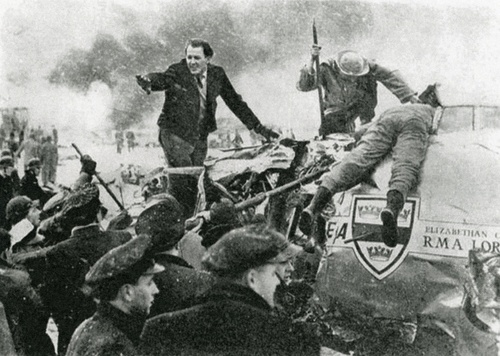 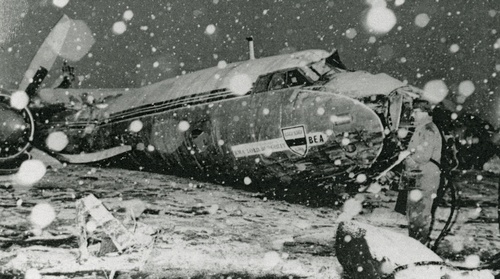 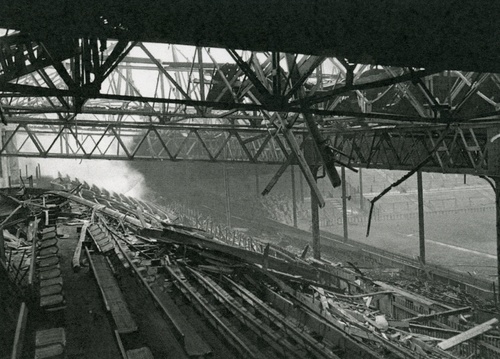 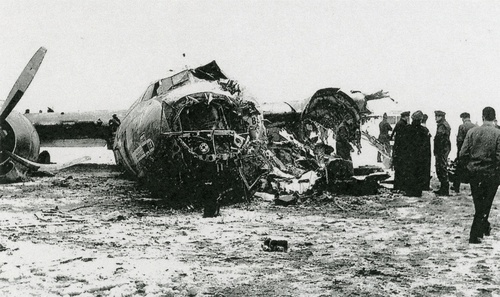 'Resting in Interlaken, Germany was one thing and facing Old Trafford another. When I approached the ground and moved over the bridge along which our supporters had squeezed fifty abreast in there tens of thousands to shout for us, I could scarcely bear to look. I knew the ghosts of the babes would still be there, and there they are still, and they will always be there as long as those who saw them still cross the bridge, young, gay, red ghosts on the green grass of Old Trafford.'

Matt Busby on his return to Old Trafford after visiting Germany in February 1958.

He also held responsibility for crowd control at Old Trafford for 20 years and was well-known to Matt Busby and the leading personalities and players of Manchester Football Club. No wonder they turned to him when disaster struck at Munich airport in February 1958, when - at the club's special request - he personally oversaw the identification and repatriation of the fallen 'Busby babes'

Frederick 'Fred' Waddington was born in Preston, Lancashire on 11 October 1900. After training as a clerk, he joined the Manchester Division of the Lancashire Constabulary on 19 July 1920. Promoted to Sergeant in October 1930 and Inspector in December 1935, Waddington was stationed in the Stretford area of Manchester during the Second World War. A vital centre of industry which produced Lancaster Bombers, Stretford was a tempting target for German bombing raids.

The heaviest raids of the Manchester Blitz occurred on the nights of 23 and 24 December 1940, when 684 people were killed and more than 2,000 injured as the Luftwaffe dropped 467 tons of high explosive over the two nights. In Stretford, 73 people were killed and many more injured, while the Metropolitan-Vickers works were badly damaged. Manchester United's nearby football ground at Old Trafford was bombed not only on 23-24 December but also in March 1941, and was not operational again until 1949. Waddington spearheaded the police effort at Old Trafford, Manchester United coming to regard him as 'a good friend of the club' (Daily Herald, 10 May 1958, refers).

He would later lead the investigation into a fatal stabbing in Cadishead, Lancashire, in June 1945 (Manchester Evening News, 21 June 1945, refers), was promoted to Chief Superintendent of Stretford in August 1947 and was awarded the King's Police Medal.

On 6 February 1958, British European Airways Flight 609 was preparing to take off from Munich. Inside the plane - an 'Elizabethan' class Airspeed Ambassador - were the entire Manchester United team, the 'Busby Babes', fresh from their U.E.F.A. match against Red Star Belgrade. The match was drawn 3-3, but this was enough to send United to the semi-finals of the European Cup. At Belgrade the team boarded Flight 609 for their return to Manchester, but the 'Elizabethan' carried insufficient fuel for a direct flight. The plane was forced to refuel at Munich Airport, landing there at 1.15p.m.

The plane's pilot, Captain James Thain, became aware of strange noises in the plane's port engine. The engines were running on an over-rich mixture, causing them to accelerate too quickly. Thain believed he could mitigate this problem by opening the throttle slower than usual, but after two attempts at take-off this method proved insufficient. After the second failed attempt, the plane's passengers retired to the airport lounge while Thain conferred with his engineer, who advised not to attempt another take-off until the next day. Duncan Edwards, a United player, sent a telegram to his landlady in Manchester with the words:

Thain, anxious to keep to schedule, decided upon one last take-off attempt: this time he would open the throttle even more slowly. Passengers were recalled to the plane just 15 minutes after leaving it. At 3.03p.m., the control tower had his decision to attempt take off. He was given only one minute of clearing time. Thain's extra-slow throttle opening might have worked, had it not been for the slush which covered the runway following a snowfall that morning. The plane accelerated down the runway, reaching 117 knots. It was no longer safe to abort take-off. Thain expected the speed to rise to 119 knots, the minimum required to get off the ground. Instead, slush clung to the plane's wheels and the speed fell to 112 knots, then 105. With hardly any runway left, the plane could neither stop nor take off. Tearing through a fence, it crashed into a house and burst into flames. Twenty passengers died on impact, while a further three succumbed to their wounds in hospital. The crash destroyed what might have been the finest generation in English football history.

Manchester United specifically requested the assistance of Waddington, who arrived in Munich within hours of the tragedy (Daily Herald, 10 May 1958, refers). He was assigned the grim task of identifying victims and repatriating the deceased, liaising between the German Police, officials of the club, and British European Airways to investigate the crash. The Lancashire Constabulary Journal, gives further detail:

'Because of his personal knowledge of the people involved in the Munich air crash on 6th February, in which the Manchester United Football Club sustained such grievous losses, Chief Superintendent F. Waddington of Manchester Division flew to Munich the following day to assist in the many arrangements found necessary. Mr. Waddington, who went at the special request of the Manchester United football club stayed in Munich until Monday, 10th February. We understand that the assistance he rendered on this occasion was deeply appreciated by the officials of the football club, the B.E.A., the German police, and all concerned in this disaster.'

Waddington was again on duty for the clubs first home game after the disaster, when it appeared that the entire city turned out to see their side play West Bromwich Albion. He is quoted in Manchester United 1958-68: Rising from the Wreckage:

'In twenty years of controlling crowds at Old Trafford I have never seen anything like it.'

Some 60,000 had crammed into the ground, whilst at least a further 30,000 thronged the streets. A cornerstone of the community and Club, he retired to Lancaster in 1961 and died in June 1984; sold with original Buckingham Palace bestowal document for the M.B.E., in original Central Chancery envolope addressed to '168 Seymour Grove, Old Trafford' and a copy of the Statutes of the Order. 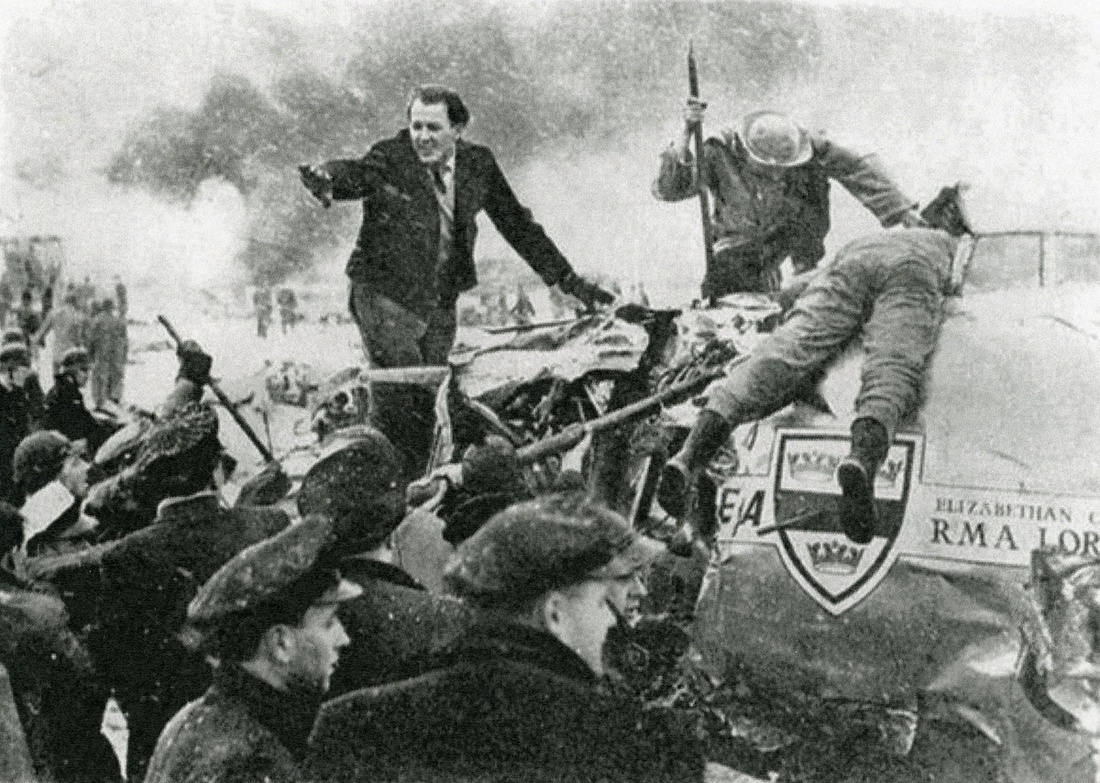 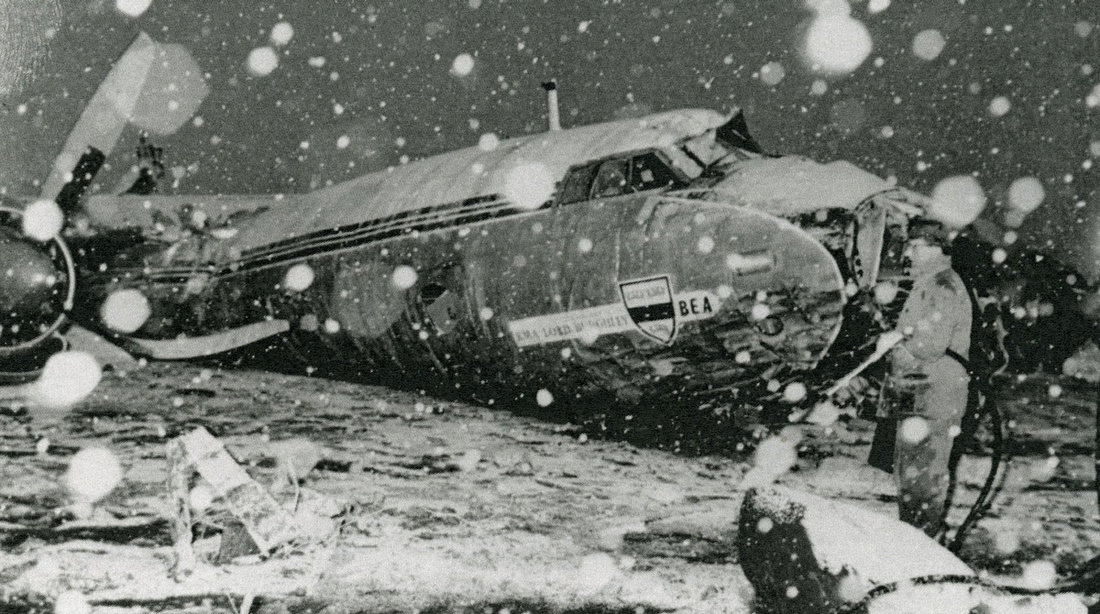 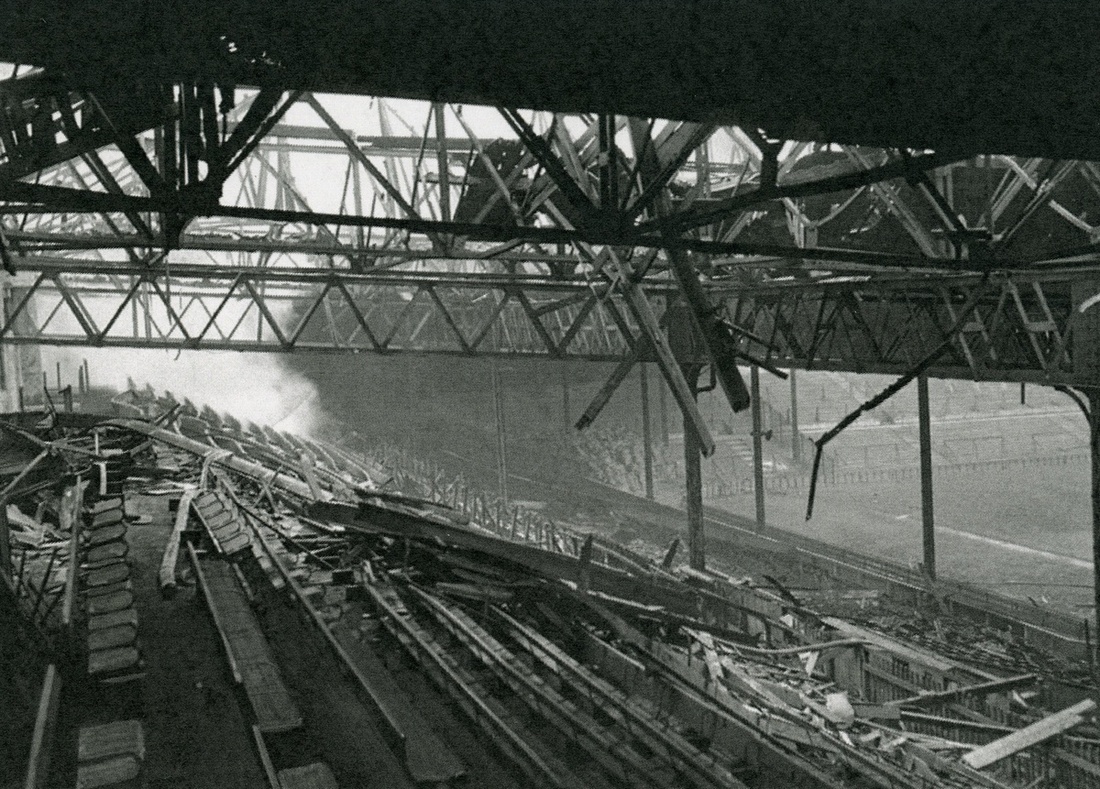 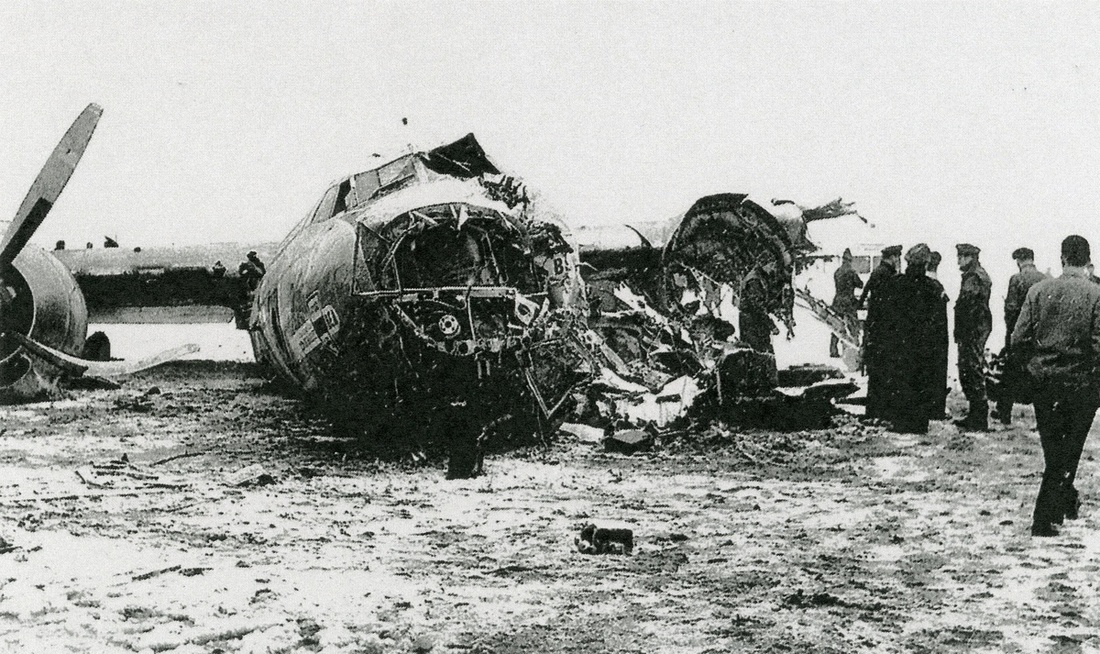