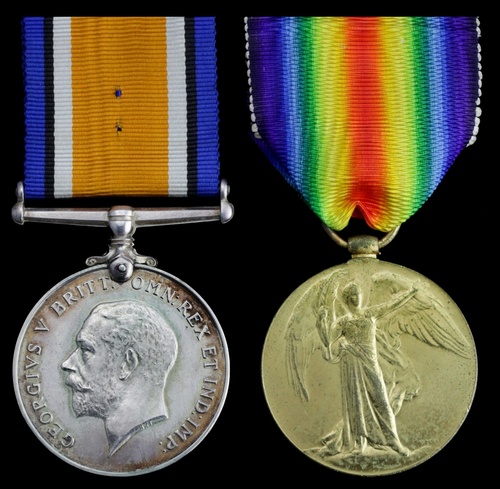 Wounded in the attack on Beaucourt in November - on which occasion Lieutenant-Colonel Bernard Freyberg won the V.C. - he was killed in action on the second day of the battle of Canal du Nord in September 1918


Reginald Samuel Palferman was born on 3 March 1897 and lived at 10 St. John's Road, Swansea, later 149 Manselton Road, Swansea. He was the son of Samuel and Victoria Palferman and a member of St John's Anglican Church, Hafod. A haulier prior to enlistment, he joined the Royal Naval Volunteer Reserve on 5 June 1915 and was drafted from the 3rd Reserve Battalion to Nelson Battalion, M.E.F., on 5 December. Almost a month later, he was posted to Nelson Battalion at Mudros, too late to be involved in the Gallipoli Campaign which terminated on 9 January 1916; Palferman was next embarked for Marseilles, where he arrived in May 1916..

The Royal Naval Division - and his Battalion - next participated in the final phase of the Battle of the Somme, advancing on 13 November 1916 along the River Ancre to capture the village of Beaucourt. The objectives of the men of Nelson Battalion, supported by the 2nd Royal Marine Light Infantry, Anson and Drake Battalions, were the second and fourth 'Green' and 'Red' lines. They would 'leap-frog' other units with the aim of securing the road to Beaucourt station and reach the 'final objective'; the land beyond Beaucourt, where they would consolidate their gains.

The attack was a disaster. The men were already suffering from having reached the assembly area at 9p.m. the night before, and having to lie out in the open in driving rain only 200 yards from the German line until Zero hour at 5.45a.m.. Due to intense shelling prior to the assault, the German trenches had been significantly damaged, but as a result, the attackers became seriously disorientated meaning that the tactic of leapfrogging could not be employed. A light mist hampered things further. The rolling artillery barrage failed as units became bogged down and separated with significant casualties estimated at 50% occurring in no-man's land before even the first German trench had been captured. Three commanding officers from the Nelson, Drake and Anson Battalions were among the early casualties: Lieutenant Colonel Burge of Nelson Battalion was killed whilst attacking a well-fortified section of the 'Dotted Green Line', and Lieutenant-Colonel A. S. Tetley, R.M.L.I., in command of Drake was mortally wounded, thought to be as a result of enfilade machine-gun fire from the left flank. Anson Battalion were more successful and secured the road, but their commanding officer, Lieutenant-Colonel Saunders was killed before he had even reached the assembly point.

In difficult circumstances the situation was resolved by Lieutenant-Colonel B. C. Freyberg in command of the Hood Battalion who managed to break the German defences with 420 men and the support of a machine-gun from the 189th M.G.C. Beaucourt was finally captured, although what remained was little more than cellars strewn with debris. Lieutenant-Colonel Freyberg was brought back from the village having been twice wounded, once seriously. His cool and capable leadership which had carried the advance a mile into German lines on 13 November, together with the eventual capture of the village, was duly rewarded with the award of the Victoria Cross. Part of the citation for the V.C. to Freyberg offers more detail as to the events as they unravelled:

'Owing to mist and heavy fire of all descriptions, Lieutenant-Colonel Freyberg's command was much disorganised after the capture of the first objective. He personally rallied and reformed his men, including men from other units which had become intermixed. He inspired all with his contempt of danger.'

Had it not been for such inspirational leadership, the attack may well have been a disaster; over 100 officers and 1600 men were killed, with a further 160 officers and 2,377 men wounded. Amongst the Naval Brigades, almost 75% became casualties including Palferman.

The day following the first assault, 14 November 1916, Palferman was admitted to the 1st Canadian General Hospital at Etaples with a severe wound to his lower right leg. He returned home aboard the Hospital Ship Newhaven and was admitted to the Northumberland War Hospital two weeks later to recuperate.

The attack had achieved the majority of objectives but at great cost, and the men of the Royal Naval Divisions were extremely critical of their new divisional commanding officer, Major-General Cameron Shute, who had taken over from the wounded Major-General Archibald Paris on 17 October 1916, just prior to the attack; he was replaced at noon on 15 November by Major-General H. B. Williams. It was felt that Shute had an intense dislike for the unconventional 'nautical' traditions of the division and made numerous unpopular attempts to stamp them out; following one particularly critical inspection of the trenches by Shute, an officer of the division, Sub-Lieutenant A. P. Herbert, later to become a famous humorous writer, legal satirist and Member of Parliament for Oxford University, penned a popular poem that summed up the feelings of the men of the Royal Naval Division:

The General inspecting the trenches
Exclaimed with a horrified shout
'I refuse to command a division
Which leaves its excreta about.'

And certain responsible critics
Made haste to reply to his words
Observing that his staff advisors
Consisted entirely of turds.

For shit may be shot at odd corners
And paper supplied there to suit,
But a shit would be shot without mourners
If somebody shot that shit Shute.

Palferman had recovered sufficiently to be taken join the Base Depot, Calais on 28 March and returned to the Nelson Battalion on 2 May. He was admitted to a field ambulance on 3 July 1917 and again on 2 January 1918 suffering from trench foot, severe enough to lead to his admission to the 2nd Canadian General Hospital at Le Treport. Discharged from hospital, he was cross-posted to Anson Battalion on 25 February 1918 before taking leave home to the U.K.; returning to his unit 24 hours overdue, he received a day's field punishment and forfeited 2 day's pay.

Palferman was killed in action on 28 September 1918, the second day of the Battle of the Canal du Nord. He died in La Folie Wood during an attack on the defences of the Hindenburg line; as a result of the surprise achieved over the 1st Prussian Guards Reserve Division and the 3rd German Naval Division, the final road to Cambrai was open.

Initially buried in an isolated grave 20 yards from a road leading from Cambrai, his body was exhumed in 1920 and was reburied in the Moeuvres Communal Cemetery Extension; sold with copied service record and research. 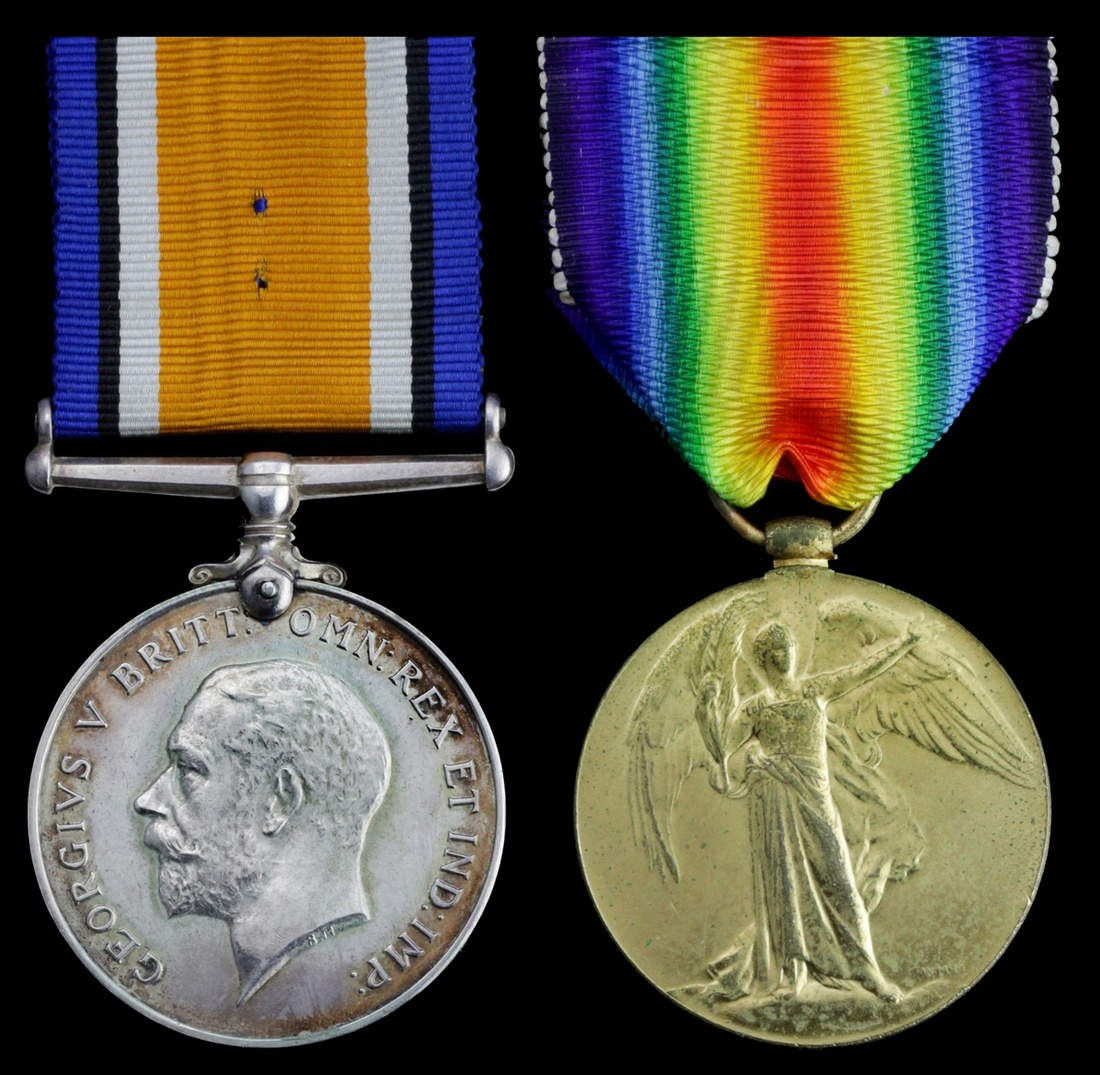