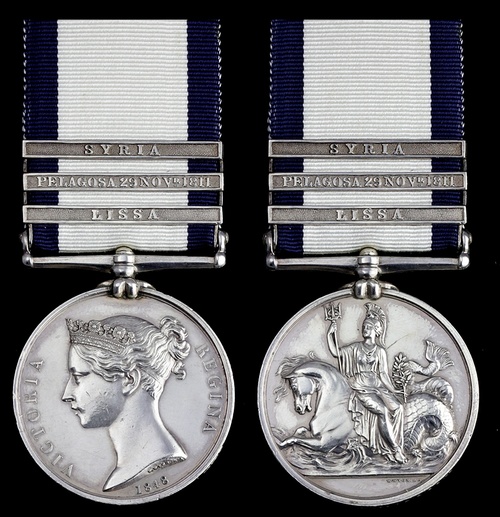 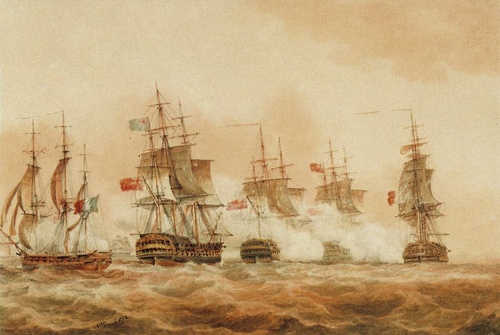 A unique name and combination.

William Tuckey was born in 1791 at Maidstone, Kent and joined H.M.S. Active as a Volunteer at Chatham in September 1809. Serving as a Landsman, he was subsequently present at the Battle of Lissa (Vis, Croatia), 13 March 1811. During the Battle, a massively outnumbered and outgunned British frigate squadron defeated a mixed squadron of French and Italian vessels for control of shipping in that portion of the Adriatic.

Aboard Active, Captain James Gordon had spotted the raiders in the early hours of the morning enabling a force to be assembled. As the French vessels bore down on the British, Captain William Hoste raised the signal:

What resulted was later considered to be one of the finest achievements of the entire Napoleonic Wars. Hoste's squadron drove the French flagship ashore and scattered the squadron. All four of the British vessels played their part and Active suffered 4 killed and 24 wounded, capturing the Italian Corona after a fierce firefight.

She would later be commissioned into the Royal Navy as H.M.S. Daedalus.

Eight months later, Captain Gordon of the Active, with Tuckey aboard, sighted a French squadron off the island of Augusta in the morning of 29 November 1811. Captain Murray Maxwell of Alceste sent a telegraph to Gordon, shortly before the first shots were fired:

'Remember the Battle of Lissa.'

At 2pm, Active arrived to pour fire into the Pomone, with Pauline and Alceste also sharing in the action. Pomone was suffering badly, but in a fierce 20-minutes, Active also took heavy fire. Gordon himself had his leg severed after he was hit with a 32-pounder carronade shot. By the close of play a British victory had been secured, with Active suffering 9 killed and 26 wounded, over half of the casualties for the engagement.

Transferred to Tenedos in June 1812, Tuckey would see his fair share of action in the United States. This would culminate with the capture of the U.S. Frigate President off Sandy Hook in January 1815. Having joined the chase with Majestic, Endymion and Pomone, it would be Tenedos which ranged alongside President to take the surrender after she had badly damaged by the British.

With the end of hostilities, Tuckey was paid off in August 1815. Re-joining in 1826, he would see service as an Armourer's Mate and Armourer in Ramillies, Talavera, Isis, and Comet, the first steam vessel of the Royal Navy. Joining Bellerophon in September 1837 and appointed Blacksmith in April 1839, he served in this rank for the operations off the coast of Syria.

Finally retiring from the Royal Navy in April 1844, he was in receipt of a Wound Pension as a result of the loss of an eye in October 1842. Tuckey died at the Bread and Cheese Houses, Chatham, Kent on 16 October 1851; sold with copied research, in part completed by Captain Douglas-Morris. 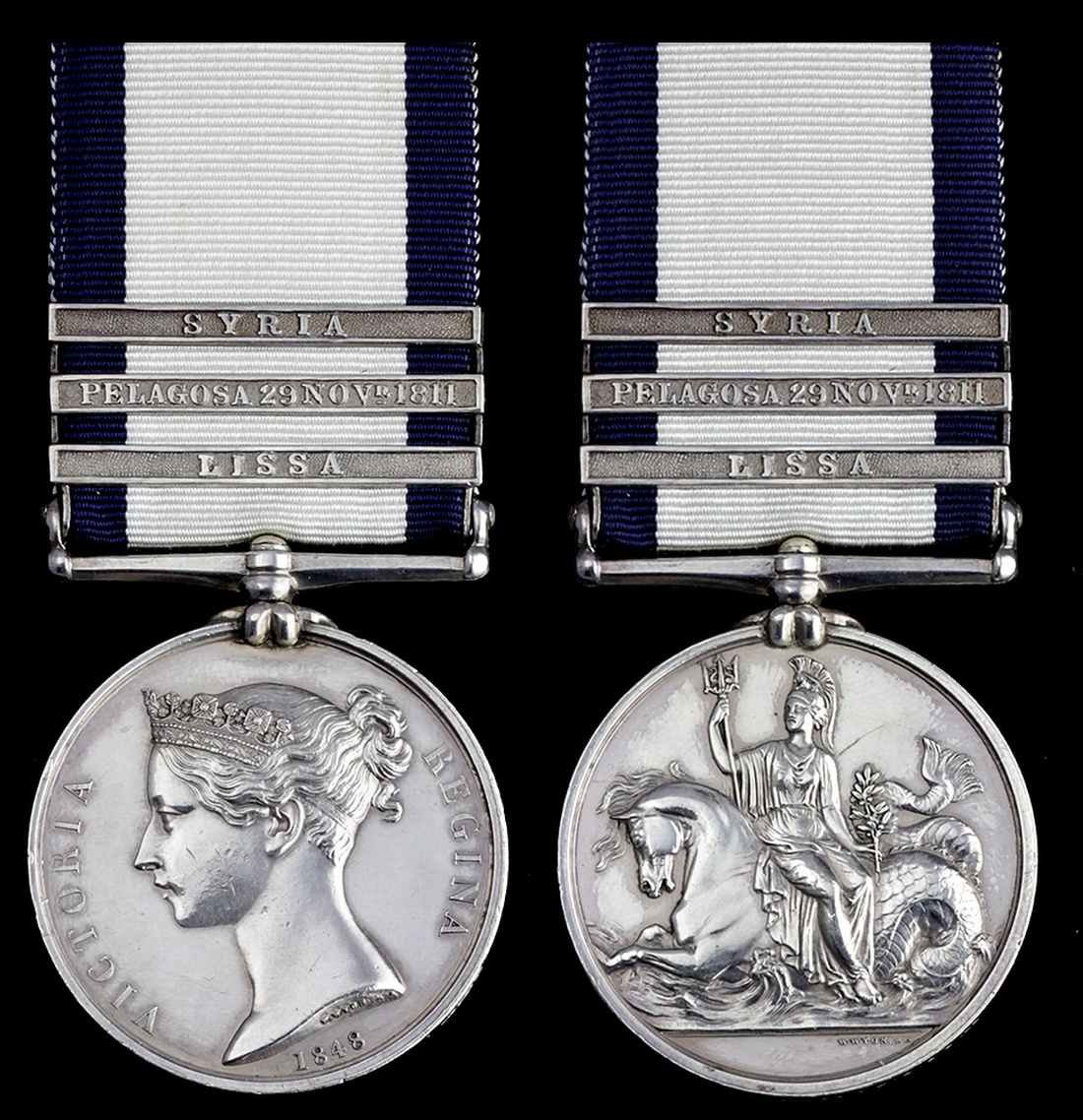 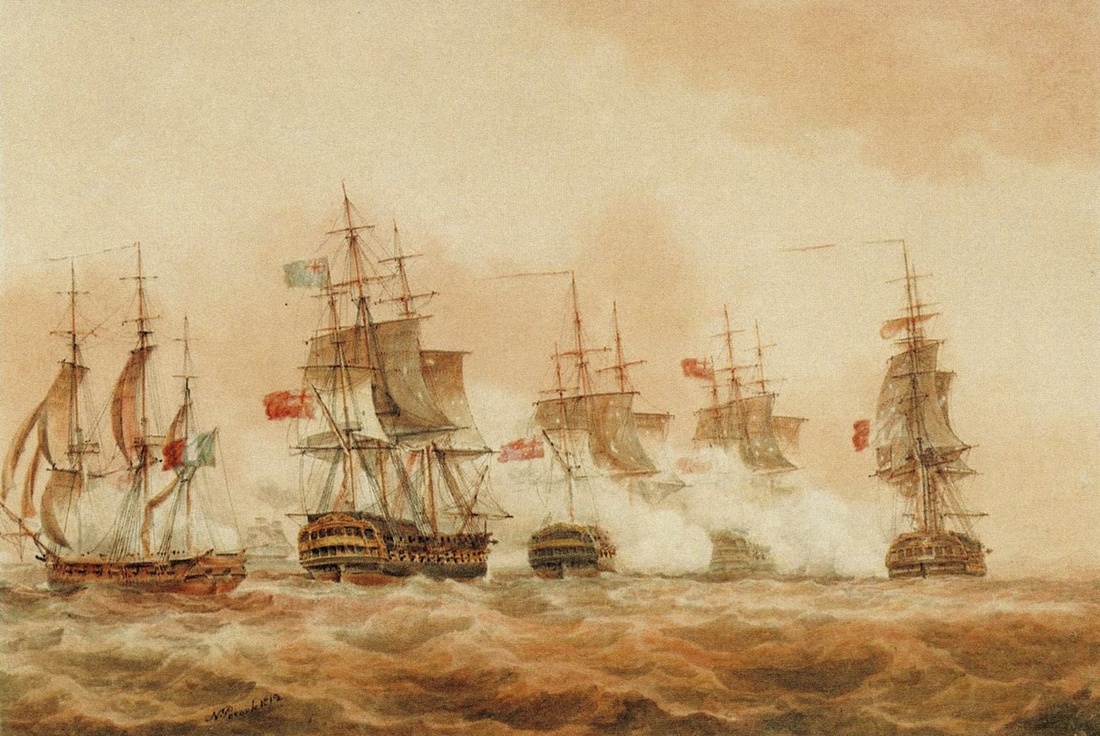