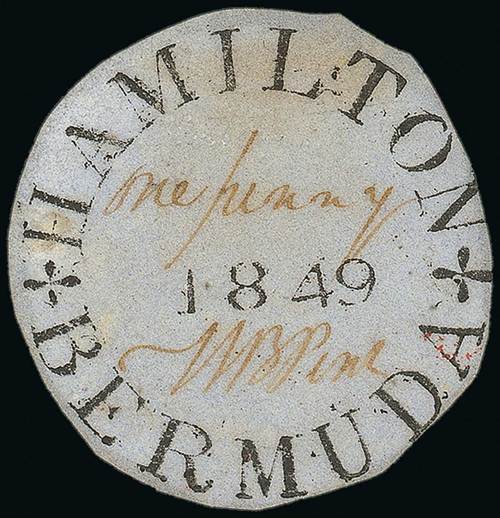 Note: Only eleven examples of Perot's First Issue are recorded with six struck in red and five struck in black.

Of the six struck in red one is known affixed to an entire letter, dated 16 April 1855, in the hand of banker N. Butterfield of Hamilton, addressed to B. Wilson Higgs at St. George's 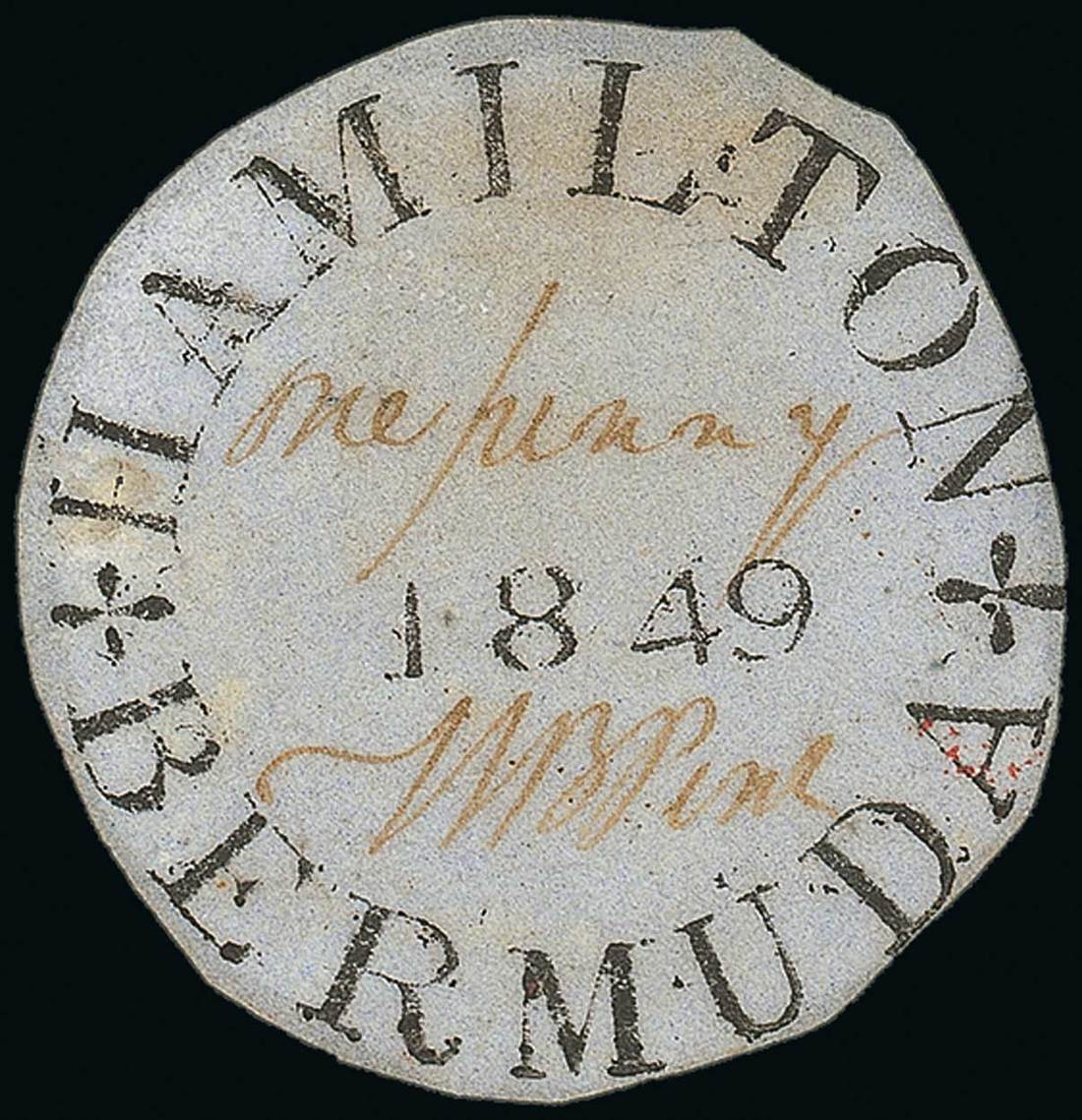