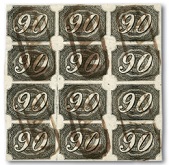 New York, 6th–7th December 2017 | Spink were pleased to host this outstanding event at our New York premises, with three sales including the “Inclinados” of Brazil, Classic Russia and the general Collectors’ Series Sale.

The “Inclinados” Issue of Brazil is of great importance in South American philately, being considered as one of the two rarest regular issued series of stamps of South America. This issue was printed on three different papers, and the early printing (which appeared in 1844, making this one of the earliest issues in the world) was printed on a thick local paper which was used to produce the “Bull’s Eyes”, this being the first issue of the Americas. The “Inclinados” on “Bull’s Eye” paper are exceedingly rare and registered in the RHM catalogue of Brazil as different stamps within the “Inclindos” and therefore catalogued with different numbers. This sale offered a surprising assembly of 22 lots of pieces printed on “Bull’s Eye” paper, also including very rare postal history. Another 51 lots completed this offer, including “Inclinados” printed on other thinner papers, and also featuring some important rarities. 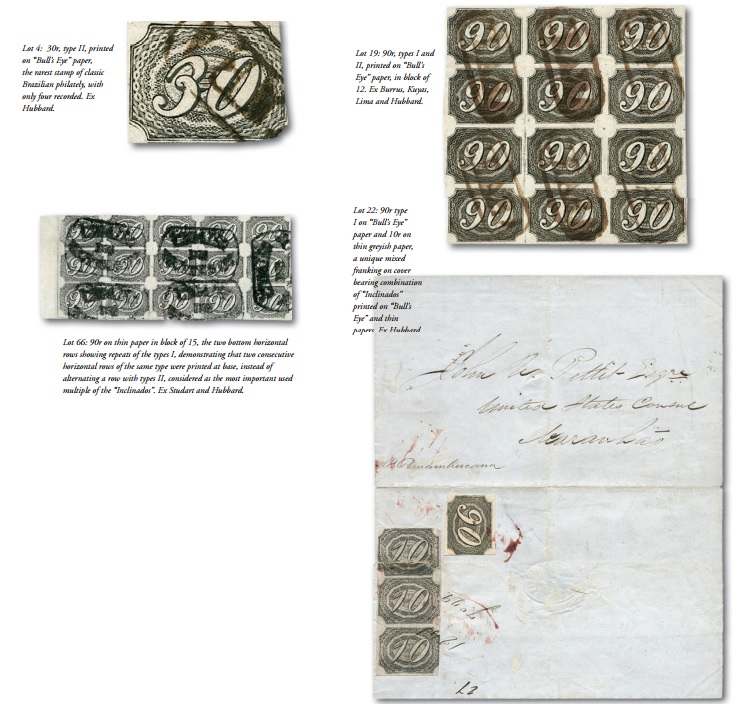 The second sale, dedicated to Russia and comprising a selection of 18 lots, included exceptional gems of the classic period. Russia possesses various features which make it highly fascinating: its vast extension and intricate weather conditions, which made communications a challenge; the elegance of the designs executed in its postage stamps; and its significance in history. These make it one of the important countries in worldwide philately.

This sale comprised a significant portion of the most important items of this country, consequently forming an extraordinary assembly and comprehensive foundation for a most advanced and significant collection of Russia, with gems which may elevate an exhibit to a Grand Prix award in a world stamp exhibition.

All pieces in the catalogue have graced one or more of the most important collections ever formed of Russia, including the following provenances: Breitfuss, Fabergé, Goss, Baughman, Epstein, Mehrtens, Liphschutz, Mikulski and Bianchi. 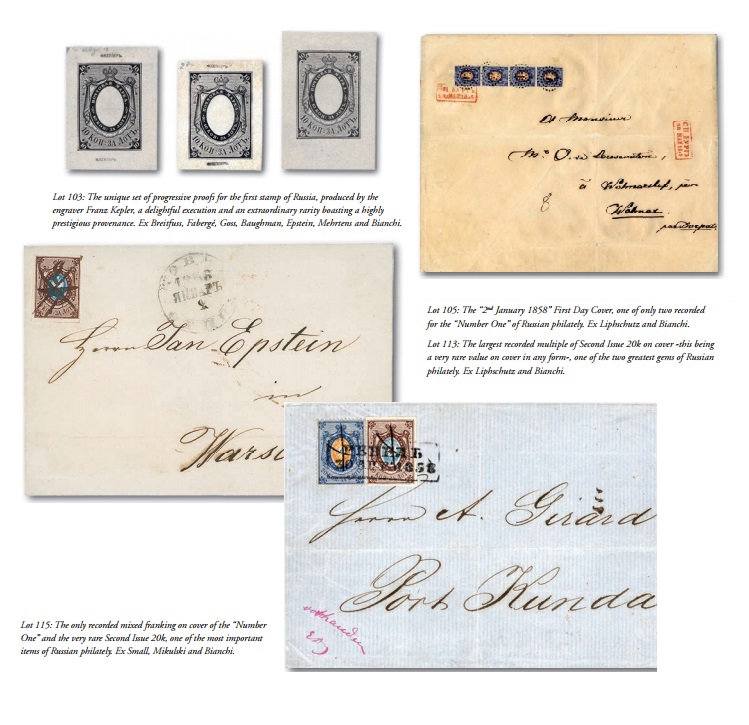 The Collectors’ Series Sale featured the first part of the Federico Borromeo D’Adda collection dedicated to the British West Indies, mainly including stampless postal history and Great Britain stamps used in these territories. The foreign section of the sale also contained some important rarities, and the usual United States section, with stamps and postal history, including an attractive assembly of mint stamps and fancy cancels collection.

This is one of only two examples recorded of the most significant variety of Chile, this example having been recently discovered. The other example recorded was brought to light in 1955; it is important to state the history of this “1955” piece, which reveals the significance of this variety, from the moment at which it was offered at an international auction for the fi rst time. That point in time occurred in the year of 1971, when it was sold in New York at $4,000, to be subsequently acquired, by private treaty, by the famous Chilean collector Joaquín Gálvez. In the 1980s it was offered again at auction, on this occasion in Geneva, being acquired, for about $25,000, by another renowned collector of Chile, the Swiss philatelist Gerhard Blank. In 1989, Mr. Blank sold the stamp privately for $50,000 to Renè Lazo, a distinguished philatelist of Concepción in Chile. In 2004 the stamp changed hands and now graces the collection of an anonymous Spanish philatelist, after he paid a similar figure to the $50,000 for which it was sold in 1989. 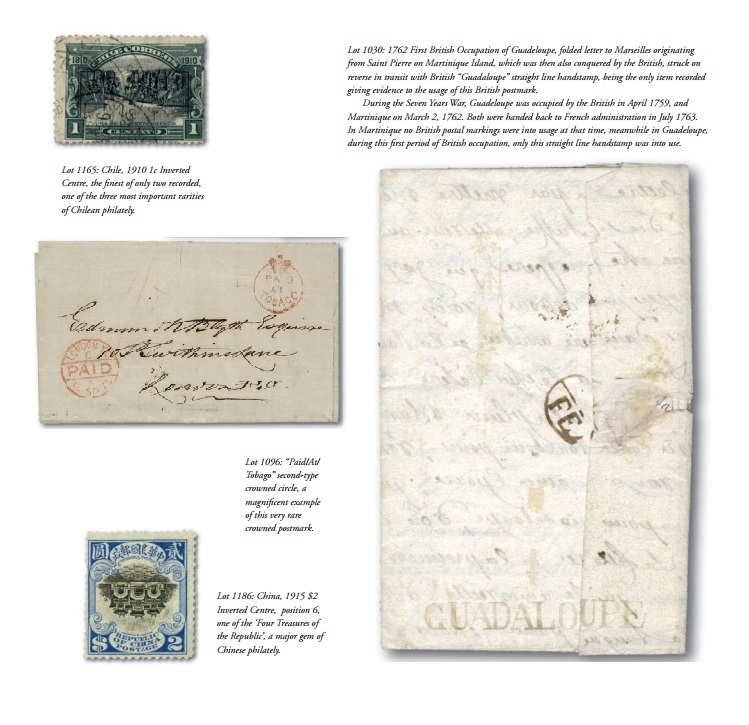